With the Clean Electricity Performance Program, Hickenlooper Can Deliver Major Benefits for Colorado

Posted to Energy Innovation: Policy and Technology LLC in the Generation Professionals Group

Dan is a Senior Policy Analyst at Energy Innovation, primarily supporting the firm’s Power Sector Transformation program in developing policy solutions that unlock an accelerated transition to a...

However, Hickenlooper could usher in truly transformative change by working with his colleagues to gain their support for the most meaningful climate legislation proposed in a dozen years. Congress is considering a budgetary bill that includes the Clean Electricity Performance Program, which would incentivize utilities to clean up their power supply, spurring dramatic economic and public health benefits without raising electricity bills. 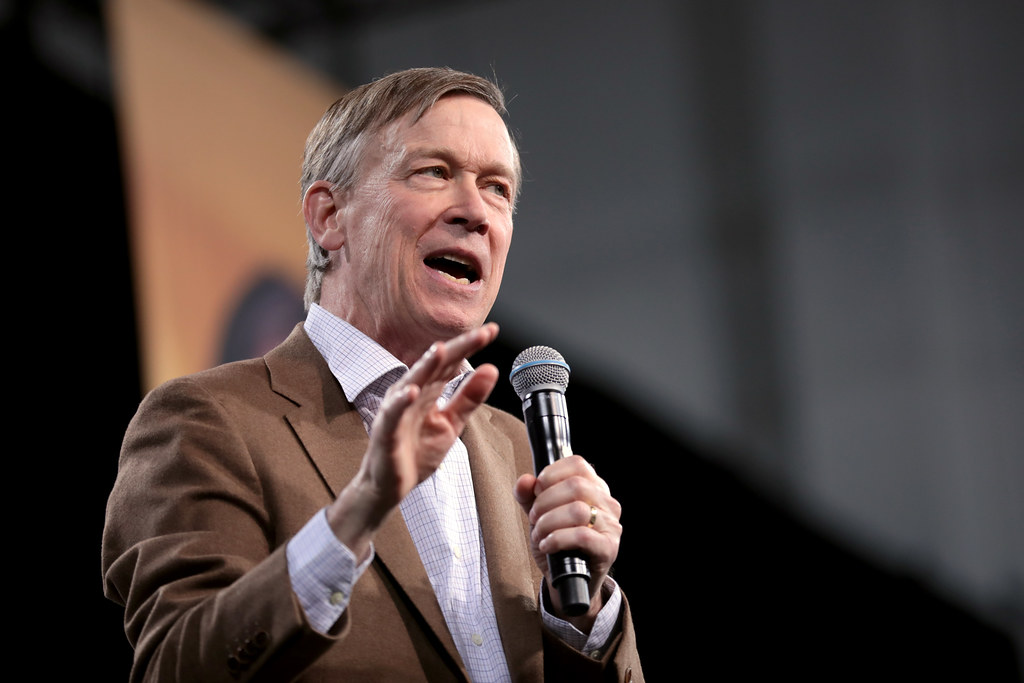 When Coloradans choke on the wildfire smoke sickening our children, squint through ozone to see the outlines of the once-visible Front Range, feel the scorching heat threatening our homeless community, and see our snowpack and reservoirs dwindling in drought, we want leadership that rises to the scale of the problem. Our very way of life is at stake.

The Clean Electricity Performance Program is designed to ensure the United States would generate 80 percent of its electricity by 2030 from carbon-free sources like solar, wind, nuclear, hydropower, and biomass, as well as fossil fuels paired with carbon capture technology, and would deliver the emissions reductions we need.

The program needs just 50 votes to pass the Senate; Hickenlooper has suggested he will vote yes, and his efforts to bring aboard other moderate senators could be decisive. Having campaigned on a promise of 100% renewable energy by 2050, these negotiations are Hickenlooper’s opportunity to capitalize.

Coloradans would support his leadership: 82 percent say climate change is a serious problem, and 72 percent “support gradually transitioning to 100 percent clean, renewable energy over the next 10-15 years.”

Research shows we have the technology to reliably achieve 80 percent clean electricity by 2030, at minimal cost. Reaching this goal would unleash immense benefits across America, including adding up to 1 million net new jobs annually through 2030 and avoiding more than 300,000 premature air pollution-driven deaths through 2050.

Colorado’s economy would gain $15 billion in new clean energy investment through 2030, and replacing our two largest coal plants with local renewables could generate $2.3 billion in economic development in these communities. 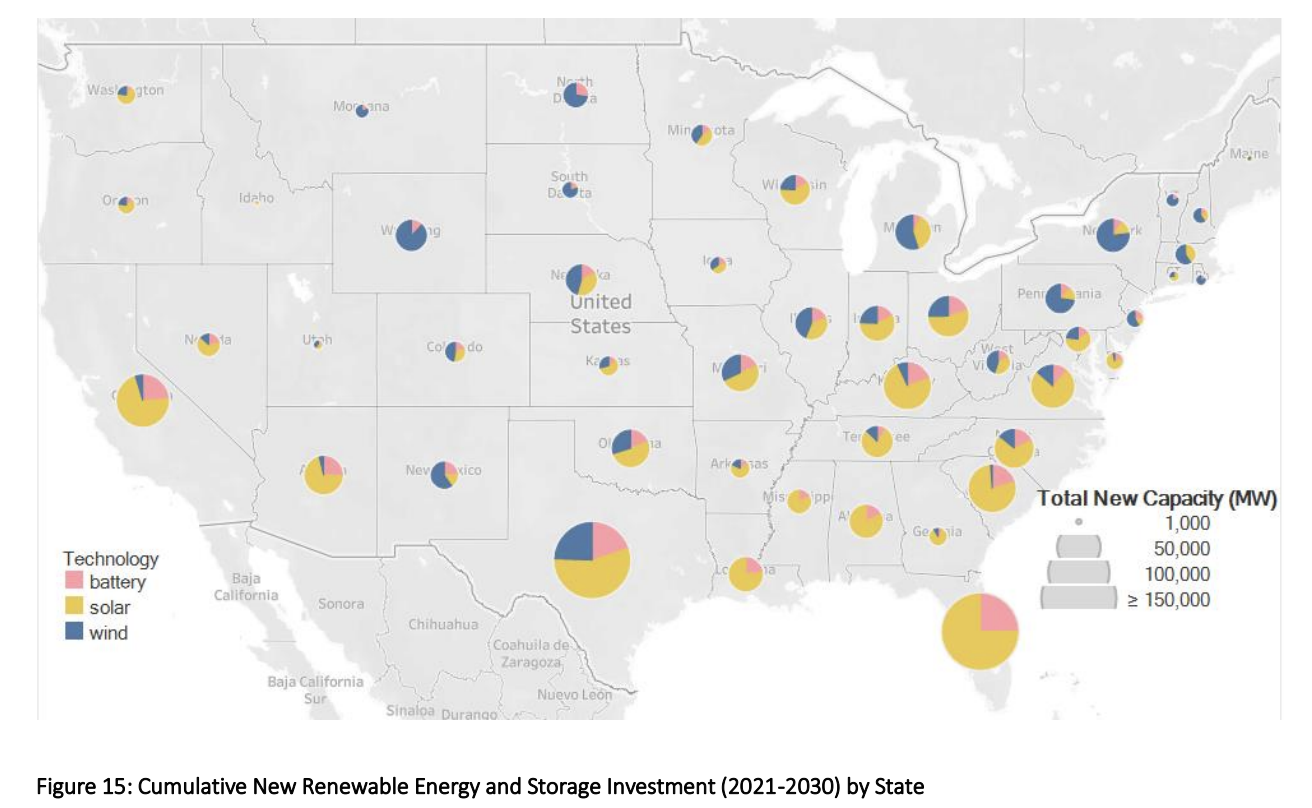 To be sure, Colorado’s state government is rising to the challenge, setting ambitious targets of 50 percent greenhouse gas emissions reductions by 2030 and 90 percent by 2050. The Polis administration also released a roadmap to achieve these goals by adding clean power from our utilities, helping drivers switch to electric vehicles, and increasing energy efficiency in buildings.

Money from the federally-funded Clean Electricity Performance Program would flow through our utilities to customers and communities, with state regulatory supervision to keep bills low and support our coal-dependent communities transitioning to clean energy economies. For example, program funds could pay off bad debt from closing dirty coal power plants where building new locally-sited renewables is already cheaper than continuing to operate existing coal plants. And Biden’s promise not to raise taxes on Americans making less than $400,000 per year would protect most Coloradans from the program’s cost.

While Colorado can’t fight climate change on its own, this program would help states work together toward a unified goal, leveraging the full strength of the federal government and our national economy. It would also demonstrate America’s commitment ahead of November’s crucial international climate summit.

Rarely does such a beneficial, no-regrets policy become possible. All members of Congress should support the program, but our contentious politics have left a narrow path to success. Hickenlooper should trumpet his support for the program and work with his colleagues to gain their support, as only a senator with his business acumen and negotiating prowess can do.

Thanks for sharing, Dan. One of my big questions for ambitious plans like this tends to be: what happens if we fall short of the goals? Are there mechanisms in place that will 'punish' the offenders? Or will we end up just kicking the can down the road if it becomes clear we're not on track? I'm all for ambitious targets, but when they don't have teeth then they feel more like posturing than anything else.

Thanks for the question, Matt. The Clean Electricity Performance Program incentivizes electric suppliers to add more clean electricity each year through both carrots and sticks. The carrots are grants that the suppliers would achieve if they meet their goal for a given year (i.e., increasing clean electricity by 4 percentage points)--though this money must ultimately flow through to ratepayers and communities. The sticks are penalties that suppliers would pay the federal government if they fall short of their goal--and these funds must come from shareholders rather than be passed through to ratepayers. Together, they are designed to push suppliers to achieve ~80% clean electricity by 2030 on average in the U.S. (Note that since the program is part of Congress's budget reconciliation process, it can only operate via provisions that raise or spend money, so it cannot set firm requirements.)

Just another scheme by democrats and the investment class to enrich themselves at the expense middle class. Who do you suppose pays for this massive tax increase? Energy costs will soar with inconsequential improvements to CO2 in the air. Indeed, green energy devastates the environment. Reason is simple. Renewable energy requires vast swaths of land.