Posted to Energy Central in the Generation Professionals Group The energy industry is in a state of rapid transformation, with new technologies, advancing innovation, funding for new ideas, and policies coming from governments and regulations to drive what the power sector of tomorrow will look like. While we’re always looking to keep our ear to the ground on the latest and greatest in energy here in the Energy Central Community, one of the strongest ways we have to do that is to make sure we’re learning from the experts who have seen the evolution unfold over the years.

That’s why in our Network of Experts we often bring in the seasoned utility veterans who drove the utility sector for decades to get where it is today, as learning from the past is one of the best ways to be thoughtful and smart about the future. I’m thrilled to announce another member of our Expert of Networks who can bring with him 5 decades of utility industry experience, Patrick McCormick.

Patrick has retired from his position as Senior Energy Trading Specialist at SMUD, but he’s still active in the industry and keeping up with the most recent developments. Given how much he has to offer, we’re happy to have him on board as an expert in our Generation Professionals Group. To give an introduction to him and his experience that he’ll bring in that role, he agreed to do as a part of the Energy Central Power Perspectives ‘Welcome New Expert Interview Series’: 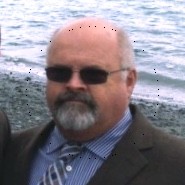 Matt Chester: This interview is one of the most direct ways we have to introduce you to the Energy Central Community so they know to keep you in mind as they have questions on your topics of expertise or to know why they should pay attention to your posts. So, can you give a quick background on what your background is in the utility  industry and what your areas of expertise are today?

Patrick McCormick: I got started in the utility when I was 18 years old, back in 1975 when I was hired on at our local utility here as a meter reader for summer relief while I was going to junior college at the time. I continued on part-time, mostly like clerical-type stuff after that, but I would, when budgets allowed come back for the summertime. So, I ended up reading meters for three summers while I was going to college.

After college, I transferred to the nuclear plant, Rancho Seco, as an operator.  I started on the ground floor of operations, which is called power plant helper. I carried a rag in my back pocket and walked around and checked the equipment.  I started at Rancho Seco in 1981, two years after the incident at Three Mile Island in March of 1979. The TMI incident was a big deal for nuke plants because at that time it was considered the worst mishap for Commercial Nuclear Power.  So, the NRC-Nuclear Regulatory Commission was looking to require more licensed operators on shit with more engineer-like people with college backgrounds. So, I fell into that being that I had just finished college.

Within four years, I sat for and passed my NRC  operator licensing exam and was actually pulling rods and taking the reactor critical and all that by the time I was 28 years old. So, it was a very intense training and learning experience.

Eventually, the anti-nuclear movement shut us down in 1989. We were shut down via a referendum on the ballot.  Because we were a public owned utility, the Board decided to take the recommendations of the voters. I remained out there for about four years while we babysat everything, before I found a new career move into a power system operations into what we called the dispatch office. While there I started to learn how to operate the power grid around Sacramento along with other plant power plants owned by SMUD. We had a hydro project up in the mountains that we operate. We had some thermal plants and natural gas fire co-generation plants as well. I did that until the California deregulation came in. We started trading online with the California power exchange, which at the time was the power exchange for the 3 major investor owned utilities in California. During the 2000-2001 energy crisis, the wholesale energy markets went crazy and the California Power Exchange was forced to close.

MC: What stands out about your experience is just how long you’ve been plugged into the grid (pun intended!). What’s been the most surprising change you’ve seen on the grid in your career? And how does the landscape of the utility industry today for professionals working in it differ from years ago?

Working at a nuclear plant that suddenly shut down was pretty drastic also. But, the effects of deregulating the energy industry was more dramatic.  We ended up having to participate in rolling blackouts during that time and the wholesale market took off and went crazy. 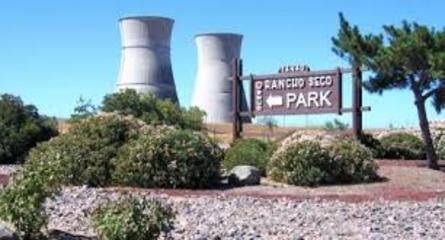 MC: You’re officially retired, though obviously you’re keeping tabs on the sector. Is there a particular develop—no regulatory arrangement, emerging technology, or change in attitude—that you see on the horizon that you’re envious didn’t take place while you were still in the thick of it all?

PM: I'm kind of curious on how they plan on integrating solar and wind energy into the grid, because having been there and tried to balance supply and demand myself, I’ve seen the difficulties we had with the units that we couldn't dispatch. I'm just curious as how do you do that when you have generators out there that you can't dispatch that are intermittent and pretty much are at the whim of mother nature and clouds.

Also, with the new administration that has just taken over and immediately they start making these drastic changes, like shutting down pipelines and pushing for wind and solar and electric vehicles, I’ve learned to be leery when our politicians get into the mix.  I've experienced firsthand what can happen.

Already here in California, we've had blackouts, right? Last summer, we didn't have enough power. And so they had to have blackouts. And isn't it coincidental that that last summer, the summer of 2020? And the state of California said we're going to have some sort of target for renewables, and next thing we're having a blackout! I'm just like, come on you guys, is anybody going to put any common sense into this?

And then what happened in Texas and some of the news outlets were saying that their wind generators froze up, the blades actually froze. I started looking into that and I went to Energy Central and I started reading some of the reports on what actually happened there to see if that was the cause of their problems. When I was looking into that, it's more of a kind of a curiosity, but I'm glad I'm not in the thick of it.

I don't want the stress of that. But, I am kind of curious to see what is actually going on and is nuclear going to come back, because we keep seeing these resurgences of nuclear and new plants, start construction and then we have a Chernobyl-type or a Fukushima-type accident, and then all of a sudden, everybody changes their mind. So, I just kind of more of a curiosity to see what's going on.

MC: What advice would you give for people earlier in their careers who might want to follow a similar trajectory as the one you did over your career?

PM: There are so many options in this industry. When you look at from meter reader to energy trader through the nuclear control room, I mean, can anybody do all that at one company? And so I feel fortunate that I was able to experience all that in my career. It takes a certain aptitude to do some of these jobs. I mean, in the nuclear plant it's a specific kind of skillset and kind of personality who would even want to do a job like that. And then you have the linemen who go out and climb up the poles and during storms and try and fix things. So it's very physically demanding. It takes a certain kind of person to even be capable of working as a lineman.

So, to navigate I would say try and find something that you like to do and that you want to do, and that maybe fits your skillset, your personality. If you go to college in engineering or technical degree, you want to follow that kind of the track. I started studying computers towards the end of my career, and because mainly I was interested in it and our company paid for the tuition for us to continue our education. So, I got a certificate in computer networking. In my job everything went digital and went to computers, and if you didn't know how to run a PC, you weren't going to go very far in energy trading, that's for sure.

So, as far as navigating, just follow your skill set. Find out what you're comfortable doing, but there's certainly a lot of opportunity in the energy industry, That’s for sure.

Thanks again to Patrick McCormick for joining our Expert Network and sharing his time and experience with the community. As you see Patrick engaging across Energy Central, be sure to share any comments or questions with him to tap into his wealth of knowledge!