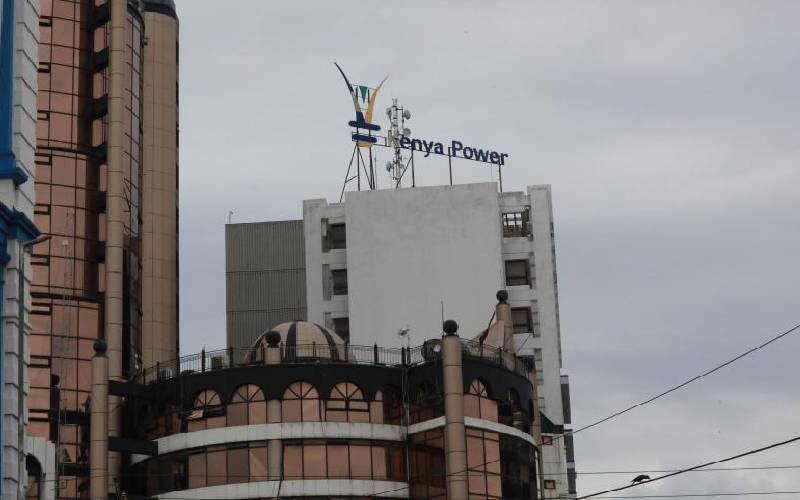 Kenya Power and Lighting Company (KPLC) expects its profits to decline by at least 25 per cent this year due to the adverse effects of Covid-19. This means the company will make a net profit of less than Sh196.5 million this year or even slide into a loss, stretching a grim period that saw the power distributor’s net profit in 2019 dramatically shrink.In June 2019, the power distributor posted a Sh262 million profit after tax, a significant drop from Sh3.27 billion that it made in the year ending June 2018.

SEE ALSO: Children's contribution to the battle against coronavirus invaluable

In a statement to its shareholders yesterday, the listed company attributed the impending poor performance to the coronavirus disease whose stringent containment measures have led to reduced economic activities, with hotels, restaurants, night clubs and airlines remaining shut.“The Covid-19 pandemic has adversely affected our business operations, leading to slow growth in electricity sales and an increase in financing costs resulting in reduced earnings,” said KPLC’s board of directors through Company Secretary Imelda Bore.Electricity sales in April, the first month of the stringent containment measures, declined to a four-year low of 645.29 kilowatts. This was the lowest since April 2016, when KPLC managed to sell only 621.35 kilowatts.President Uhuru Kenyatta imposed a 7pm to 5am countrywide curfew and partial lockdown of Mombasa, Nairobi, Kwale and Kilifi counties at the end of March, to contain the infection.Mandera County was later added to the lockdown but those on Kwale and Kilifi were lifted this month.

There is still a 9pm-4am curfew even as all kinds of social and political gatherings are prohibited.Purchase costs“Based on a review of the company’s financial performance, the board of directors has determined that the earnings for the financial year ending June 2020 are projected to be lower than the earnings for the previous year,” read the KPLC statement.Power purchase costs, including fuel and foreign exchange costs, increased by Sh6 billion to Sh90.1 billion in the 12 months to June last year.The profit warning also means that the dividend drought for KPLC shareholders continues. The shareholders have not earned dividend since 2017, even as other firms that feed the power utility firm continue to rake in returns.

However, KPLC said it was focused on enhancing its financial performance through improving operational efficiency, growing sales, reducing system losses and managing costs.These decisions, according to the Chief Executive Bernard Ngugi, are part of the firm’s turnaround strategy.“These initiatives are part of a wider turnaround strategy and are supported by the company’s drive to improve customer satisfaction,” said Ngugi in a past interview.Recently, KPLC has aggressively gone after illegal connections in what is aimed at cutting the system losses.The company has also over the last one year laid off 110 employees found guilty of aiding fraud, illegal connections and other crimes.

The illegal connections and rogue employees, KPLC believes, are partly to blame for the firm’s financial woes.With the company issuing a profit warning, the Sh693 million net profit that it made in the first six months of the current financial year has all been eaten up by costs.Additional energy charges from new power plants and increased transmission costs also ate into its earnings.Finance costs, which were on the rise the previous year and substantially dented profit, went down by 20 per cent.

No electricity? No problem, how to use the headache of load shedding to make extra money

University of Bayreuth: Leading The Way In Superconductor Research - New Compounds Of Lanthanum And Hydrogen