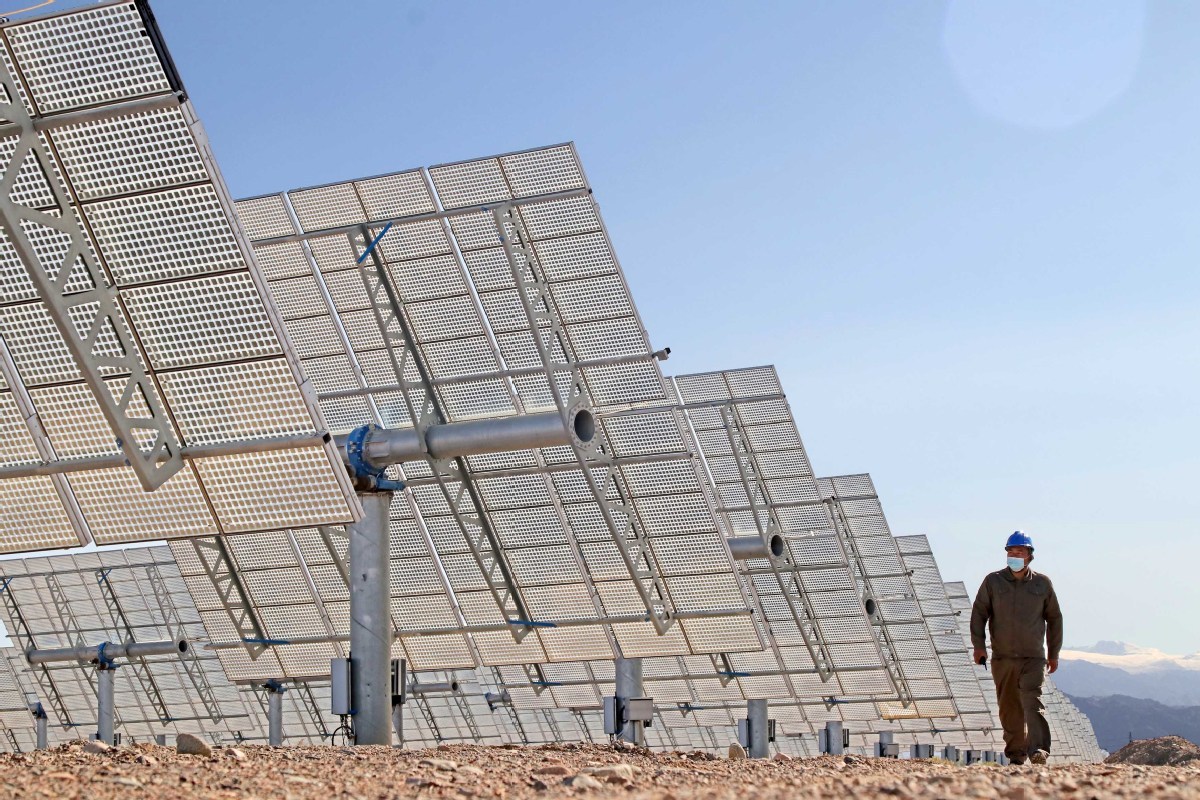 Attempts by the United States and its allies to dismantle the solar-energy industry in China's Xinjiang Uygur autonomous region over allegations of so-called forced labor carry huge implications for cutting global carbon emissions and energy connectivity in developing countries.

China is the world's largest producer of solar energy products, and Xinjiang has taken the lead in the country's renewable energy revolution, enabling it to become the engine of global value chains driving the uptake of solar and wind energy.

According to State Grid Corp of China, Xinjiang's new energy electricity generation reached 84.5 billion kilowatt-hours, accounting for 24 percent of the total electricity produced in the autonomous region in 2020.This is equal to the power generation capacity of 27 million metric tons of coal, which would have released a vast amount of carbon dioxide.

It is therefore easy to see how Xinjiang's new energy sector will contribute to fulfilling China's ambitious goal of reaching a carbon emissions peak before 2030, and realizing carbon neutrality before 2060.

Companies based in Xinjiang produce half the world's polysilicon, an essential material component in the solar photovoltaic manufacturing industry. Collectively, Chinese enterprises account for over 80 percent of the global polysilicon supply, according to Bloomberg. This makes Beijing a key actor in meeting the projected surge in solar panel installation, as governments around the world race to achieve carbon-neutrality commitments.

However, the intensifying efforts by some countries could defer the dream of many homeowners around the world to tap renewable energy sources. The US accuses China of deploying forced labor in Xinjiang and has imposed sanctions on companies it believes are engaged in the practice. The Xinjiang solar industry is increasingly coming under the scrutiny of the US and could face calls for product boycotts.

China has repeatedly denied that forced labor is used in Xinjiang, accusing the US of economic sabotage through groundless efforts to blacklist Chinese companies and products. A number of foreign diplomats, journalists and experts have visited Xinjiang and say there is no evidence of human rights violations in the autonomous region.

Any disruption of the Chinese solar industry could spell imminent energy doom for sub-Saharan Africa, where, according to the World Energy Outlook published last year by the International Energy Agency, 578 million people still lack power connectivity.

Africa's use of renewable energy is hampered by huge financial, institutional, technical and bureaucratic constraints, though the continent has huge potential, with an estimated solar energy capacity of 660,000 terawatt-hours per year.

To reverse the undesirable trends, countries on the continent are increasingly working with China to tap renewables and boost their connectivity. In the decade ending in 2020, Chinese contractors were engaged to build new power-generation capacity across Africa.

Data from the International Renewable Energy Agency indicates that between 2009 and 2018, China helped upgrade solar capacity in Africa from 739 megawatts to 5,500 MW, while wind energy installations during the same period jumped from a paltry 108 MW to 6,100 MW.

In Kenya, Chinese contractors completed East Africa's first large-scale solar panel project in 2019.The 50-MW facility is expected to amplify Kenya's quest for energy sufficiency while creating jobs. Just like with the construction sector, another advantage of Chinese enterprises in Africa's energy sector is that they catalyze technology transfers to local agencies.

The growing emphasis on green recovery from the COVID-19 pandemic has only intensified the need for Africa to upscale investments in the renewable energy sector.

Through the greening component of the China-led Belt and Road Initiative, the continent has an opportunity to work with China toward powering its industrialization using green energy.

The writer is a scholar of international relations with a focus on China-Africa relations.