Is Eminent Domain the Way to Municipalization? Tonight council members will vote on whether to submit a ballot question to Pueblo voters in a special election May 5 that would terminate the city’s franchise agreement with Black Hills Energy and amend the City Charter to operate a community-owned electric utility.

Is municipalization a growing trend?  A year ago I asked that very same question and now, looking back, it’s clear that municipalization is a real threat to privately owned utilities.  In Colorado alone, the cities of Boulder and Pueblo are both seeking utility municipalization.

Since receiving approval from the Colorado Public Utilities Commission (PUC), the City of Boulder has fought to transfer Xcel’s assets to complete a community-owned, city-run electric utility.  Last month, Xcel Energy again asked a judge to dismiss Boulder’s condemnation legal action in the city’s exploration of forming a municipal electric utility.  If voters approve a forcible taking of the company’s electricity distribution grid and substations the city wants to be ready.  In December, Boulder re-filed a petition through the Boulder District Court to gain a price to pay Xcel.  The state regulator determined the city could not acquire some of Xcel’s substations.  Undeterred, the city says it is committing to building three substations as part of its municipal utility.  On Feb. 6, the city filed an application with the Federal Energy Regulatory Commission (FERC) for FERC to issue an order directing Xcel Energy to establish interconnections on just, reasonable and non-discriminatory terms and conditions between its transmission system and the electric load for the city’s distribution system consistent with Xcel’s Facilities Studies for each substation. FERC has accepted the City’s filing and Xcel’s response is due Feb. 27.

ComEd may soon be facing the same issue in Chicago.  A growing group of activists and aldermen want to take ComEd out of the picture and have the city run its own electric service.  The city want to cut out the ‘middleman’ and activists say running a power company would give the city more flexibility.  Ursula Schryver, with the American Public Power Association, said there are 2,000 public power utilities in the country, with 42 in Illinois.  “It's not an easy process, and I'm confident that ComEd would not just agree to sell the system without some sort of negotiations and expecting a decent amount of payoff,” Schryver said.  ComEd said the value of the infrastructure system they own and operate is upward of $10 billion.  “Municipalization would require a significant investment by Chicago taxpayers. This would be uncharted waters. We don’t know of any American city our size that has successfully gone from private to municipal ownership and operation,” ComEd spokeswoman Micaeh Johnson commented.  Lastly, it’s no surprise California still wants to take over PG&E.  Wiener's idea — Senate Bill 917 — would rebrand PG&E as a publicly owned utility called the Northern California Energy Utility District. The goal is to reform the company, which has gone bankrupt multiple times.  The potential law could require a newly created state power authority, overseen by governor-appointed leadership, to use eminent domain as a tool to force PG&E stockholders to sell shares to the state. Sound drastic?  PG&E thought so and have expressed their opposition to Wieners' plan. In an email, spokesperson Denny Boyles said “PG&E’s facilities are not for sale.”  However, a rigid response is no match for eminent domain.  Almost three-quarters of utility customers get their electricity from investor-owned utilities (IOUs). IOUs are most prevalent in heavily populated areas on the East and West coasts.  Pacific Gas and Electric is one of the countries’ largest IOUs, with 5.48 million customers.

Tomorrow we’ll know if Pueblo’s Energy Future plans will be granted.  Time will tell what will become of cities seeking to break away from investor-owned companies but how can it be avoided? Before hostile take-overs become the norm, how can IOUs thwart the threats of municipalization?

So join in on the fun: we'd love you to share, in the comments section, one or two songs that would be your contribution to the 'Must Play Loud' playlist! 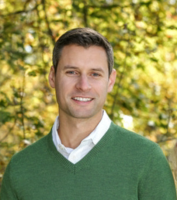 Joseph commented on ...
Energy Central’s Leaders in Innovation in the Electric Power Industry: Announcing the Selected Champions of Innovation

Thank you Energy Central and the volunteer review committee providing the opportunity to share!