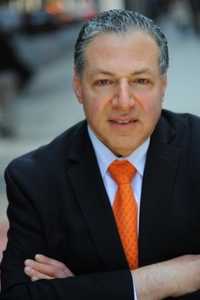 Salvatore Salamone is a physicist by training who has been writing about science and information technology for 30 years. Sal is the author of three books, a frequent speaker at industry...

AGING POWER GRIDS are increasingly being stressed as operators must more frequently deliver peak loads to meet the demands of record high temperatures nationwide in the United States, meet the growing power needs in developing countries, and incorporate renewable energy sources into the mix worldwide.

This, in turn, is driving the development of new technologies and varied approaches to better monitor transmission line conditions and improve the performance of existing lines.

For example, the Electric Power Research Institute, through its overhead transmission program, is undertaking a broad range of research aimed at enhancing transmission line reliability and performance and at extending equipment life to defer capital expenditures.

An institute-developed camera lets users see transmission line corona discharges during the daytime. This helps operators detect faulty components before they cause problems.

Corona discharges are a telltale sign of faulty components. Unfortunately, the discharges are difficult to see in daylight. Trying to detect such discharges at night is expensive and often impractical.

The technology used in the camera blocks out sunlight while capturing images of any corona discharges and related objects such as an interphase spacer or insulator. A special imaging process technique superimposes the corona image on the object image to indicate the location of a discharge.

One provider used the camera to find cracked components. If the corona discharges due to these damaged components had gone undetected, the components would eventually fail and potentially disrupt service. Detecting the discharges with the camera, the operator was able to replace the components during a scheduled maintenance outage and thus prevent a possible service outage.

Another example of the work being done in the industry is the move to composite materials to replace the all-aluminum or steel-reinforced aluminum transmission line cores. "Composite conductors can mitigate congested transmission lines, and offer electrical and thermal properties to reduce line loss and sag," said David Bryant, director of technology at CTC Global.

For example, CTC Global uses home-grown patented technology to produce a composite conductor called the ACCC conductor. When incorporated into a wrapped transmission line, it can double a line's capacity while reducing line loss by up to 30 to 40 percent, according to the company. The technology is used in about 215 projects worldwide. American Electric Power recently agreed to purchase 1,665 miles of ACCC conductor to be used in the South Texas 345-kilovolt Valley reconductoring project.

When it comes to improving transmission line performance and reliability, another area receiving attention is an attempt to add intelligence to the grid. To that end, Georgia Tech and startup company Smart Wire Grid have developed technology to help control power flow through a meshed network.

The technology focuses on one of the factors that can limit grid capacity, which is that the total power throughput of a transmission network is bounded by the first line that reaches its thermal limits, even if the rest of the lines are underutilized.

Devices the company calls Smart Wire modules can be easily installed on existing transmission lines to monitor and regulate power flow as part of a distributed flexible AC transmission system. Operators could change power flow by varying line impedance to shift power from a line in a meshed grid that is close to its thermal limit onto an underutilized line that has thermal capacity and line capacity to spare. This would allow an operator to use installed lines more efficiently and could increase the total power throughput of a network.

These and other technologies are designed to help invigorate the aging transmission infrastructure.