Lights Out for Yeloha: Why We Shut Down the Solar Sharing Network Rather than dwelling on the sadness, I want to take this as an opportunity for reflection and illumination.

Our journey was typical for a start-up. We launched with one idea and then pivoted to something bigger and bolder. And, it turned out, riskier.

When we started in 2012, my co-founders Idan Ofrat, Paolo Tedone and I wanted to harness the collaborative knowledge, data, and enthusiasm of individuals who have already "gone solar" to educate and motivate their friends and neighbors who haven't yet made the green decision.

We called our first web platform Generaytor. We connected it to live data streams from thousands of solar rooftop systems globally, and automatically collected their energy production data. The result was a special social community where neighboring solar system owners could compare their production, and friends competed in good spirits to help each other help the world.

From that came Virtual Solar, which extracted insight from the vast amount of data we've aggregated. Virtual Solar was a "try before you buy" simulation, allowing people see how much they could have saved with solar. What made it authentic was that the simulation was based on the actual production of real solar systems nearby. You could chat with the owners online too. 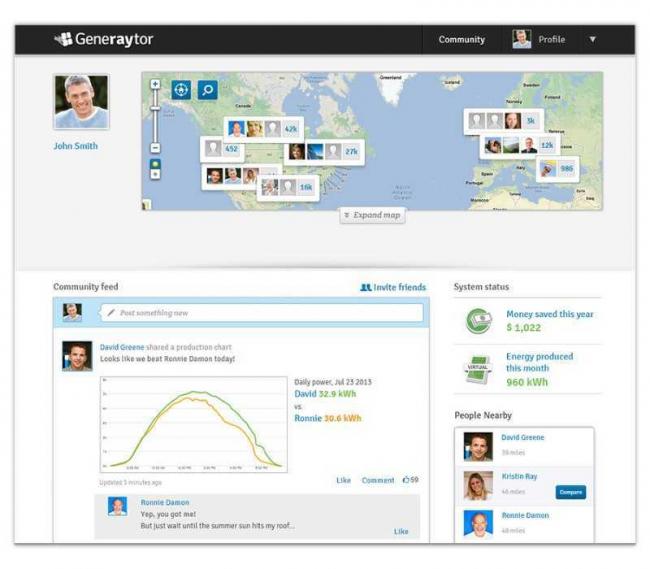 Nice idea, we thought. A vibrant community grew, with solar gurus advising solar newbies on how to get the most of solar. The platform soon attracted solar installers in the USA and leaders such as IKEA and Panasonic in Europe who identified an opportunity to engage in a different type of communication with their communities.

The ability to encourage people to do the right thing through technology and social interaction, is what made us stand out and attract exceptionally talented and dedicated people who joined our team, most of whom stayed with us to this day. Hats off to you, my friends!

But we recognized the limits of our model. We started to feel that we're missing a bigger opportunity, and so did our lead investors: Guy Gamzu, and Carmel Venture's Ronen Nir and Danny Cohen.

This larger opportunity came from the realization that most of the people who pledged to go solar ultimately could not do so. That’s because they lived in a rented home or in an apartment building, owned a house with a shaded roof, or simply had no access to sufficient budget or credit.

What if we could change the rules of the game so everyone could go solar nevertheless?

By the end of 2014 we let Generaytor continue running in auto-pilot mode, and pivoted into Yeloha.

We knew that designing a democratized smart grid, where everyone can access affordable solar energy in minutes, and all sunlit properties are utilized for solar, is a challenge for a decade or two.

So as a first step, we built a Solar Sharing Network. A web platform designed to let those who want to switch but lack a suitable roof, to purchase solar from those who produce an excess on their roofs. 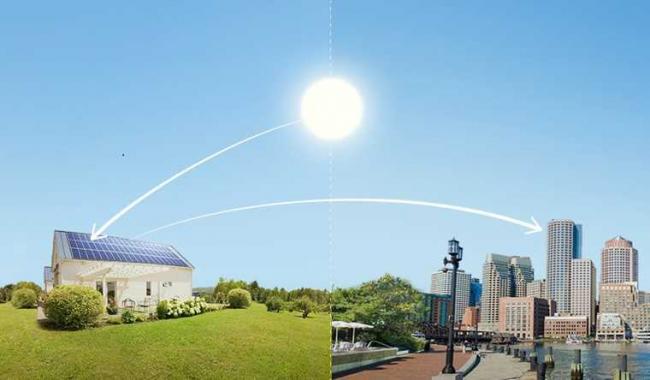 Solar as an online web service – offered through a simple subscription model. With real savings on monthly bills, thanks to the solar panels installed on someone else's roof – we figured it should be a no brainer.

But where do you find solar rooftops that generate excess energy?

We decided to create them ourselves… by telling individuals, businesses and nonprofits that WE would build their solar systems, in exchange for sharing some of their energy with users in our community.

We wondered how folks would react to the idea of sharing their roof with strangers, but more than a thousand applied to be Hosts following our initial launch.

That gave us confidence that Sun Hosts would not be a constraint. Some nonprofits even wanted to share the energy with their followers and congregations which added a nice twist.

The Hosted systems were intended to be 3rd party owned (like most rooftop solar in the US), but we took a stab at it by financing the first few, such as this one.

It was a classic marketplace, where the supply/demand curve had to be kept in balance. To manage that and assure supply we decided to open the network to anyone who wanted to share excess energy.

Under the hood, our algorithms would allocate solar capacity to our subscribers and manage their monthly bill credits. While our app kept users on track with their production and savings. 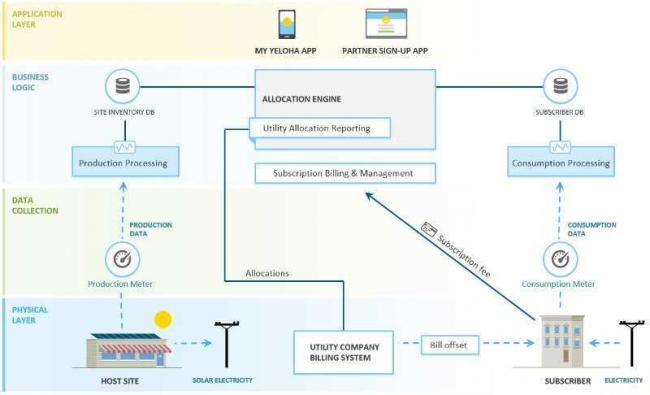 I'm convinced that when you make it easy for people to do the right thing, they will do it. That when you give people the ability to work together to achieve something meaningful, they will seize the moment. But don't get me wrong: sharing solar sounds altruistic – but it's important to stress that like in other sharing economy platforms, here too every party expects to receive a clear economic gain.

It took us some back and forth to learn how to articulate this new breed of peer-to-peer solar offering, and several quick cycles of user experience a/b tests, until we felt it works. 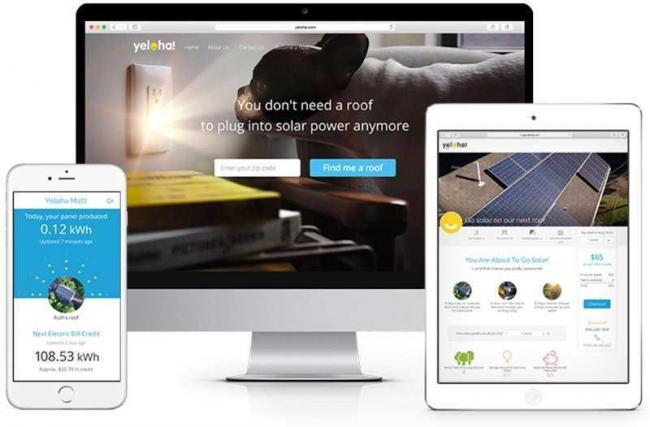 Where the electric utilities fit

As you can imagine, our ability to reroute solar credits from solar panels feeding the local grid in the suburbs, to the electric bills of subscribers in another city, requires interplay with local utilities. Fortunately, in many states regulators were on our side.

So, we tested the waters by launching an online and offline campaign that inspired a few thousand New Yorkers to reserve a spot.

In other locations, utilities which are deeply vested in the fossil fuel business often view solar as an existential threat.

But in defiance of the notion that pits solar against the existing utility model in a dispiriting zero sum game, last year Yeloha and electric utility Green Mountain Power announced a partnership aimed at empowering customers to generate their own energy and share it with other residents online.

When utilities get past their knee jerk fear, they realize rooftop solar sharing creates resilient local grids, and they have a lot to gain from it - even beyond happier customers. Siting solar systems near areas of transmission congestion cuts expenses for grid infrastructure upgrades. It also mitigates peak demand.

Our partnership with Green Mountain Power catalyzed collaboration processes with additional forward thinking utilities that are starting to embrace the change too.

Several factors limited our growth and eventually led us to discontinue Yeloha. Some we should have foreseen, others were less obvious.

Over a year has passed since we first lit up Yeloha.

We're honored to have made solar energy a reality for many. We feel fortunate to have had the opportunity to reinvent the grid model, and prove the potential of a digital, two-way exchange that invites all of us to produce, consume and share our own affordable clean energy.

We feel humbled to have won the Webby Award for the best Green Website of 2016, considered as "the Oscars of the Internet".

Thank you, our forward-thinking Sun Partners, for being the first in the world to buy solar from someone else's roof.

Thank you, our Sun Hosts, for contributing your available roof space for producing more energy than you could use.

Thank you, our team members, investors, advisors and friends for taking this ride with us.

Till the next chapter.