Over the past 25 years, Californias electrical systems have not received the attention they have deserved. California has been comfortably dependent on the availability of electrical energy from its neighboring states to meet the states insatiable appetite for electrical energy. Apparently not realizing our neighboring states energy was never a dedicated source of energy for California, it was, instead, surplus energy those states had available at the time. No consideration was ever given to the possibility that, one day, those neighbors, just might have a need for their own surplus energy to meet their increasing energy demands. That day came in 2000 and early 2001, and it was exacerbated by a drought in the Pacific Northwest. A considerable amount of Californias energy had come from the Northwestern Coastal states hydroelectric facilities. Those states experienced severe droughts in 2000 and 2001. California then was in a formidable position because California did not have its own generation capacity necessary to be self-reliant and in the year 2000 the nations energy squeeze was starting emerge.

On January 21st, 2001 California experienced its first blackout and consumer advocates believed the blackout was finance driven believing any outages would not have occurred had there been enough money on the table. With that mentality, Californians were obviously in the dark about the states energy problem; they believed there was adequate generation available.

The states inability to meet its electrical demand due to inadequate supply opened the door to energy suppliers providing them opportunities to game the market, which were exacerbated by the regulators (the Federal Energy Regulatory Commission, - FERC) failure to meet their fiduciary duty of maintaining energy prices as fair and reasonable, duties that would have provided rates which would have allowed the utilities to recover their costs and a reasonable return on their investment. Instead wholesale rates went unrestricted while the retail rates were totally restricted resulting in pushing the utilities to the edge of bankruptcy. FERC sat on their hands and allowed the generators and marketers to devise their own wholesale energy prices at whatever level they could get away with, in complete contradiction to the objectives of the Federal Power Act passed in 1935. Governor Davis and his appointed Public Utilities Commission president, Loretta Lynch, were steadfastly determined not to increase retail energy prices. While the private utilities were, by law, required to continue supplying electrical energy to their consumers within there territories and they met that obligation. Those utilities, also by law, were entitled to collect their costs of generation, transmission and distribution along with a reasonable return on their investment, the governor and the PUC denied them that right. And for that reason, the consumer did not really feel the full financial impact of the crisis. Generally the consumer continued to enjoy the benefit of reasonably low retail rates for expensive energy purchased by the utilities The private utilities, in meeting their obligation to serve, ran out of money and took on enormous debt sending PG&E into Chapter 11 of bankruptcy. Additionally the removal of direct-access subsequently financially impacted the large users of electrical energy.

Enron had been the product of a merger of 2 natural gas operators when the federal government began opening up the energy markets. Enron seized the opportunity to become an aggressive leader in trading gas and electricity. In the 1990s Enron was promoting, with gusto, the federal and state governments to open up the electrical markets to deregulation as they favored a wide open market for the buying and selling of electrical energy. Enron was influential in having California deregulate.

California started deregulation in 1998 and customers were then allowed to select their electrical energy suppliers. Early on Enron had aligned itself with several prestigious accounts, such as the University of California system, but quickly moved out of the retail market and concentrated on the wholesale market. The states utilities, as required by the deregulation bill AB 1890, sold off much of their fossil fuel generating capacity thus relying on the wholesale market for their electrical energy supply. A market that included Enron. In the year 2000 Enrons sales in California totaled hundred of millions of dollars, its total sales were $100.8 billion earning a profit of $979 million. Subsequently their sales dropped to $44.3 million. Enrons end began when they posted a quarterly loss of $618 million. Additionally Enron reported a $590 million error in reported profits in 1997 saying it was an accounting problem.

On January 1, 2001 the Californias Department of Water Resources started purchasing power for the utilities to maintain the utilities as viable entities. The DWR eventually entered into long-term energy contracts with electrical energy suppliers. Some legislatures were concerned about the DWR purchases of energy; they were concerned that the state may end up spending dollars that the state would probably never see again. As it turns out, the ratepayers are now paying for that expensive energy purchased through the DWRs long-term contracts and will be well into the future.

As a result of deregulation FERC gained control of a major portion of Californias generation through wholesale pricing tariffs. They also had considerable control of the of Californias transmission systems since the ISO is regulated by FERC. FERC wanted to incorporate Californias ISO into a regional ISO, which California resisted along with New York and several other states. However FERC tried a little shenanigan to achieve their goal in California. In April of 2001 FERC adopted a compromise to limit Californias power costs during emergencies. The plan would come into play whenever the electricity reserves fell below 7.5%, the ISOs Stage 1 emergency call. California, however, would be required to file an application, by June 1, to enter a into a regional transmission organization with other Western states or the new pricing plan would end. FERC was considered an enemy of California for not placing a cap on wholesale prices.

California lacked a firm policy on market design and because of that private generators complained they were unable to obtain financing. Jay Hakes, former director of Energy Information Administration, opined, The problem was not that energy companies could not respond to demand, but that the newly deregulated energy companies were now denied the certainty of earning a return on investment, which state and federal regulators once provided when the utilities were regulated entities. The ISO continued to warn of potential supply problems. Power generators and the ISO had been pushing for a 2006 deadline to commence construction of new plants, arguing it would provide better protection against blackouts. The PUC required that private suppliers must meet a 15-17% reserve requirement and that set the stage for potential legal battles. The private companies did not want the commission exerting any additional authority over them. Gary Ackerman of the Western Power Trading Forum predicted his members would take the issue to the Supreme Court. Calpines spokesperson said, We need some certainty in the market. In the meantime assembly bill AB 2006 was floating around in the Legislature. In the view of the generators that bill would have given the utilities too much of a guarantee that they could recover their investment costs and then the utilities would be encouraged to build power plants themselves  supposedly effectively locking the generators out of the market.

There has been considerable debate regarding the construction of LNG ports along the west coast. In the contiguous 48 states there were only 4 LNG ports and all were on the east coast. No terminals had been approved for the west coast. California LNG Project Corporation, a subsidiary of Mitsubishi Corporation, wanted to the build the west coasts first LNG port at Long Beach. Seven other ports were proposed for the west coast: 3 in Washington State, 3 in California and 1 in Mexico. Opponents and environmentalists argued these ports represented potential hazards to Long Beach as it could be subject to terrorists activity or earthquakes. The status of any of those projects is unknown.

The US has been importing oil for many years and LNG imports started increasing, but it still doesnt meet our energy needs - the US also imports gasoline because of limited refining capacity. As a nation, we are totally vulnerable in our energy needs because of our reliance on foreign imports of oil, natural gas and gasoline. Those imports, along with our domestic suppliers now meet our current energy requirements. However, if a hiccup occurs, with our foreign suppliers, well probably experience a replay of the California 2000 - 2001 energy crisis - nationwide.

It should be obvious that had the FERC corralled wholesale prices and had Gov. Davis and the PUC recognized that the utilities had to at least recover their costs; passing those absorbent costs to the ratepayer that action would have resulted in a public outcry that would have brought the whole issue to an immediate head.

The population of California is constantly increasing and each new person places an additional burden on the need for food, housing, jobs, transportation and electrical energy. Data from United Nations and Bureau of Census tells us the worlds human population growth since the year 1750 through the year 2000 has grown from 790 million to 6.1 billion. It is obvious the earth's population is growing exponentially and in the year 2050, following the current trend, can we expect the earths population to double to about 12 billion people increasing to about 18 billion by the year 2100. California can be expected to, at least, follow that same population trend and that population growth will place a phenomenal electrical demand on the states energy systems. 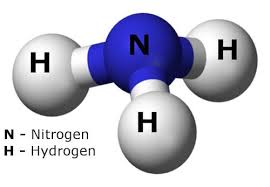 Backs to the wall: Oil exporting countries double down on fossil fuel subsidies

This article examines the disconnect between the spending priorities of oil exporting countries and their customers, import-dependent nations. While exporters are doubling down on fossil fuel subsidies, data indicates importers are ploughing a..

M&A is potentially, a great tool for companies operating in the energy arena in Bazil

The Size and Vulnerability of the Fossil Fuel System Disruption

It stops you in your tracks, just thinking of the enormity of the changes that will occur in the Energy System in the coming years. What we are witnessing today is only the tip of the Energy Transition iceberg.

Backs to the wall: Oil exporting countries double down on fossil fuel subsidies

The Size and Vulnerability of the Fossil Fuel System Disruption