Virtual Power Plant has entered the lexicon when talking about the modern electric grid. For a tech-inundated world, the phrase may conjure visions of “virtual reality” experience. More prosaically, it is a network of distributed energy resources (DERs) medium-scale power systems, and the interconnected resources are dispatched through the central control. However, each of the units remain independent in their operation and ownership, and that adds to the VPPs “coolness”.

VPPs are made of several DERs that have played a key role in the energy industry transformation. DERs consist of generally renewable energy resources--such as solar arrays, wind turbines and batteries-- and are increasingly popular due to their lower prices backed with federal subsidies that has created a unique market for individuals/companies to manage their energy consumption. Moreover, this is where VPPs are becoming a reality, behind the customer’s meter. Once thought unimaginable, DER’s enable customers to consume and produce electricity (“prosumers”). This opens up more problems to the utilities not completely apparent to public. More on that later.

VPPs open up an opportunity to change communities in which energy is clean, resilient, affordable, and crowd-sourced by business and residential energy prosumers. They are a catalyst technology for higher levels of renewable energy on the grid. Cost reductions for solar and wind generation are matched with advanced batteries and the digitization of the grid. This offers a significant opportunity for large and small users of electricity to become energy prosumers.

What is Their Role?

As attractive as renewable energy resources are economically, they have an unattractive feature in that their product is intermittent. Energy storage could play a stabilizing role but they have not advanced as much nor are they economically viable yet. It could change in subsequent years, but consumers have come to realize that if they were to act together-- as a community rather than an individual—they would be in a better position. Aggregation of these assets could smooth out the wrinkles of intermittency: large-scale batteries will become the game changers. For electric supply, uses are not just when we are turning our lights or the dryer on, but also for myriad, other behind the scenes actions that assure the grid is stable and reliable. The grid is a complex machine that requires a lot of constant attention. The voltage at your home must be stable (around 120 V). That requires supply and demand must constantly be in balance.  Even more intriguing is when the supply-demand imbalance changes locally because of the load profile, the grid must quickly compensate to assure the grid remains stable. The conventional grid would utilize distant generators whose sole responsibility was to supply “active power” to provide grid stability. Now with VPPs that action is delegated to locally available greener resources.

Marshalling DERs to aggregate them to serve as a virtual power plant is not only technically challenging but also faces several policy hurdles. Since these devices are behind the meter, and many of them owned by third party vendors, the revenue stream for the aggregate may be financially quite tangled. Furthermore, policies for compensation—under state-mandated net-metering roles—are a quilt work of perplexing rules. Utilities as a block have been disadvantaged because the ultimate responsible for ‘safe and reliable” delivery rests on them. Utilities have been facing stagnant growth for several decades after the 1970s and 1980s because of a variety of changes in the energy landscape. Appliances were more energy efficient; LED and CFL light bulbs replaced the energy-gulping incandescent bulbs. A public utility commission to whom the utility gets directives to set profit margins and investments regulates most utilities. In turn, the utility is responsible for providing safe, reliable service without incurring unnecessary costs, in addition to not discriminating among customers when providing service or charging rates.

Their “rate”—what you and I pay as customers—is decided by the commission to assure that prices were as “low as reasonably possible”. The stagnant growth added to the doom-and-gloom scenario as there were whispers of a death spiral when solar and wind energy became practical and economical.

Over the past decade, increased energy efficiency and the global recession reduced demand while the American shale revolution sparked the rise of natural gas. Among these changes was the recent growth of DERs, which acted as disruptive competition for traditional electric utilities. Net metering is a billing mechanism that allows customers to generate their own electricity to offset power drawn from the utility. Under net metering policies, generating consumers were billed only for their net kilowatt-hour (kWh) rate usage; some were even paid for the electricity they generated. Utilities contended that net metering policies unfairly benefited DER producers, who typically were credited the full retail price for their net kWh energy produced, rather than capital investments and maintenance costs associated with the power grid, which were normally built into the utilities’ full-regulated kWh retail rates. It was difficult to avoid the image of a typical net-metering customer: he was an upper middle class homeowner, socially conscious and middle aged. There was a perception, sometimes unfairly brought up by some utilities, that it caused the poorer customers to subsidize the rich.

Lehigh University collaborated with a startup company on a capstone project to quantify the value of these assets in developing a virtual power plant. Students from the Energy Systems Engineering Master’s program developed a ranking methodology. It used several parameters related to capacity, proximity to existing infrastructure, environmental impact of the resource as an alternate, financial impact, and reduction of peak demand. The ranking basis had several, sometimes conflicting goals. It could be to reduce the carbon footprint of the community, reduce peak demand, or reduce overall electricity consumption. When electric vehicle charging assets were introduced in the mix, the ranking included accessibility and capacity of these resources.

The company applied this tool to manage diverse DER resources for one of the largest healthcare systems in the world – with hundreds of hospitals, health clinics, data centers, call centers and other buildings. The healthcare company installed solar arrays, fuel cells, and battery storage systems on more than 100 of their locations.  With a footprint that big, it’s impossible to know exactly how each of these DERs are performing However, with DERNetSoft, the healthcare was able to get the information it needed cost effectively.  It did not require complex meters at 100 locations, just a smart platform that can gather and process large amounts of data from the utility and the DERs in close to real-time and feed innovative artificial intelligence algorithms to maximize their value.

The results were important.  The platform learned how much energy was contributed by fuel cells, indicating that some were oversized.  When electricity is exported back to the grid, user usually loses money between the grid-negotiated rate and the net metering rate.  In summary, the healthcare system was able to get a far more accurate and useful “line of sight” of their assets and were able to utilize them well. 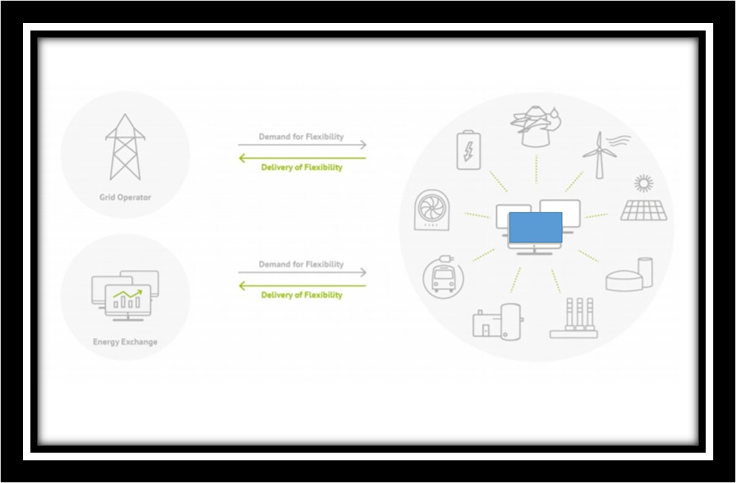 Figure 1: How does a Virtual Power Plant Work?

Quite interesting to hear about Lehigh's role-- thanks for sharing, Rudy. What are the next steps the University is looking to take to support the development of these tools?

Thanks for your question, Matt.

The students in the Lehigh University Energy Systems Engineering curriculum work toward a M. Eng. in Energy degree (https://ese.lehigh.edu ). The requirements include a 6-credit industry capstone project which is usually sponsored by an industry member in our Advisory Council.  Our mission is to develop world-class leaders in energy and nominally takes 10 months for a full-time student to attain the degree (longer for part-time students). We had the good fortune of having 3 different cohorts of students working on this project, from 2019-2021. The sponsoring company has in fact hired some of our graduating students to continue their efforts. We see that as a win-win scenario.

That's a win-win, indeed. So happy to see universities taking a leading role in this emerging sector! Keep up the great work, Rudy.

Concerning  utility complaint about unfairness of net metering system , I would like to draw attention to the Saudi experience where the Saudi Utility (SEC) and the Saudi Regulator (ECRA) have been proposed The Net Billing as a new mechanism . In which, utility buys the prosumer generated electricity with a price lower than the regular tariff of his consumption payment. For more details please hit https://energycentral.com/c/cp/how-saudi-grid-small-scale-pv-feasible