Virginia board looks to bolster solar opportunity for low-income residents 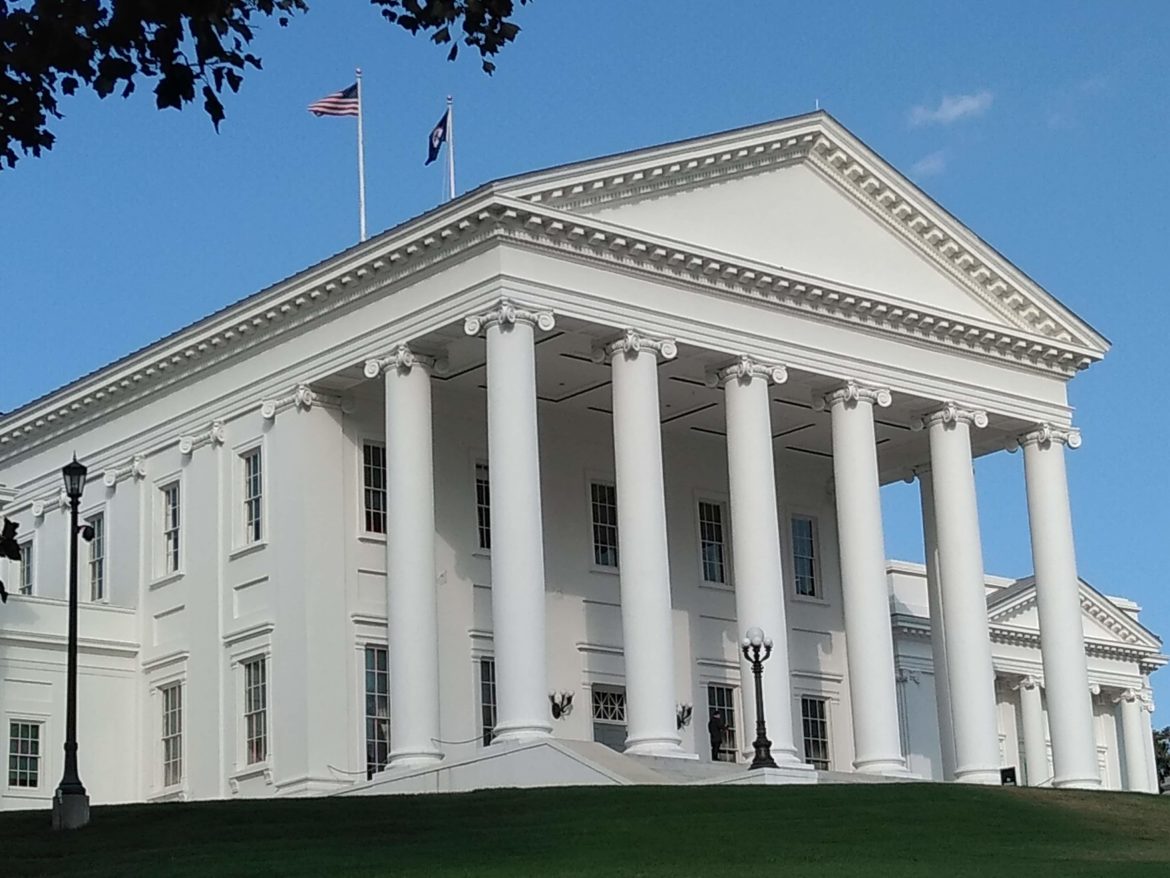 The Virginia Statehouse in Richmond.

A new advisory board is tasked with coming up with a pilot program to finance solar projects for poorer residents.

In these pre-solstice days of diminishing sunlight, renewable energy professionals are hunkered down figuring out how to share Virginia’s wealth of solar power with the state’s poorer residents.

Members of the newly created Clean Energy Advisory Board are tasked with setting up a solar financing platform for households with low-to-moderate incomes. They had their inaugural meeting earlier this month in Richmond.

The board is the brainchild of Del. Lashrecse Aird, D-Petersburg, who shepherded legislation (HB2741) through this year’s General Assembly session geared at expanding solar access to those with fewer resources.

Her law expires July 1, 2022, so the board has limited time to invent and execute a pilot program for disbursing loans or rebates to households that qualify.

Aird said she wanted to be sure vulnerable Virginians weren’t left behind as the state modernized and decarbonized its grid.

“My district has some of the highest energy burdens in the commonwealth,” said Aird, who represents the city of Petersburg, Dinwiddie County and parts of Chesterfield County. “An overwhelming number of constituents [have] energy burdens between 5% and 22%.”

Simply put, an energy burden is the ratio of a household’s electricity expenditures to its take-home pay. Economists agree that an affordable energy burden shouldn’t exceed 6%.

Aird’s law specifies that the board-designed pilot program be open to residents with household income at or below 80% of the state or regional median income, whichever is greater. The legislation also includes an energy efficiency component. Solar applicants must document that they have installed energy efficiency measures that have lowered their energy consumption by at least 12%.

Hannah Coman, an attorney with the Southern Environmental Law Center who focuses on the solar industry, was elected to chair the board at its first meeting on Dec. 3. Vice chair is Bill Greenleaf, a clean energy loan officer with Virginia Community Capital. Democratic Gov. Ralph Northam appointed both of them to the board.

“We have a short turnaround to show that something can be successful,” Coman said. “For the pilot program, we want to get something up and running and then decide what works and can be more broadly disseminated.”

Coman said she is encouraged that the state Department of Mines, Minerals and Energy is making strides with renewable energy by involving itself with the board.

Carrie Hearne is one of two DMME employees who co-led the initial board meeting. This fall, Hearne was hired by the agency’s Division of Energy to fill a new position as solar program coordinator.

Board members are analyzing the full range of weatherization and energy efficiency programs available in Virginia and studying how other states and communities connect lower-income households to rooftop and other solar options before making any decisions, she said.

“What we don’t want to do is set something up that works in the short term but doesn’t have a sustainable model for the long term,” Hearne said.

Whatever funding model the board settles on, it will be up to the General Assembly to appropriate the money. It’s also up to lawmakers to decide if the pilot program expands beyond its planned 2022 sunset.

The legislature, which begins a new session in January, is preparing for its next two-year budget cycle. Next week, Northam will be presenting the first iteration of his $119 billion budget to legislative committees that handle finances.

His budget will include $733 million in new funding for the environment and clean energy, according to a Wednesday statement from Northam’s office. On a related note, that sum includes $10 million for a revolving loan fund to enable citizens and local government institutions to invest in renewable energy and energy efficiency projects.

Legislators are more likely to be receptive to longer-term spending on solar proposals because — for the first time in a generation — both the House of Delegates and Senate flipped to Democratic majorities after the November election. That significant change came on the heels of an executive order Northam issued in September, calling for Virginia to deliver 100% carbon-free electricity by 2050.

Hearne is not on the 15-member board, but DMME director John Warren is. Northam appointed seven of the members, while the Senate and the Speaker of the House are responsible for three and four appointments, respectively.

The board now stands at 13 members because neither the House nor the Senate has yet chosen its representative from the solar energy industry.

Those in the industry expect those two slots to be filled soon.

“Across Virginia, we’re seeing a growing embrace of clean energy, especially on-site solar,” said Rob Corradi, a senior adviser with Sun Tribe Solar in Charlottesville. “As our industry continues to thrive, create jobs and save money for customers, it’s critical that low- and moderate-income communities have access to those benefits.”

Reaching Virginia’s neediest residents is a chief concern of Chelsea Barnes, the new economy program manager with Appalachian Voices. Barnes wasn’t appointed to the board, but she attended the first meeting and plans to continue doing so.

Her nonprofit has faced a bevy of challenges trying to turn solar power into an on-the-ground reality in southwest Virginia, the heart of traditional coal country, where families are struggling financially.

She’s worried that the region will be ignored once again because solar developers don’t have a presence there and low-income families encounter a multitude of barriers when trying to access loans.

For instance, she noted that Old Dominion Power, which serves roughly 30,000 households, doesn’t offer any energy efficiency programs to its customers. That shortcoming alone makes the area less appealing for solar developers than central or northern Virginia. Weatherization matters because companies installing rooftop or ground-mount solar systems want homeowners to maximize savings on their electric bills.

Coman pointed out that the pilot program’s reach can truly be statewide because it isn’t tied to either Dominion Energy or Appalachian Power, the state’s dominant investor-owned utilities.

“We just had our first meeting,” Coman said. “I’m feeling optimistic about things.”

Hearne added that reducing household energy burdens is on the board’s radar.

“We have a hyperawareness of the need and challenge of getting solar out to all communities across the state,” said Hearne, who noted that she was raised in West Virginia. “One of the purposes of this project is to create energy equity.”

For underserved Appalachia, Barnes said, outreach and education are as crucial as money.

“Some families here have to make the decision between heating their homes in winter or buying food or medicine,” Barnes said about monthly electric bills that can spike to $800. “If we can reduce the burden of high bills through energy efficiency and solar, we can help lift people out of poverty.”