Texas Electricity Rates are Not Only Cheaper, But Deregulation has Spurred Innovation and More Green Energy than any other State.

We are a comparison shopping marketplace for home and business electricity and natural gas.  Our business is to help consumers find the best energy plans for them, and we’ve been successfully doing just that for nearly 20 years in Texas and 16 other deregulated energy States throughout the U.S.

Much attention has been given to the exorbitant electric bills issued by a single company selling an extremely high-risk index-based service in Texas – which unfortunately backfired on that company and its customers in light of rising spot market prices caused by power generation issues during the recent winter freeze.  Was this risk known and disclosed – probably?  Should this product have been more regulated or outlawed – maybe?  Was it avoidable to customers – absolutely!

Most residents in Texas choose fixed rate plans and paid the same low rate despite spot pricing on the grid spinning out of control.  For exactly that reason, Electricity Ratings did not and does not offer fluctuating index-based plans, or even variable rate plans that can change only once per month – but residents can freely switch to low-priced fixed rate plans in a matter of minutes online.  To be clear, power outages are not unique to Texas - and certainly not caused by retail competition and consumer choice.

Unequivocally, Texas electricity rates are cheaper overall than regulated markets.  Further, competition and consumer choice have resulted in ease of use and innovation that enables consumers to find cheaper rates and switch plans in minutes online, or choose to buy green electricity plans, or take advantage of special offers such as smart devices to reduce their consumption – whatever fits their desires.  In fact, Texas leads the U.S. in green energy generation with 25% of its electricity produced by renewable green energy sources in 2020, more than any other State. 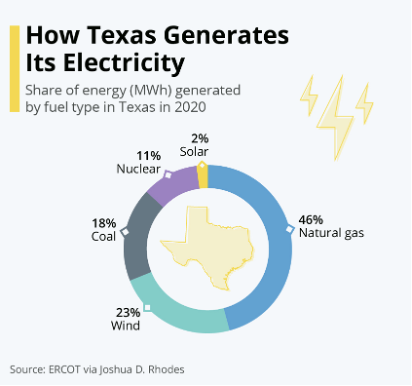 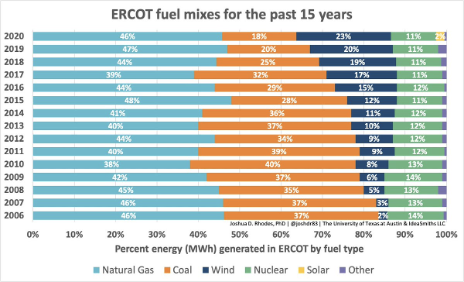 For those familiar with the Texas deregulated market, the WSJ article’s stated methodology for concluding that Texans in deregulated markets paid $28 billion more for electricity than their regulated neighbors appears overly simplistic and inconsistent with the U.S. Energy Information Administration’s (EIA) own data on average electricity prices nationally and in each State.  The WSJ article does not share its numbers, but states that it “calculated separate annual statewide rates for utilities and retailers by adding up all of the revenue each type of provider received and dividing it by the kilowatt-hours of electricity it sold.”   It must be noted, however, that there are other sources of revenue generated by Texas retail electric providers (REPs), such as the commercial sale of smart thermostats, home energy monitoring devices, warranty products, HVAC services, and home services bundles, as well as revenues from the sale of excess power in the market, derivatives used to hedge its load requirements, or even their own power generation.  Without transparency into the WSJ’s internal model calculations and a true apples-to-apples comparison of actual pricing within these diverse electricity markets, WSJ’s conclusions can neither be accepted nor verified.

Another factor is that significant numbers of deregulated Texas electricity customers purposefully pay more for their energy to subsidize green energy through Renewable Energy Credits (RECs). Most Texas electricity retailers provide “Green Energy” plans that are premium or semi-premium priced that directly subsidize wind and solar projects through RECs.

At the same time, the EIA’s own by-State retail electricity price analysis states that  average Texas retail prices since 2016 are on average 18% lower than the U.S. national average and ranks Texas as the 8th least expensive State for retail electricity prices. This clearly does not reconcile with the WSJ claim that the 60% of Texans pay 13% higher rates than the national average.  Separately, the American Public Power Association studied average State rates from 1997, prior to any U.S. deregulation, through 2018 and noted that average electricity prices in 2018 vs 1997 increased nationally at a rate over 50% higher than price increases in Texas over that same period.

It is abundantly clear, however, that consumers find tremendous value in shopping for better prices and more service options, as well as the innovation and convenience brought about by the competitive electricity marketplace in Texas.  This is reflected by continually increasing satisfaction ratings in JD Power over the past decade and our own Electricity Ratings reviews, in which over 10,000 customers have rated retail providers and expressed their opinions.  To further emphasize the importance of comparison shopping, our internal data shows that shoppers using our online Texas marketplace have saved 20% since 2013 versus regulated rates in Texas, while enjoying some of the best and risk-free rates in the U.S.

Texas stands as the benchmark of success in deregulated energy markets, and while the recent cold weather disaster pointed out flaws in the generation, distribution  and wholesale marketplaces. Texas’ retail electricity marketplace continues to provide innovation, value, and savings to Texans.

The residential rates in Texas are much higher than the average US rate. The ill-advised race to install massive amounts of green energy led directly to the multi-billion dollar mess inflicted upon the citizens of Texas. Too much money was spent on unreliable energy at the expense of reliable energy facilities.

The debacle in Texas demonstrates the end result of leaving energy production to politicians, unaccountable bureaucrats, and Wall Street.

The residential rates in Texas are much higher than the average US rate.

According to EIA, Texas is in the bottom 10 of retail power rates at 8.6 cents / kWh compared with a U.S. average of 10.54 cents / kWh. Of course these are all retail, not just residential, and are based on 2019 data so the crisis of some households receiving thousands of dollars of bills is not baked in.

Those are retail rates, not residential rates.

The second link I provided is labeled as "Average Price of Electricity to Ultimate Customers by End-Use Sector" and then I pulled out the prices for the Residential Sector. How is that not the residential rate that is being paid by the customer? Texas is still below the national average by this metric.