Tamara is an Associate with the Global Climate Finance team at Rocky Mountain Institute, working on green investment banks and coal capital retirement. Prior to joining RMI, Tamara completed her...

There is a way to facilitate economic recovery while addressing the climate emergency. The answer lies in green investment banks.

Think what a relief it would be, amid the worst unemployment spell since the Great Depression, to at least not have to worry about paying large electricity bills. That is a benefit enjoyed by families who have solar panels on their roofs that significantly reduce their electricity rates. Connecticut Green Bank’s innovative C-PACE program offered affordable loans to property owners a few years back for energy efficiency improvements, including solar installations. About 200 of these projects were completed by mid-2018; imagine how many more households could be reached with a national effort of this kind.

COVID-19, with its devastating economic consequences, compounds the urgency of building more reliable, cost-effective, and cleaner infrastructure—including on our rooftops. Though the current stimulus package must focus on combatting the immediate health consequences of the virus and preventing economic collapse, subsequent government stimuli will focus on rebuilding our economy. When that time comes, it will be critical to make recovery sustainable: climate change will still be there after we put coronavirus behind us. Fortunately, there is a way to facilitate economic recovery while addressing the climate emergency. The answer lies in green investment banks.

Green investment banks are typically public or quasi-public entities, initially capitalized with public funds. Their goal is to leverage those public funds to attract comparatively large amounts of private capital to invest in green infrastructure projects, thus creating jobs and building a resilient economy. The Connecticut Green Bank, for example, used the $270 million it received in public funds to attract over $1.67 billion of total investment in green projects – which translates to attracting 5 private-sector dollars for every government dollar spent.

Importantly, green banks fill market gaps where critically important climate investments lack the scale, financial returns, or maturity for commercial financing. Green banks can accelerate deployment of new technology and business models by blending concessional capital with private investment to bring down the overall cost of capital and mitigate downside risks to private investors. And green bank investments are not limited to renewable energy: they range from electric vehicles and municipal waste to retirement of uncompetitive coal plants, energy efficiency, and many other decarbonization projects. The highly successful UK Green Investment Bank (UKGIB) showcases green bank merits while demonstrating that using green banks to recover from financial crises is not without precedent. UKGIB was established in 2012, but the idea was born, and policy groundwork set, in the aftermath of the 2008 financial crisis. UKGIB was capitalized by the UK government with only £3 billion for the three years between 2012-2015. Before 2015 was over, UKGIB was already profitable year-on-year, had attracted £3 of private investment for every £1 of government money spent, and supported projects with a combined value of over £10 billion.

Sector-wise, UKGIB helped the UK offshore wind market rapidly mature, supporting nearly 6 GW of installed and planned capacity. In just five years, the UK became home to nearly 40 percent of global offshore wind. Though offshore wind is likely the best-known example of its work, UKGIB has provided liquidity and addressed other investment barriers across green sectors in the UK, including waste, energy efficiency, and onshore renewables.

UKGIB proves that a small amount of public funds, channeled into green projects that commercial banks otherwise initially consider too risky, can successfully attract private investment for even more projects. This, in turn, creates jobs that can help fill the void of recessionary unemployment and declining industries. According to the International Renewable Energy Agency, “solar, wind and other forms of green energy could add 42 million jobs by 2050 if nations spend more aggressively to limit the increase in average global temperatures […] New jobs in transition-related technologies and sectors are expected to outweigh job losses in fossil fuels and nuclear energy.”

Leadership at the State Level

Recognizing the exigency of a clean and resilient post-COVID recovery, some countries are already proposing concrete plans. The South Korean Democratic Party has pledged net zero emissions by 2050, carbon taxes, an end to coal financing at home and abroad, and sufficient support for workers transitioning to green jobs. Its final plan is likely to include a national green bank that can implement the stated goal of large-scale renewable energy investment.

The United States already has three state-level green banks: in Connecticut, New York, and Rhode Island. Last July, a National Climate Bank bill was introduced in the Senate, proposing to capitalize a federal green bank with $35 billion over five years. From our current vantage point, $35 billion is a small fraction of the trillions that have already been spent and will continue to be spent to combat the health impacts and economic fallout of coronavirus. However, those $35 billion could create $1 trillion worth of projects funded by private investors and create hundreds of thousands of new jobs.

Moreover, using portions of stimulus funds for green recovery is not without precedent in the United States. The US stimulus package passed after the 2008 financial crisis included $90 billion for clean energy. This $90 billion spurred some of the largest wind and solar plants built to date in the United States and drove an additional $150 billion in private and other non-federal investment. With these benefits demonstrated, now is the time for bolder action: we should dedicate more significant portions of post-COVID recovery stimulus funds to capitalize the national green bank, which can facilitate the building of green infrastructure that is key to positive economic, environmental, and health impacts.

An Economic and Climate Double Win

In essence, green banks offer a path to an economic and climate double win. In the short term, they enable green projects that generate jobs and aid recovery. In the long term, they help realize the direly needed clean energy future. At this point, green banks are a proven concept that has been hard at work for a decade, transforming nine jurisdictions’ economies—including three U.S. states—to clean, more sustainable futures with demonstrable success.

Nearly thirty other countries, developed and developing, are currently working on some variation of green bank establishment. The United States, already a leader in the field, should now rapidly take action and capitalize a national green bank in order to ensure not only a nationwide smart recovery from the COVID crisis, but also a sustainable future for the United States and for the planet.

There is a way to facilitate economic recovery while addressing the climate emergency. The answer lies in green investment banks.

The United States already has three state-level green banks: in Connecticut, New York, and Rhode Island. Last July, a National Climate Bank bill was introduced in the Senate, proposing to capitalize a federal green bank with $35 billion over five years.

What are the inherent differences in impact of a state green bank vs. a federal one? Obviously federal is larger and more far reaching, and likely with deeper pockets-- but operationally would it be preferable to have a federal level green bank or many state/regional ones?

I imagine that the political opposition to the use of public funds for green banks is formidable. It is likely not coincidental that the US has only three state-level green banks.

Is funding for green banks included in the "Green New Deal" proposal?

Mark - I tried to dig into the GND to see what the answer might be with regard to Green Investment Banks.

I came across an article by Ellen Brown that orriginated on TruthDig. Here is a brief excerpt:

"As Sylvia Chi, chair of the legislative committee of the California Public Banking Alliance, explains:

The Green New Deal relies on a network of public banks — like a decentralized version of the RFC — as part of the plan to help finance the contemplated public investments. This approach has worked in Germany, where public banks have been integral in financing renewable energy installations and energy efficiency retrofits."

I find the concept of the GIB really exciting as described in Tamara's timely article. I live in Washington state. I am going to see if there is any effort here to create on of these institutions.

Many thanks! It will be interesting to follow developments here. 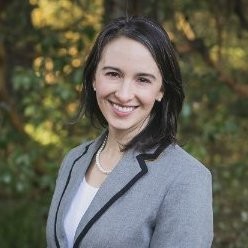