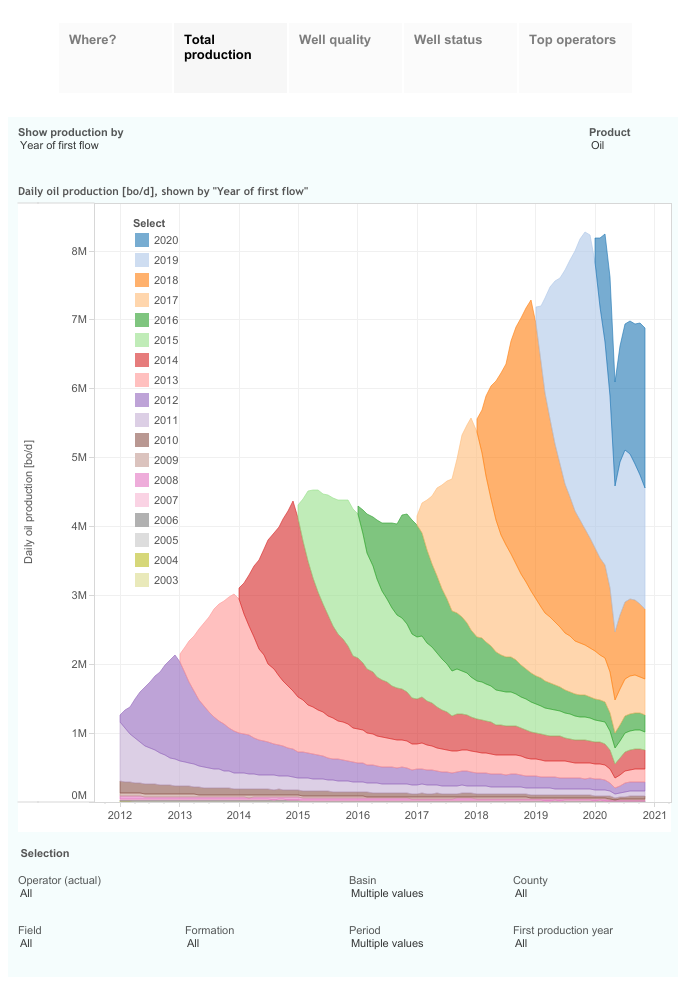 These interactive presentations contain the latest oil & gas production data from 140,745 horizontal wells in 13 US states, through November. Ohio & West Virginia are excluded from most overviews as these states did not yet publish production data for October & November.

US tight oil production continued to hover at a level close to 7.0 million bo/d in November, for the 5th consecutive month. Natural gas did a little better, as it slightly rose to above 65 Bcf/d. which was only 3 Bcf/d below the record set in March.

Although the horizontal rig count increased again last month to 357 rigs in the lower 48 (according to the Baker Hughes rig count), the pace has slowed down to 16, only half compared with previous months.  Our Supply Projection dashboard, which always shows the latest outlook for tight oil & gas, assuming no further changes in the horizontal rig count and productivity, now looks as follows: 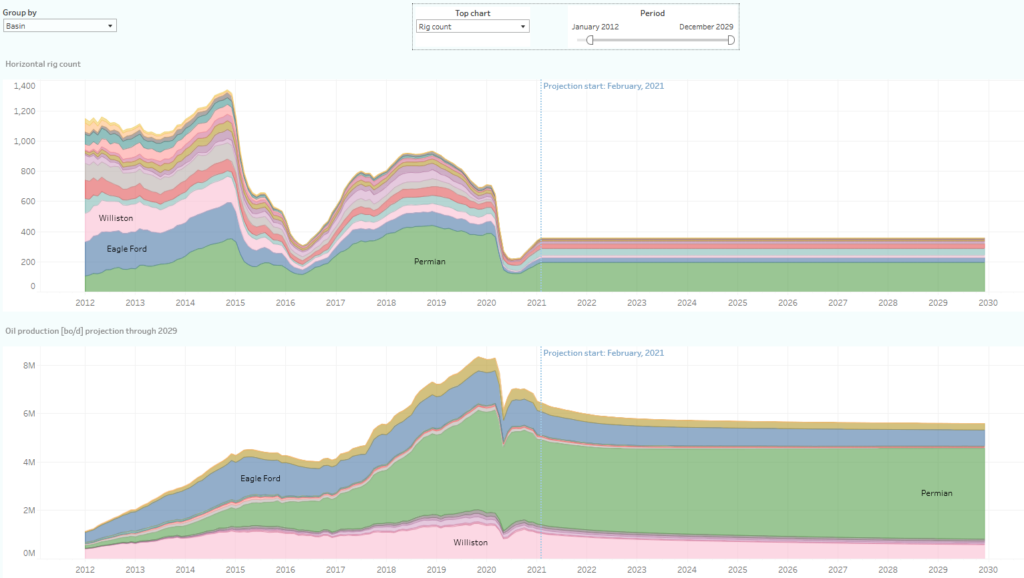 It reveals that further steep declines in tight oil & gas are unlikely, unless the rig count starts dropping again. If rig efficiency has increased somewhat in the last several months, as seems likely, this projection probably slightly even underestimates upcoming supply.

The 20 largest tight oil operators are visualized in the last overview (“Top operators”). ConocoPhillips, Pioneer Natural Resources, Diamondback and Chevron also saw significant jumps in output as several acquisitions closed. Other M&A activity will soon be reflected as well. Occidental showed the steepest decline among these producers, as it completed fewer than half the number of wells than in 2019. 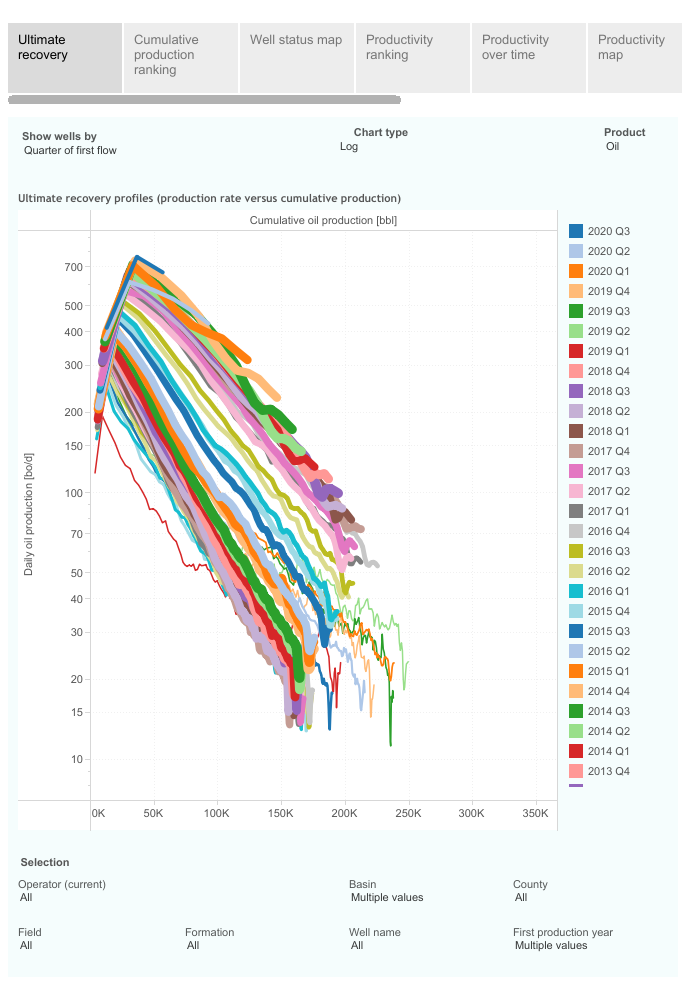 This “Ultimate recovery” overview shows the relationship between production rates and cumulative production over time. The oil basins are preselected and the wells are grouped by the quarter in which production started.

The impact of the shut-ins last year is clearly visible in these quarterly vintages, and that the lasting effect might be limited, at least for younger wells. If you select the Q3 2020 vintage, you can see that those wells had the best average initial performance so far, but the thin line already highlights that the number of wells (995), was also lower than many other vintages.

Our Permit activity dashboard now covers the 10 states in which 99%+ of all the horizontal drilling in the US takes place:

Permit activity over time in all the major US tight basins, through March 1st 2021

The chart on the right shows the number of permits for horizontal wells over time, by quarter and by status of the permit. In Q2 2020, fewer than 2,300 permits were approved, close to the decade-low in 2016 Q2 (2,164), but the number has been rising since. In the first 2 months of this year 1,685 permits were approved. The interactive version of this dashboard allows you to easily figure out which operators submitted these permits and where the permitted locations are.

Next week we will have a new post on North Dakota, which will release production data for January in the coming days. After that we follow-up with one on the Haynesville Basin, which is now the 2nd most active basin in the US, after the Permian, based on drilling activity.

Visit our blog to read the full post and use the interactive dashboards to gain more insight: https://bit.ly/3e4QOrN