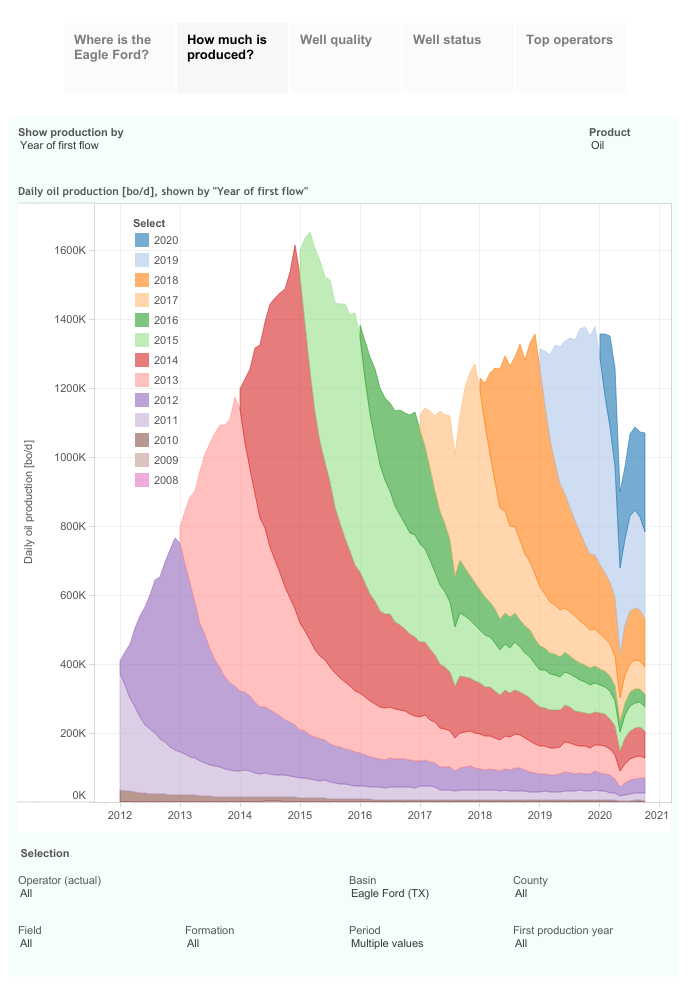 These interactive presentations contain the latest oil & gas production data from all 25,174 horizontal wells in the Eagle Ford region, that have started producing from 2008 onward, through October 2020.

Tight oil production in the Eagle Ford was unchanged m-o-m at 1.1 million bo/d in October (after upcoming revisions). Compared with December 2019, the basin has lost 300 thousand bo/d. The main reason was that fewer than half the number of wells were completed through October than in the year before (882 vs 1,817).

An important issue for the basin is that well productivity has not materially changed since 2017, as is visible in the “Well quality” tab. You can see this in more detail from this chart from ShaleProfile Analytics, in which well productivity is measured by the average cumulative oil production in the first 6 months, by quarter and by basin: 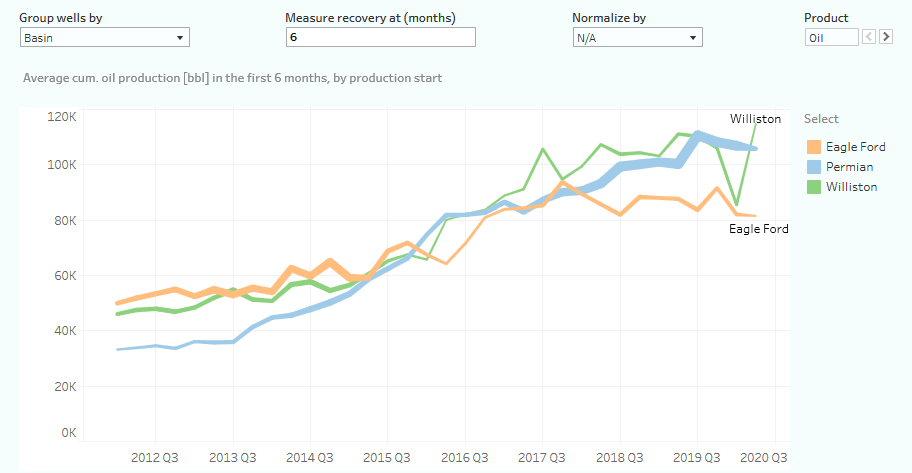 This is not normalized for the increases in lateral length (which is possible to do in this chart), which would show an even longer stagnation.

But obviously, the averages hide the fact that there are large differences between operators and locations.

This image from our Productivity Ranking dashboard reveals the performance of individual wells & operators in the basin:

Productivity ranking of operators in the Eagle Ford, based on the average 12-month cumulative oil production. Oil wells since 2017 only.

Here we have selected all the horizontal oil wells in the Eagle Ford, with a production start since 2017 and with at least 1 year of production. Their location and performance (red is better) are displayed on the map. All operators with at least 20 such wells are listed and ranked based on their average performance on the right side. Ensign scores the best results, as its 25 wells that began production in the last 4 years recovered 220 thousand barrels of oil, on average, in the first year. EOG, the top producer in this basin, is ranked 4th, with an average performance of 155 thousand barrels (based on 939 wells).

The 8 largest operators in the basin are displayed in the final tab. EOG saw a big rise in its October production, as most of its shut-in wells were back online. Still, in June 2014 it produced more than in October. 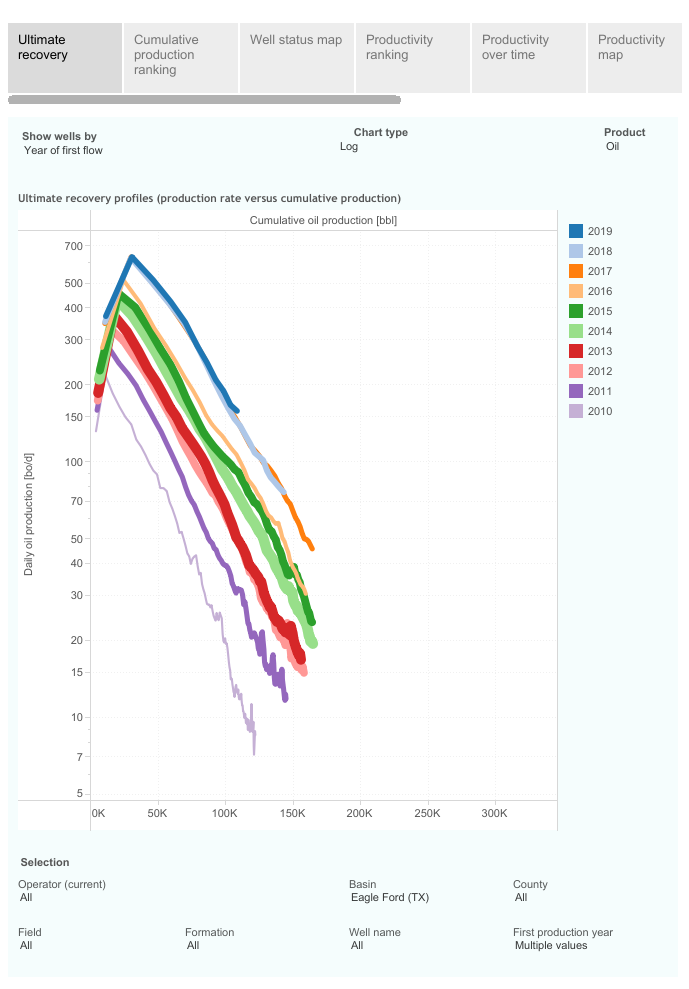 This “Ultimate recovery” overview reveals the relationship between production rates and cumulative production. Wells are grouped and averaged by the year in which production started.

Next week we will have a new post, probably on the Niobrara.

Visit our blog to read the full post and use the interactive dashboards to gain more insight: https://bit.ly/39KideR