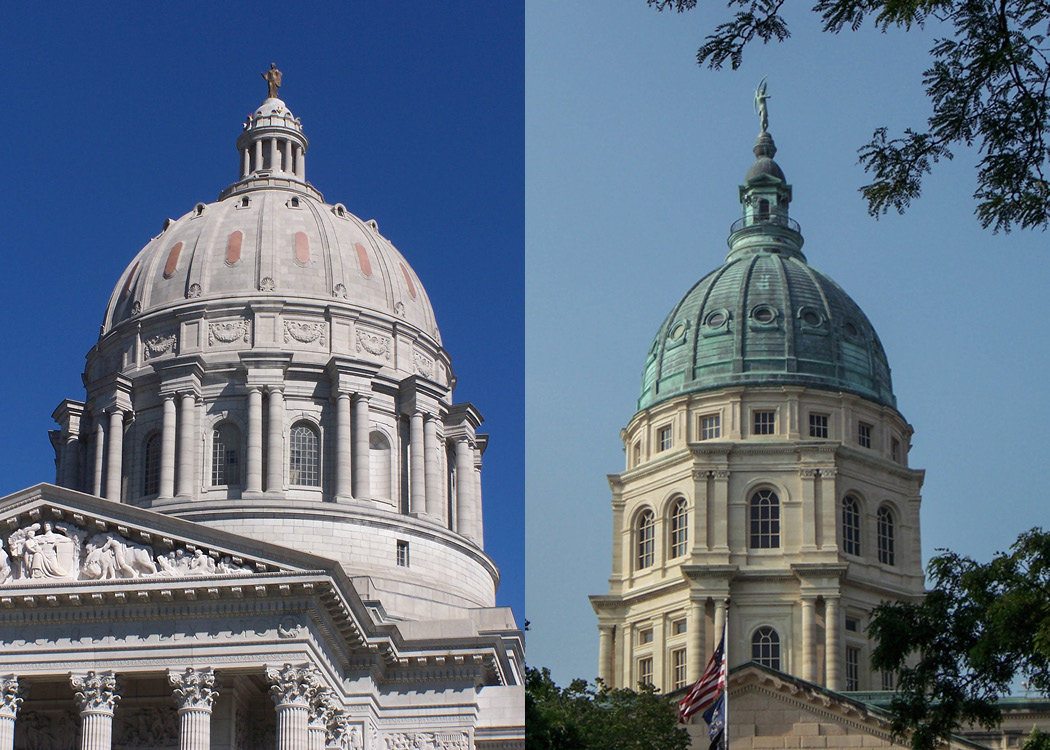 In Kansas and Missouri, critics say the “energy choice” legislation is in direct conflict with cities’ commitments to transition from fossil fuels.

Kansas and Missouri may become the next states to block cities from banning natural gas, with hearings on legislation in both states expected soon.

Although natural gas bans at this point are more of a coastal phenomenon, many Midwestern cities have adopted climate goals that will be difficult to achieve with continued reliance on natural gas. More than two dozen Missouri cities, including Kansas City and St. Louis, have established clean energy goals, along with Lawrence, Kansas. A coalition of Kansas City suburbs recently adopted a climate plan committing to providing city services using only clean energy by 2030, and for all community energy use to be sourced from renewables by 2035.

Promoters of clean energy in both states say the pending legislation preempts local decision-making, and they expressed concern that the language could interfere with transitioning from fossil fuels to renewables.

“It does seem that the legislation … was intended to prohibit cities like Lawrence from taking steps to reach those goals we set,” said Jasmin Moore, the sustainability director for Lawrence and Douglas County. In March, the Lawrence City Council committed to a gradual transition to clean energy. The first goal is to use electricity only from renewable sources by 2025. Natural gas apparently still would be acceptable. Moore said the city has contracted with Evergy to meet 98% of its power needs with wind.

The final goal calls for clean energy in all sectors citywide by 2035. That presumably would preclude the use of natural gas.

Moore continued: “I think [the bill] has the potential to slow down the process. The goals of Lawrence are pretty aggressive, and that was intentional because of the climate crisis. The city felt this kind of action is needed now. We wanted to demonstrate leadership in the state.”

Dorothy Barnett, executive director of the Kansas Climate & Energy Project, sees the proposed Energy Choice Act as “a reaction to the new Lawrence ordinance to meet their goal of 100% renewable energy by 2035. I believe it is an attempt to stop local communities from taking climate action.”

She said it also would violate a 1960 amendment to the Kansas Constitution, which gives cities the right “to determine their local affairs and government.”

“Why,” Barnett asks, “should this issue be allowed to circumvent our constitution?”

Zack Pistora, legislative director for the Kansas Sierra Club, said it would be “shortsighted and irresponsible for the state legislature to preemptively interfere with local governments’ energy plans, especially when using Kansas-based, pollution-free energy resources like wind, solar, energy storage, and efficiency [that] can create jobs, improve health and social equity outcomes, and save residents a lot of money.

“The Energy Choice Act doesn’t sound like it gives much choice to our local communities and their elected leaders who want to move past the negative costs of fossil fuels.”

Renew Missouri executive director James Owen said he thinks the gas industry is backing the legislation because it sees an “existential threat” in the gradual conversion of chunks of the economy to electricity.

Pistora said the American Public Gas Association has been promoting the bills, with help from the American Legislative Exchange Council. The council provides model legislation — generally with a politically conservative spin — for introduction to legislatures nationwide.

Similar legislation surfaced in several statehouses, including Missouri, last year. It was approved in Tennessee, Arizona and Oklahoma and Louisiana, according to the public gas association.

Although the association didn’t acknowledge a central role in pushing for the legislation, the group endorsed it in a statement.

In an email, spokesperson Audrey Casey wrote that the American Public Gas Association “believes Americans should be able to choose the energy source that best fits their lifestyle and budget. That’s why we support policies that protect consumer choice. It’s time for policymakers in Kansas and in states across the U.S. to support legislation that would ensure natural gas remains an integral part of our country’s energy future.”

In Kansas, Senate Bill 24 is scheduled for a hearing before the Senate Utilities Committee on Thursday. In Missouri, where Rep. Ron Hicks and Sen. Eric Burlison introduced companion bills, Owen predicted they would get a hearing very soon.

“The legislature will take a good run at this,” he said. “I think it could pass.”

The language was just introduced, and Owen said he’s not clear just what its repercussions might be. However, he’s convinced it’s a signal that the nation’s gas industry senses an impending “existential threat” in the gradual electrification of the nation’s economy and infrastructure. Missouri’s two major electric companies, Ameren and Evergy, see the possibility of electrification everywhere, he said, and are seeking permission from the state Public Service Commission to capitalize on that.

“There’s going to be a push to give incentives for businesses and residential customers to go electric. This is the first salvo in the battle to prevent that from happening.”