What Does Germany's Blockchain Strategy Mean For Its Energy Industry?

Germany’s blockchain strategy, which was released earlier this week, should not be viewed in isolation. Given the tightly integrated energy network within the EU, it is difficult to envisage a strategy that works by itself. Germany’s blockchain strategy has a domino effect on other countries. Besides being the industrial powerhouse of Europe, Germany has powered the renewable energy revolution in Europe. It's most recently-released climate package is intended to spur electric vehicles and they are a major use case for blockchain's use within the energy grid.

The other part that needs to be taken into account is that there is just one public blockchain (to my knowledge) that has originated in Germany. IOTA is a platform for the Internet of Things (IoT) devices, meaning devices that track your energy usage like Nest or Amazon's smart devices. Therefore, it is not surprising that the document makes special mention of blockchain’s use in the energy industry.

Perhaps the biggest revelation in Germany’s blockchain strategy is its use in a blockchain-based energy system connection to a public database. The document states that the pilot of a blockchain-based energy system to a public database has already begun. In simple words, this means that it might be possible to witness energy transactions for consumers on a public blockchain. But the question of privacy remains. How does one balance the demands of a pseudonymous blockchain, with information that can be traced back to consumers, with the transparency and integrity that blockchain provides? Smart grid meters are already facing resistance within certain EU jurisdictions because they transport energy usage data to providers.

To recap, there are two key areas that the German government has identified for blockchain’s use within the energy industry.

The first one is process efficiency within the energy industry. Within that context, the German government intends to use blockchain to digitize parts of the grid to aid energy transition towards renewable energy. As has already been previously documented, blockchain can be used in several initiatives relating to renewable energy, from development of peer-to-peer marketplaces to management of Distributed Energy Resources (DERs). In addition to this, the program also plans to disburse funds for smart contracts. Specifically, the strategy document mentions their use in the production and logistics of energy networks. Other areas which will receive funds are the Copernicus project, a project that plans to aid the energy transition by creating new energy networks.

That said, the blockchain strategy document mentions make special mention of the additional power requirements and resource consumption for blockchain. The energy consumption for various public blockchains has already been documented. But it is not a good idea to conflate bitcoin with semi-private blockchains. Bitcoin uses the Proof of Work (PoW) algorithm but energy networks will likely use different consensus mechanisms to arrive at the integrity of a transaction. 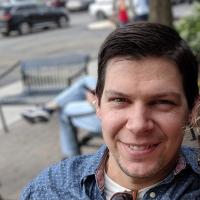 This was a very informative read. Thank you.

Tom,  Thanks for sharing they FERC is working on the cyber secirity isdue at all.