Why would attackers hit defenses head-on when they could simply bypass them? The two transformer hardware cases along with the backdoors in smart transmitters led me to the epiphany that OT cyber security is like the Maginot Line from World War II. The focus for ICS cyber security has  been on the OT networks, assuming all OT cyber threats have to go through the OT Ethernet networks where they could be detected and hopefully blocked. In the WAPA case (https://www.controlglobal.com/blogs/unfettered/presidential-executive-order-13920-was-not-due-to-a-malware-event-recent-and-upcoming-events-will-discuss-the-event) and the load tap changer (LTC) case (this blog), the Chinese went around the network cyber security and bypassed the OT cyber security Maginot Line. This occurred to me while I was going over slides I was preparing for the July 30th SURFA meeting. An individual familiar with the JSHP transformer case at WAPA reviewed the slides with me. He had mentioned that there was a knock-off LTC Load Tap Changer (LTC) in a Chinese transformer. I assumed he meant the knock-off LTC was at WAPA and included that in my draft slides for his review. However, my contact told me it was NOT at WAPA but at another utility, this one investor-owned.

The Chinese hardware backdoors reminded me of two instances of particular significance. In the mid-1990s when I was managing the EPRI Fossil Plant Instrumentation & Controls (I&C) Program, we had a meeting of the I&C Advisory Committee at the Westinghouse Process Controls Division where they made the Westinghouse plant Distributed Control Systems – DCSs (the Westinghouse Process Control Division was subsequently bought by Emerson). A large number of the systems on the factory floor were on their way to China for steel, power, water, etc.

The second instance was in 1999 when I attended the joint US/China Y2K Conference in Shanghai. Following the Conference, I was given a visit to a new multi-unit coal-fired power plant. I thought I recognized the equipment in the plant as it looked just like an ABB-CE coal-fired plant with Westinghouse turbines I had seen at many US power plants. However, I was in for a surprise. Except for the first-of-kind Max DCSs, everything in that plant had Chinese nameplates, including what I thought were the Westinghouse turbines and turbine controls, as they were obviously reengineered. The Chinese certainly know our systems. As Sinclair Koelemij in his blog 7/4/20 blog – “Dare for More, featuring the ICS kill-chain and a steel mill” discusses the 2 steps of the cyber kill chain. Step 1 is reconnaissance and information gathering while step 2 is the attack. When you supply the equipment, there is no need for Step 1.

The original intent of ICS cyber security was to keep lights on, water flowing, and maintain reliability and safety. Unfortunately, the intent of ICS cyber security has been changed by the OT network security community and it is no longer about preventing system impacts but about maintaining OT network integrity.   As Dragos’ Rob Lee told me about process sensors, why care about the sensors when everything has to go through the OT network and the OT network threat hunters and network security will detect any anomaly (this is a common mantra from the OT network monitoring vendors). In the Second World War the Maginot Line was an effective, advanced fortification, and the invading German forces simply bypassed it rather than try to breach it. Similarly, OT network defenses are also effective and advanced, which is why attackers have an incentive to bypass them. This is particularly concerning, considering that compromised sensors could cause equipment issues at the power system level since control systems rely on accurate input that agrees with potential transformers (PT) and current transformers (CT) inputs.  Unfortunately, this is the reason I feel OT network threat hunting and cyber security is the second coming of the Maginot Line. The Chinese have already demonstrated they know our equipment, have similar knock-off equipment, and can get around the “Maginot Line” by installing hardware backdoors. The Chinese have done this with at least one transformer in the US. It is unclear whether the other 200+ large Chinese transformers installed in the US grid have similar backdoors which is the reason for Presidential Executive Order 13920. As a result, the Executive Order excludes the Maginot Line (network monitoring) as it has been bypassed by the hardware backdoors. Now we have another case that may be even worse. These are not the only cases where the OT Maginot Line can, or has been, breached. As mentioned in previous blogs, smart process sensors have built-in back doors that cannot be closed. There are also other examples.

First some background about LTCs. Transformers are the devices that transform the voltages from higher voltages to lower voltages or lower voltages to higher voltages. This is accomplished through the design of the coils (windings) in the transformer, and is a function of the turns ratio – the number of turns in one winding relative to the number of turns in another. When supplying power to a customer load, the transformer output must be kept at a relatively constant voltage level regardless of the changing current required by the load. This is accomplished by installing an LTC onto the transformer. The LTC changes the transformer turns ratio by moving among a number of access points or “taps” on one of the two windings, thus either raising or lowering the voltage supplied to the customer. This can be done manually or automatically, although both rely on the measured voltage. If the voltage measurement is compromised, the LTC can be at risk in either manual or automatic operation. If an LTC fails, the entire transformer will be out of service. In extreme cases where the transformer cannot be disabled, the LTC will be manually locked to a particular position as determined by the engineers. If an outage is necessary, this will have an adverse effect on numerous transmission or distribution circuits and an adverse effect on the remaining power grid due to the need to reroute the load to supply the affected circuits. Should the transformer be one of two transformers designed for a parallel transformer design, which is common in transmission stations, then the implications become far more dangerous because of the introduction of circulating current between the two electrically connected transformers. This could lead to severe physical damage to the transmission station and the transformers themselves as well as the potential danger posed to any utility personnel within the station itself.

Buying a large transformer is like buying a commercial airplane. You are essentially buying the frame from Boeing or Airbus and then specifying whose engines, flight electronics, etc. should be included to make the final airplane. Buying a transformer is similar. You procure the “transformer box” and then separately specify the LTC, protective relays, transformer diagnostics, etc. to provide a complete transformer system. The specification of a transformer for a generation or transmission station is extremely detailed and the inspection and acceptance testing is thorough in its requirements. The transformer is a major component of those stations and accounts for up to half the cost of the stations’ overall construction costs.

I will discuss some of the issues involved in this potentially devastating problem recognizing the LTC case is another example where the Chinese have breached the ICS cyber security Maginot Line:

Executive Order 13920 provides a great opportunity to address the cyber security of the control system and physical hardware. The Chinese (and Russians) are already in our grids. Without process sensor monitoring, backdoor connections may not be detected.  When will the industry including regulators, vendors, industry organizations, equipment vendors adequately address these risks? Open source software can be a real challenge when it comes to software supply chain risk. I plan to keep a close eye on this initiative.I hope they are successful in their quest: build a mutual understanding of the high-level threats, security.. 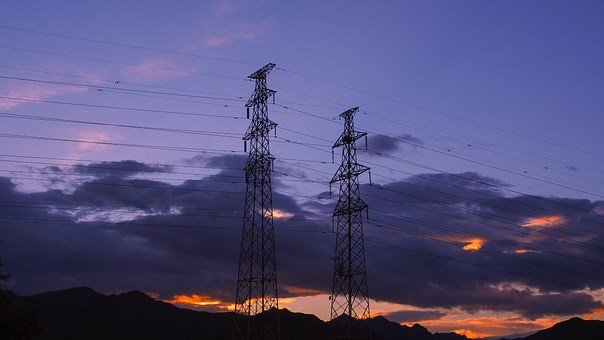 NIST: Keeping the Lights On

I think everyone that reads my materials knows that I am a BIG believer in the NIST Cybersecurity Framework V 1.1. This short article from NIST's Ron Ross contains some insights and guidance, which I found useful. Here are my key take-aways:-  In..

NIST: Keeping the Lights On