The Emerging Role of GIS in Utilities & The Exciting Opportunities of Tomorrow: Exclusive Interview with John Simmins of Alfred University - [an Energy Central Power Perspectives™ Interview] Everywhere you look, big data, analytics, and the Internet of Things is revolutionizing the utility sector and the tools at the industry’s disposal. Specifically, regarding geographic information systems (GIS), energy companies are recognizing that the associated emerging technological and analytical solutions are enabling them to optimize the product they provide customers, massively increase reliability and resilience across the grid, and deliver new and previously impossible opportunity for innovation.

Don’t believe the excitement that the utility industry has for GIS? Look no further than the recent special issue Energy Central ran on the topic and the series of deeply insightful and contagiously enthusiastic articles that community members submitted.

To keep the momentum going on focusing on GIS in utilities, Energy Central had the opportunity to speak with Dr. John Simmins, who is Associate Provost in Research & Economic Development at Alfred University, after having spent nearly a decade at EPRI working on Information and Communication Technology for Smart Distribution Systems. Dr. Simmins has been quite active at the cutting edge of GIS research, including trending topics like machine learning, virtual reality, and other innovative ways GIS can be used for forward-looking utilities to better serve their customers.

Matt Chester: You’ve spent a lot of time studying and leading the utility industry towards the benefits of GIS. To start things off, what got you involved in this field? What’s the background that led you to this pathway?

John Simmins: I had gained a reputation in the Washington, DC, area as a ‘turnaround’ project manager, taking disaster IT projects and getting them back on track. I took a consulting job at a distribution co-op near Washington where they had such a project. During the project, Hurricane Isabel roared up the Chesapeake Bay, knocking out a majority of our customers. The restoration process was very painful given the stage of automation and integration at the utility. I was offered a permanent position with the proviso that I implement a modern GIS and outage management system in 11 months. I took them up on the challenge and had the software in place and completely integrated into their application portfolio in plenty of time. During that process, I was introduced to GIS and the concept of thinking spatially. I was overwhelmed with the possibilities my mind was conjuring up. Most of my subsequent career at EPRI was based on the issues I experienced at the distribution coop with GIS and outage management.

MC: Since you’re now working at a university, I’m curious if you could give a grade to the utility industry widely in terms of how well it’s doing as a whole in embracing the potential of GIS. Do you see a lot of organizations at the cutting edge, are there only a few leaders really embracing it, or does the industry as a whole have a lot of catching up to do? I

JS:  think that rather than a single grade, you would need an entire report card:

Data quality and timeliness: B-

Enterprise use of data: C

So the industry is not quite on the Dean’s List, but not on probation either.

MC: When it comes to GIS in utilities, it seems the potential applications run the gamut. What are the particular use cases that you think have the most potential to change the industry? On the other hand, are there any that are more flash than substance?

JS: I think that creating a 3D model and using the data in augmented and virtual reality will revolution the industry. At EPRI, we saw double digit productivity gains in O&M functions using AR and that will completely change how utilities do work. With the increasing pressure to reduce O&M costs, AR has the possibility to be a game changer. AR in the field means GIS, specifically 3D GIS. Though AR is just one benefit to going 3D, it’s a big one and can help drive the conversion from 2D to 3D. 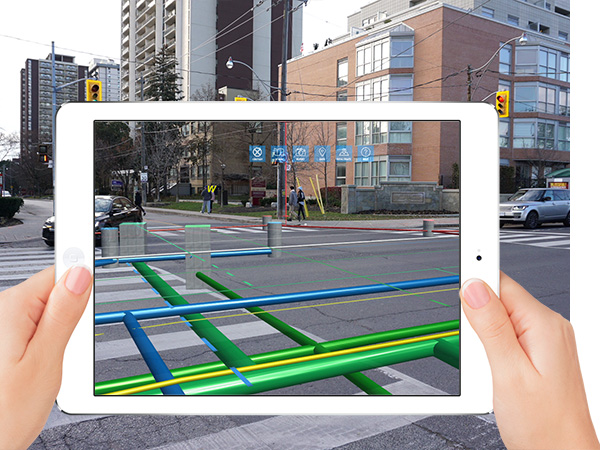 MC: You mention virtual reality and augmented reality and how GIS can come into play there. Can you talk more about the benefits that this emerging technology could bring that should encourage utilities to invest their time and resources in them?

JS: AR, and to a lesser extent VR, has gone from sporadic pilot projects to full production implementations at several large utilities. I don’t think there is any need to wait further to start implementing AR. The one caveat is that you must understand and pick your use case carefully. Make sure that AR is a value add and not just a ‘nice-to-have’ add on. The costs of AR can be hefty but the rewards and payback for a well conceive implementation on a carefully selected use case can be huge and nearly immediate. The vendor population continues to shake out, so you need to be careful that your vendor is going to be there for the long haul. Best to go with a software provider with a verifiable track record in utilities.

MC: You’ve noted that the future direction of your research in GIS and utilities will have a focus on machine learning in tandem with GIS—how do these two evolving technologies and digital capabilities play hand-in-hand? What are the limitations of GIS applications that don’t embrace machine learning?

JS: GIS and machine learning were made for each other. Many of the techniques used in machine learning use the language of spatial inference. For example, there is the concept of ‘k-means clustering,’ which is a method of vector quantization in multi-variant space, a totally abstract concept. Well, when you deal with GIS data, the technique can have real-world, spatial meaning.

Another example is tessellation. Tessellation is another way to divide up multi-variant space based on the distance between points in that space. The points can be completely abstract but can also describe real objects and real interactions between objects.

MC: When talking about the future potential for GIS, is there any goal or application that is out of reach now but you would consider a potential ‘holy grail’ that the industry is or should be pursuing?

JS: I think that looking at power flow of a distribution grid from a mechanistic perspective rather than predictive algorithms based on model holds a lot of promise. Using unsupervised learning to determine how a distribution grid will operate under new, or unique, conditions based on every condition the grid has experienced is the holy grail. That will lead to fully automated grid management. 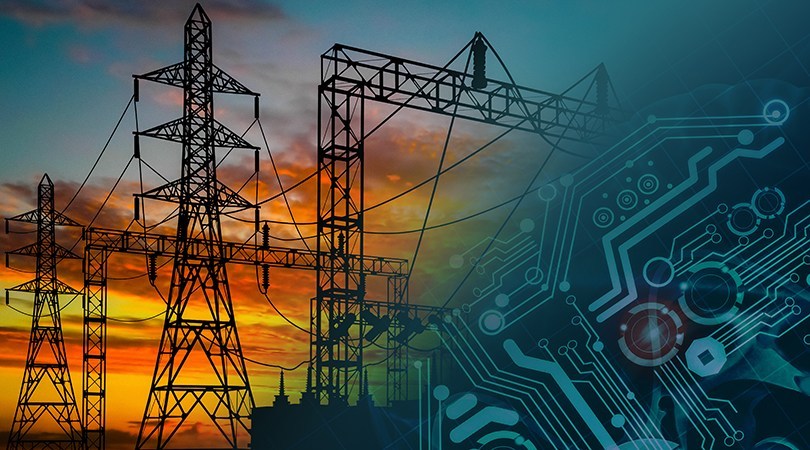 MC: If you could share a piece of advice to utility management professionals who aren’t heavily educated in or invested in GIS at the moment, what would it be? What do you hope people take away from this conversation, if nothing else?

JS: I would ask them to imagine what it would be like to have a 3D model of your grid with near real-time data associated with that model. What kind of questions could you ask? What kind of answers would you like? How could you use the data? I would advise the utility management professional to start ‘imagineering’ their future state without constraints of CPU or bandwidth or connectivity. Those problems are being fixed and by the time you have implemented your dream use case, the IT infrastructure will be up to the task.