This item is part of the Special Issue - 04/2020 - Cybersecurity, click here for more

I helped start the control system cyber security program for the electric industry in 2000 while at the Electric Power Research Institute-EPRI (I left EPRI in 2002). The program was based on three pillars – physical security (”guns, gates, and guards” which already existed), network security (needed to be addressed by the IT community), and control system cyber security (which can only be addressed by the control system community including the electric utilities). The program was about “keeping lights on and water flowing”.  Keeping Internet Protocol (routable) networks available was not the ultimate goal.

When we started the program in 2000 there was little understanding about cyber security beyond it being an “e-mail problem”. There was, and continues to be, little buy-in of cyber security by the substation and power plant communities.  Moreover, cybersecurity policymakers, including in the NERC CIP process, have assumed that control systems are simply another type of IT infrastructure and, therefore, IT policies, technologies, training, and testing methodologies apply.  This is also why much of the current focus is on the Human Machine Interfaces-HMIs (Windows) rather than the actual control systems. There have been numerous cases where IT security policies, procedures, technology, and/or testing have impacted control system operation, sometimes actually damaging control systems. Moreover, keeping the focus on the HMIs have left the unsecured control syetem devices unmonitored for cyber security.

The NERC CIP process changed the face of cyber security in the electric industry. The overwhelming positive of the NERC CIPs was getting management attention to the concept of cyber security. However, the ultimate goal changed from keeping lights on to keeping the networks available – these are not the same.  Moreover, the CIPs became a compliance exercise staffed with compliance and network security experts, not grid and power plant experts. This has significant implications for the ultimate goal of keeping the grid reliable, available, and safe.

The NERC CIPs have several very significant limitations for protecting the grid:

What needs to be: 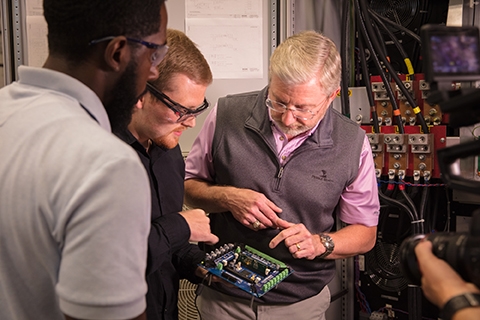 The first of a series of posts describing what I've learned from participating in the Software Transparency Initiative of the National Technology and Information Administration - or, "Tom's great SBOM adventure".

Thanks for the technical primer, Arijit-- most helpful! I'm curious where/when the first big pilot in a U.S. utility will come about harnessing...

Thorsten commented on ...
The Good, the Bad, and the Ugly: About Enterprise Architecture for Utilities

In the meantime, part 2 of our Enterprise Architecture Blueprint for Utilities series has been published: "