This item is part of the Distributed Energy Resources - Fall 2019 SPECIAL ISSUE, click here for more

In today’s multifaceted energy world, a growing number of prosumer assets are increasing the complexity of power grids (towardsdatascience.com/no-fast-enough-energy-transition-without-intelligent-energy-storage). Decentralized systems with solar generation, wind turbines, and electric vehicles provide promise for a decarbonized future, but also bring along challenges for both utilities and prosumers.

The transformation of energy grids, the emergence of new services, new players: prosummers, consum’actors and new models such as self-consumption, alters the operating requirements and constraints of the grids themselves and imposes the management of increasingly massive data that would be unworkable without recourse to AI.

The energy market is moving away from a model with centralized power plants only and entering the era of distributed grids and peer-to-peer markets. Multiple elements of the energy ecosystem are evolving at a dizzying speed. We are seeing a very complex market emerging, where the distribution company needs to allow more and more renewables and flexible energy assets to be installed behind the meter while maintaining a stable local grid. At the same time, prosumers who have installed such flexible assets want to optimize their energy flow to maximize the value of their investment.

A steadily growing challenge is the emergence and accelerated the growth of a decentralized generation, where private users, bigger or smaller, generate and use their own electricity from renewable sources, such as wind and solar power. This complicates supply & demand oblige utilities to buy surplus energy from private users, who produce more electricity than they consume and send it back to the grid. Since 2010, the use of solar energy has substantially increased and this exponential trend is expected to continue with photovoltaic cells, devices generating electricity from sunlight, reducing costs and increasing efficiency.

The current systems have generally not been designed to take into account this diversification of energy sources, particularly the increase in renewable resources. For example, in many American jurisdictions, when demand outstrips supply, utilities activate fossil fuel-based power plants, known as “state of the art” power plants, just a couple minutes in advance to avoid a cascading disaster. This procedure is the most expensive and, but also, the most profitable part for these companies. It results in a higher electricity bill for consumers and an increase in greenhouse gas emissions into the atmosphere. These problems will be exacerbated as energy demand is expected to increase substantially in the coming years. To avoid these non-optimal (for the least) operating mode with Intelligent Energy Storage (IES), AI can enable automatic learning algorithms, combined with data on these complex networks and real-time meteorological data (from satellites, ground observations and climate models), to be exploited with the full potential to predict the electricity generated by RES, such as wind, sun and oceans.

Combined with other technologies such as Big Data, the Cloud and the Internet of Things (IoT), energy storage with AI can play an important role in power grid management by improving the accessibility of power sources. renewable energies.

AI can greatly help to manage electricity consumption so that big utilities or an even smaller grid with DER can sell when it’s expensive and buy when it’s cheap. Machine learning, and especially deep learning, algorithms can be applied in the energy sector in a very interesting way in this context. As the end-users are becoming “prosumers”, smart devices are proliferating, big data is available for analysis, renewable energy sources are growing, and business models and regulations are adapting.

Combining it all together can help get to the point where energy flows and/or is stored at the optimal timing, direction and volume. With artificial intelligence algorithms to determine when to produce, consume, store and trade energy, to the cost-benefit of the end-user, the service provider and the grid operator. With thousands of emerging energy communities, this vision might become clearer and perhaps even the main reality in the coming 5 to 10 years.

More and more sustainable communities, utilities and operators are currently under simulation or in the first phases of pilot projects. With Internet of Things (IoT) demanding more than 10 billion smart devices with over 100 million electric vehicles (buses, trucks and passenger cars), with more than 1 billion prosumers (private and industrial) having their own “production” of kWh (solar or else), all predicted by the year 2025 — it’ll be a huge challenge to maintaining reliability and secured supply and grid stability.

Expectations of how DERs will evolve in the coming years are multiple.  But these changes require a completely new operating paradigm, and there is no better test for technology than real life. New models involving Artificial Intelligence, Energy Storage and Renewable are already being applied at various levels in many states on all continents, not to mention Australia, California, Germany, China, Costa Rica, Israel and many other countries around the world.  It’s not required to be psychic to envisage that AI and DER will be the Transformational technologies that will soon be making the new grid model. 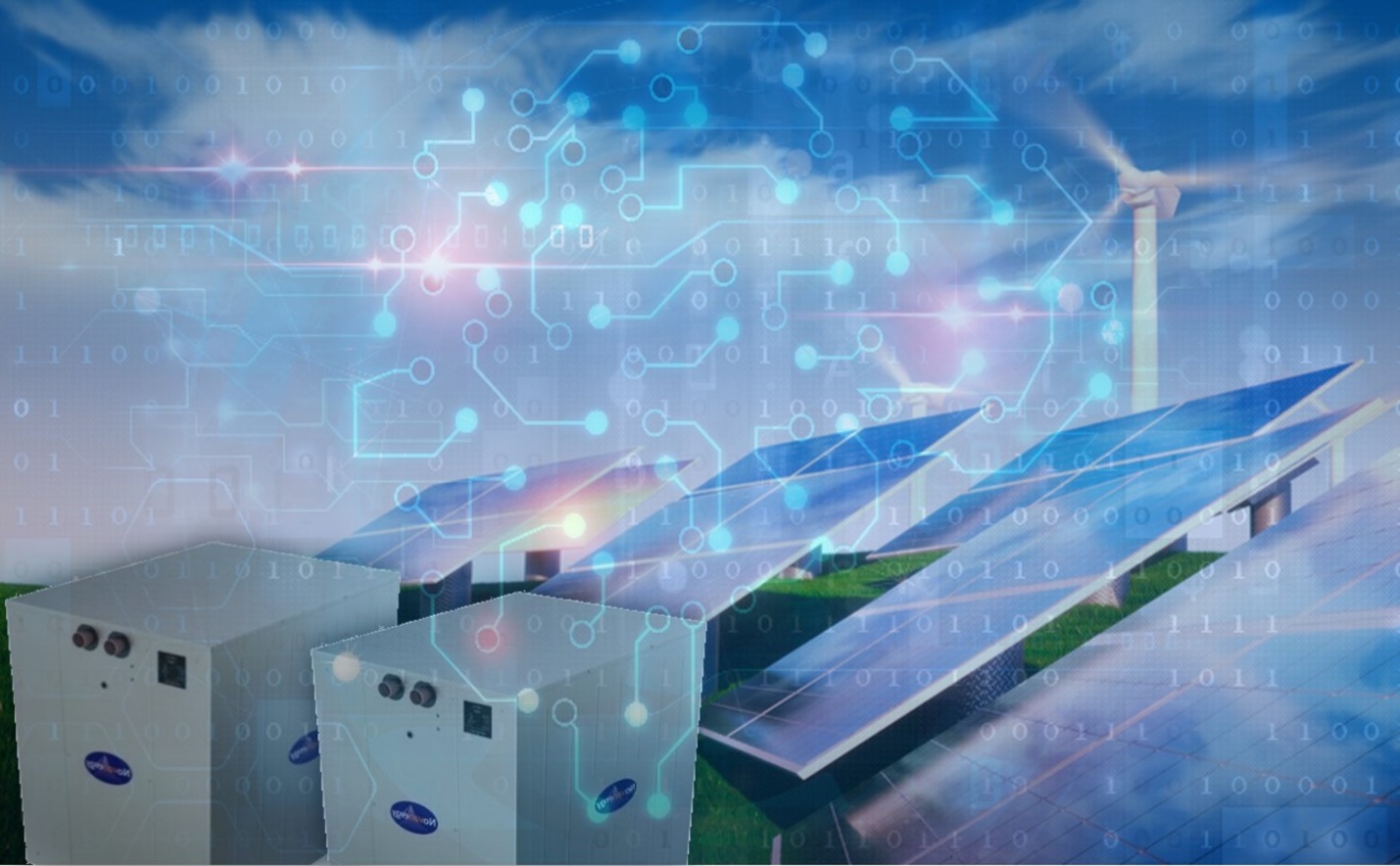 Expectations of how DERs will evolve in the coming years are multiple.  But these changes require a completely new operating paradigm, and there is no better test for technology than real life

I really like this perspective, Stephane. And your point that AI & other techs are essential to an increasingly distributed grid is absolutely true-- it's one thing for energy resources to be decentralized, but when the end user wants to still be connected to the larger grid for reliability and for the ability to sell back to the grid, that's impossible without a high degree of intelligence on the grid.

Are there any particular markets (regions or countries) that you think are most ahead of the curve that could be looked towards for guidance on best practices for this shift?

I would say that no country and/or state-size grid is fully AI-ready.  But I would add that Germany is clearly in the shortlist of countries that are ahead in the development of such capacity.

They compare the problem of the grid by comparing to their network of hundreds of "autobahns" crisscrossing the country. For most of the day, anyone motorway will only experience a modicum of traffic. This changes in the evening, as people return home from work. Sometimes, though, hundreds of vehicles will turn onto the motorway without warning, bringing traffic to a halt.

This is much the same situation faced by transmission line operators when wind farms produce more electricity than initially predicted, much as they did in January 2018 when storm-force winds generated 1.1 billion kWh, or 71% of that day’s national electricity requirement. Unlike traffic controllers, however, they can’t use their equivalent of the hard shoulder – the ampacity, or the fixed electrical load that a single line can safely bear – to alleviate pressure on transformers, which can explode if they’re overloaded. Instead, they have to direct traffic to neighbouring countries, or else cut it off at source by curtailing the operation of individual wind farms.

Artificial Intelligence is already is seen in Germany as a potential solution to these "new" grid struggles.

You can read more on this here:

Thanks for your thoughtful reply and the additional resource, Stephane-- looking forward to reading more about this

I agree with Stephane specially in Germany our company is supplying and deploying AI based solution vastly in distribution grid market.

It's great to continue to see innovative AI-based solutions like yours deploy in a substantially distributed grid market such as Germany.  The collective experience will help generate a sustainable model for all.

If you are reading this post you may be interested in the following speaking role. I have a Utility University session conditionally approved for Monday afternoon, January 27, at DIstribuTech. I have an opportunity for a UTILITY speaker on this subject - AI and IoT on the edge. The topic can be plans, opinions, proofs of concept, or pilot projects. You will be one of four speakers, each for an hour. The other speakers are IBM, NIST, and an Industry IoT expert. Please contact directly ASAP jskatz@us.ibm.com