Everyone is talking about the resilience provided by indefinite renewables-driven backup power. Everyone understands that the value of this resilience is significant. However, everyone seems to be stumped when it comes to quantifying this value — as is evident at conferences, in numerous articles, and at high levels of government.

But it turns out that we can in fact quantify the value-of-resilience (VOR). The Clean Coalition has shown the way with these major breakthroughs: 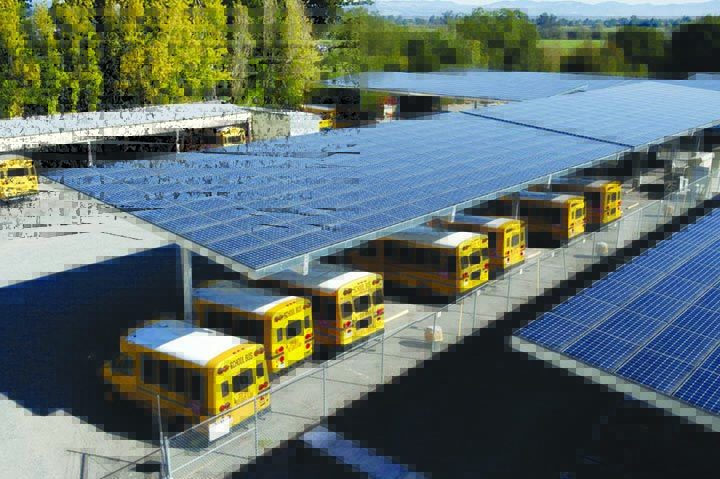 Making it simple to value resilience

In 2020 the Clean Coalition formalized the VOR123 methodology, simplifying and standardizing the steps.

In developing our VOR123 methodology, we began by tiering electric loads into three tiers — critical, priority, and discretionary — regardless of facility type:

Tiering the loads in this way makes it simple to determine the VOR for any facility type, whether it’s a hospital, a school, a fire station, a residence, or any other facility type. From a VOR perspective, the only difference between facilities is the relative Tier 1, Tier 2, and Tier 3 load allocations.

Using the common tier levels of 10% of the load for Tier 1, 15% for Tier 2, and 75% for Tier 3 — and assuming enough solar at a site to net-zero the site’s annual electricity consumption — we arrived at these levels of average anticipated resilience:

Percentage of time online for Tier 1, 2, and 3 loads for a Solar Microgrid designed for the University of California Santa Barbara (UCSB) with enough solar to achieve net zero and enough battery energy capacity to hold 2 hours of the nameplate solar (200 kWh energy storage per 100 kW solar).

Determining a standardized value for resilience

Using load tier percentages, we can determine the VOR for any facility.

Arriving at the average 25% VOR adder

The Clean Coalition arrived at these typical VOR multipliers for each of the three load tiers:

Combining the premiums for a standard load-tiering situation yields an effective VOR that is equivalent to a 27.5% adder to a facility’s electricity bill.

The Clean Coalition uses the conservative figure of 25% as the typical VOR123 adder that a site should be willing to pay for indefinite renewables-driven backup power to critical loads — along with renewables-driven backup for the rest of the loads for significant percentages of time. In other words, a facility should be willing to pay 25% more on their electricity bill for the significant VOR provided by a Solar Microgrid.

To validate the 25% adder, the Clean Coalition conducted multiple analyses, including these four approaches:

Read more about these approaches here.

The Clean Coalition has recently put our VOR123 methodology to the test by applying it to a number of feasibility studies, requests for proposals (RFPs), and power purchase agreement (PPA) designs for Solar Microgrid projects.

The VOR calculations added a compelling element to our feasibility studies, showing the full economic benefits of installing Solar Microgrids. The below results show how the Santa Barbara Unified School District (SBUSD) reaps massive benefits in pure bill savings from eight solar projects and six Solar Microgrids, while reaping an almost equivalent amount of free resilience from the six Solar Microgrids alone. These impressive figures helped lead to a unanimous decision by the SBUSD Board to proceed with the projects. 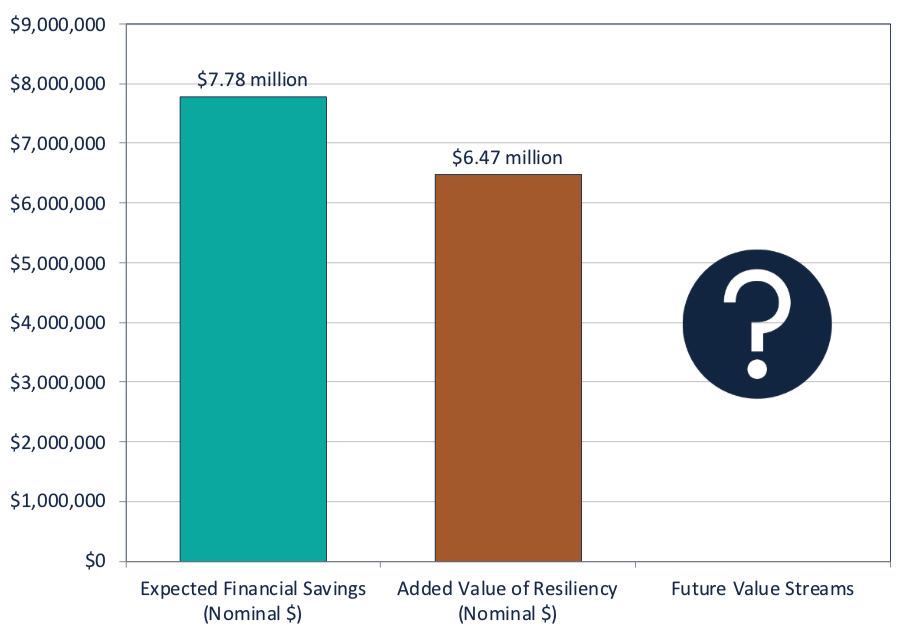 A case study of the San Marcos High School in the SBUSD provides more economic details, as well as an illustration of how electric loads were tiered at that facility.

The VOR for the SBUSD Solar Microgrids was secured via a highly innovative specification in the RFP that was based on the VOR123 methodology. The Clean Coalition’s experience with Solar Microgrids has identified a huge need for standardized Performance Guarantees in integrated Solar Microgrid PPA contracts. The PPA provider needs to be ready to effectively deliver VOR123 resilience and bill savings — or be ready to pay penalties.

The webina Valuing resilience of Solar Microgrids was presented on 5 November 2020 and provides the most up-to-date and comprehensive presentation of our VOR123 methodology.

"Everyone is talking about the resilience provided by indefinite renewables-driven backup power. Everyone understands that the value of this resilience is significant."

Craig, then everyone must be using a definition for "resilience" with which I'm unfamiliar. Mine is

How can unpredictable, intermittent sources or energy possibly be counted on to provide reliable backup power, much less resilient backup power?

It seems you have it backwards. Let's assume a reliability standard of "four nines" (99.99%) resilience / reliability. The most economically-efficient way to price electricity would be to deduct from the compensation sources of energy receive for unreliability, not reward them for reliability - for performing a job that's expected of them. 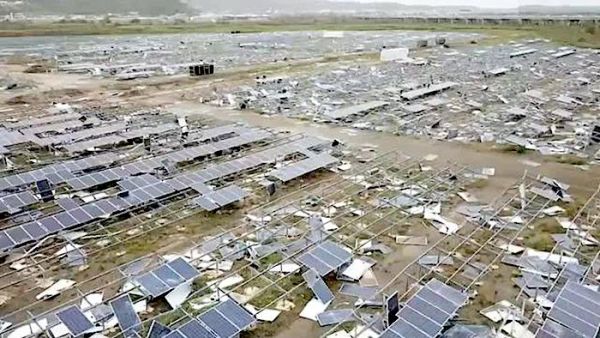 This solar farm in Puerto Rico, after Hurricane Maria (2017), is clearly unable to withstand or recover quickly from difficult conditions. It would seem that everyone (in Puerto Rico, at least) would be talking about the lack of resilience of indefinite renewables-driven backup power, not its resilience.