As a matter of fact Egypt has a robust electricity transmission and distribution networks. A hundred percent of Egyptians have full access to the electricity services.

Egypt’s grid is interconnected with those of Jordan and Libya via a 400 kV and a 220 kV line, respectively. 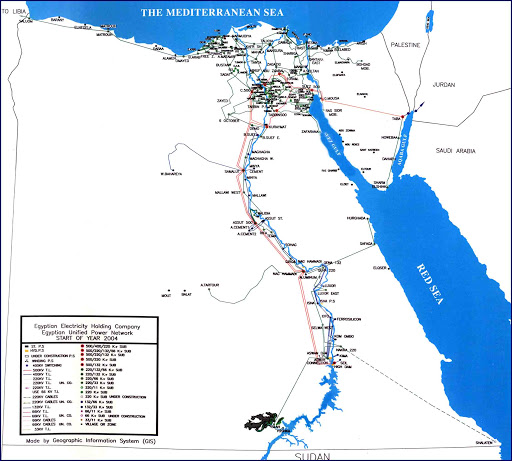 Objectives of the Digitalization

Egypt has set ambitious targets for the roll-out and expansion of renewable electricity generation as well as transmission infrastructure over the next few years. The digital transformation is one of the most prominent files put forward by the government with the aim of providing outstanding services in the simplest and cost-effective methods anytime and anywhere to all institutions and citizens.

The Egyptian electricity sector is implementing reform policies and launching the digital transformation process of energy to:

This can be possible through the development of a secured integrated digital system at the national level, and stimulating foreign investment in digital industries.

A new plan is underway to develop a smart energy grid that supports the digital transformation strategy adopted by the government, with some Chinese companies already applying to engage in the development plan of the sector. The Chinese proposals include innovative solutions in the fields of communications and information technology to build a strong, flexible, and safe electricity grid.

However, Egypt electricity sector had made remarkable achievements in upgrading, improvement, and digitalization of the transmission and distribution subsystems recently. The following lines shed some light on them.

The electricity sector is currently working on improving and developing transmission and distribution networks, including high-voltage transformer stations and control centers. Enhancing the national electricity grid is necessary to absorb the newly added capacities from renewable energy projects, reduce the electricity loss in the grid, and boost electrical interconnection with neighboring countries.

Egyptian Electricity Transmission Company (EETC) is increasing the capacity, reliability and efficiency of the national grid in line with the Egypt Vision 2030 for sustainable development.

EETC has contracted Siemens to supply the first digital power transformers to the Egyptian market. Digitalization of key elements in power grid infrastructure, such as transformers, can certainly help optimize energy distribution and reduce electricity losses. It is expected to promote reliability and operational efficiency of the energy transferred from the Kafr El-Sheikh and Zagazig 500/220 KV transformer substations in the Delta region, which is seeing growing energy demand.

Under the agreement, Siemens will supply 14 Sensformers. This includes engineering, design, fabrication, supervision of the erection of power transformers, site management, testing along with the commissioning services on a turnkey basis. 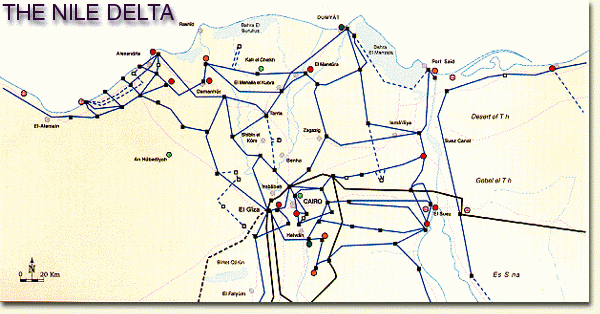 Upgrade and Digitalize the Electrical Grid in the Suez Canal Region

EETC has selected ABB to help upgrade and digitalize the electrical grid in the Port Said region, located along the country’s Mediterranean coast and includes the landmark Suez Canal. The region has a growing population of over 12 million people.

The comprehensive initiative is part of the country’s efforts to upgrade and modernize its power grid. A reliable supply of electricity plays a critical role in operating the Suez Canal, a major artery for global commerce, through which about 17,000 ships pass annually carrying up to 800 million tons of cargo. Demand for electricity is growing fast in the area as a result of rapid urbanization and economic growth.

The ABB Ability™ Network Manager SCADA/EMS helps monitor and control the network to ensure high system reliability and optimize efficiency. The mission-critical communication network provides a back bone where real-time data from equipment in the field can be quickly and reliably leveraged in the control room, maximizing efficient operations.

EETC awarded a contract to ABB Egypt to supply 57 medium voltage electric distributors to be completed during the year 2020 valued L.E.110 million.

EETC targeted to improve the performance and the quality of electric supply through the establishment and development of 14 modernized dispatch centers at the distribution companies. These centers are using the latest technology in control, monitoring and communication systems for monitoring and controlling distributors, transformers and the medium voltage side of distribution stations in a safe and reliable manner.

A loan agreement was signed with Japan International Cooperation Agency (JICA) in the amount of J¥ 24.762 billion for financing the project of establishing an integrated smart network at three distribution companies to decrease loss in electric energy, reduce thermal emissions and the rate of carbon dioxide in air, and improve electric network performance efficiency, with a project implementation period of about 60 months.

The consultancy contract was signed with TEPSCO, and the loan agreement came into force as of 10/ 1/2017.

The use of this type of meters has been expanded since 2011 and was generalized in 2014, with about 10 million meters installed up to end of 2019. The proliferation of digital technologies in Egypt’s electricity system comes within the framework of the government’s goal to harness the power of the digital economy and transition to cashless transactions.

A Unified Program for Management of Pre-Paid Meters

A contract was signed with the National Service Projects Organization (NSPO) of the Ministry of Defense for the implementation of a project for preparing a unified program for pre-paid meters’ management.

The objectives of the project are:

In March 2016, a protocol of cooperation was signed between EEHC and the National Defense Council for supporting the security and development of information systems and the establishment of databases in the fields of smart meters and their applications in the interest of confidentiality of information and data at the distribution companies.

In May 2017, a contract was signed for the supply, installation and maintenance of the advanced infrastructure measuring systems on turn-key basis for supplying and operating 250,000 smart meters as a pilot project in the geographical range of six distribution companies (namely North Cairo, South Cairo, Alexandria, Canal, South Delta and Middle Egypt).

The prototype stage has been completed where the total meters installed within range of the distribution companies mentioned above reached 2,000 smart meters, while the preparation for the PILOT stage has already initiated and the manufacturers started manufacturing the meters. Supply of the required equipment is ongoing to commence preparing data centers.

The ministry of electricity adopted a unified digital system in collecting electricity bills, upon the recommendation of the National Council for Payments to digitalize all public services. 415 payment collection centers affiliated to the Egyptian Electricity Holding Company (EEHC) have already been automated. Hence, electricity bill payment will be available through all banking outlets, whether branches or ATMs, and Internet banking.

Egypt has robust electricity transmission and distribution networks. A hundred percent of Egyptians have full access to the electricity services.

The digital transformation is one of the most prominent files put forward by the government with the aim of providing outstanding services in the simplest and cost-effective methods anytime and anywhere to all institutions and citizens.

Egypt electricity sector had made remarkable achievements in upgrading, improvement, and digitalization of the transmission and distribution subsystems recently as have been highlighted in the text.

The presence of pre-paid meters is interesting-- I've never really heard of them. Can you explain a bit more about how they work, Dr. Khashab?

With a prepayment meter, you use a top-up card or key to load more money onto your meter. Just like a pay-as-you-go mobile phone, money is taken from that balance every time you use energy – and if you run out of credit, your power will be temporarily switched off until you top up.

Really interesting-- and you note the goals of this are:

Avoiding problems with some consumers such as estimating the amount of consumption and the high value of some bills, as well as providing security to subscribers where no need for any person to enter their homes.

Is it simply a matter of challenge in knowing who would/wouldn't be able to pay a particular bill so eliminating the chances someone uses more power than they can afford? Do customers appreciate this or do they feel it a burden?

Customers are welcoming prepaid meters. It is mandatory for all new subscribers. Also, for old subscribers who want to increase the contracted power supply, he must apply for a prepaid meter.

It is really valuable information, thank you for sharing.

Thanks a lot for your kindness. Best Regards.