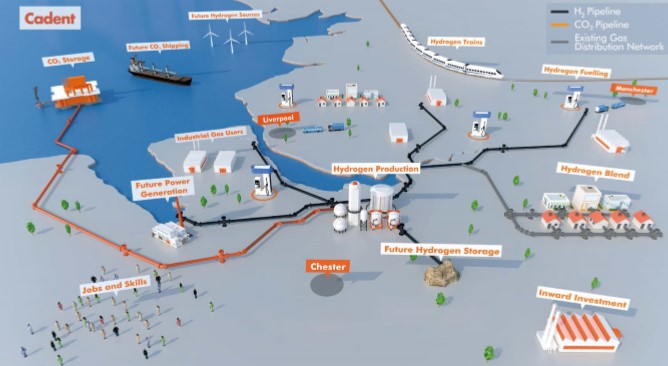 image credit: Hydrogen and the North West of England, Cadent

The Energy Centre at Thornton is rapidly becoming something of a second home  (Hydrogen-from-plastic-waste; Renewable-heat-from-wind-turbines and today I was there to hear about recent developments in hydrogen.

The team at Chester University have worked hard to get this Hydrogen and Carbon Capture and Storage event to the stakeholders. I enjoyed chatting with Reace Edwards and Professor Joe Howe, who have driven the process and who acted as engaging and articulate hosts whose enthusiasm shone through across the entire day.

It was pleasing to see a packed room at the energy centre including some familiar faces from the UK energy and innovation sectors. Having personal involvement in RIIO-ll it was a chance to see the Northwest of England putting pieces of the hydrogen jigsaw together and moving to deliver schemes which are effectively shovel-ready.

Developed by William Murdoch in the early days of the industrial revolution the potential of hydrogen as a fuel was bypassed by cheap coal. Hydrogen can be produced by any number of means including by coal, gas (with a reforming and carbon dioxide producing process requiring capturing) and going forward, by renewable energy.

Roll-out of the hydrogen economy in the region will initially involve carbon capture and storage, but beyond that as the asset base for energy production in the industrial Northwest of England moves offshore it will evolve from the fossil-based ‘Blue’ hydrogen to renewables-generated ‘Green’ hydrogen. (round-four)

Utilities have led the charge in offshore wind - which currently stands at 10GW installed - and are now being joined in the arena by global oil and gas majors. Hydrogen may offer a means to take overspill energy from offshore wind farms as we transition through fossil driven ‘Blue’ production to the renewable ‘Green’. The energy intensive electrolysis process can smooth natural peaks and troughs from a variable wind regime - and enable the offshore industry to go for dispatchable UK baseload electricity supply.

Delegates, ranging from researchers and academics to industrialists involved in delivering schemes, learned that the gas transmission network’s business case emerging from RIIO-II is now complete and hydrogen is integral to the consultation response.  Should Ofgem prove supportive, there is a shared hope that a hydrogen economic opportunity, one with a global resonance, could take off in the region.

This economic opportunity could act as an  enabler for manufacturing  sectors to link together and allow economies of scale, perhaps in clusters  - as in offshore wind - to enable a range of opportunities from those making canisters and buses to a new generation of domestic boilers thus ensuring the UK takes maximal advantage of the opportunity. 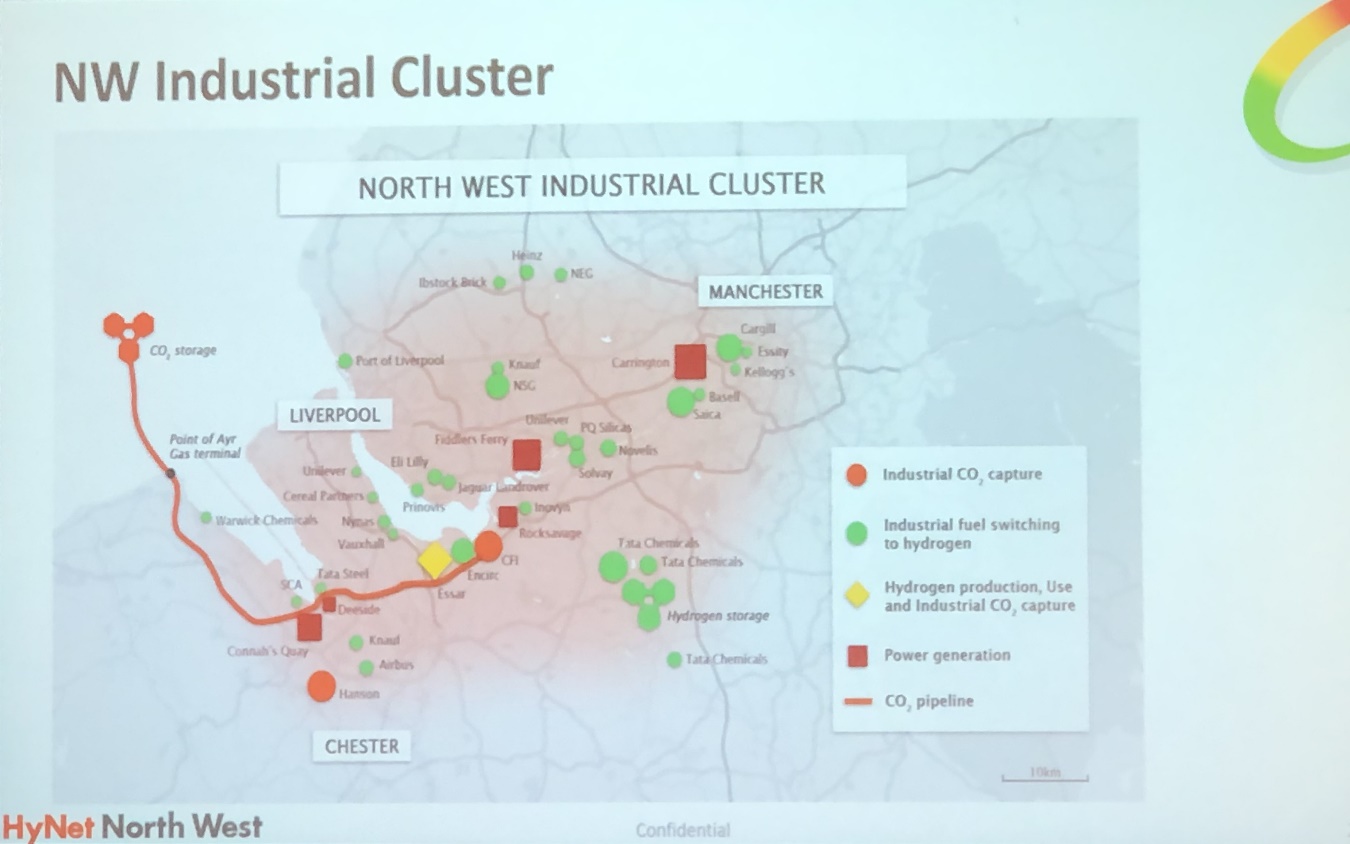 The industry is watching with interest to see whether the Chancellor recognises that hydrogen is perhaps ready for support to enable it to compete with incumbent industries. Other exigencies are currently in the government’s mind, but a strategic vision is also sometimes required.

Findings from the hynet  proposal and the year-old Keele hydeploy demonstrator may lead to the regulations being amended to allow hydrogen to become more widely embedded in the UK gas network.

Today’s workshop highlighted how joined-up thinking can revive the UK’s manufacturing industry which has dropped from 17% to 10% of the economy in the last 20 or so years. The remaining 10% is looking to decarbonize and hydrogen could offer a realistic route to meeting this and the UK’s climate commitments.

We learned that the concept of replacing methane with hydrogen had been well-received by industrialists and that the manufacturing industry is awaiting a reasonable network with which to connect. 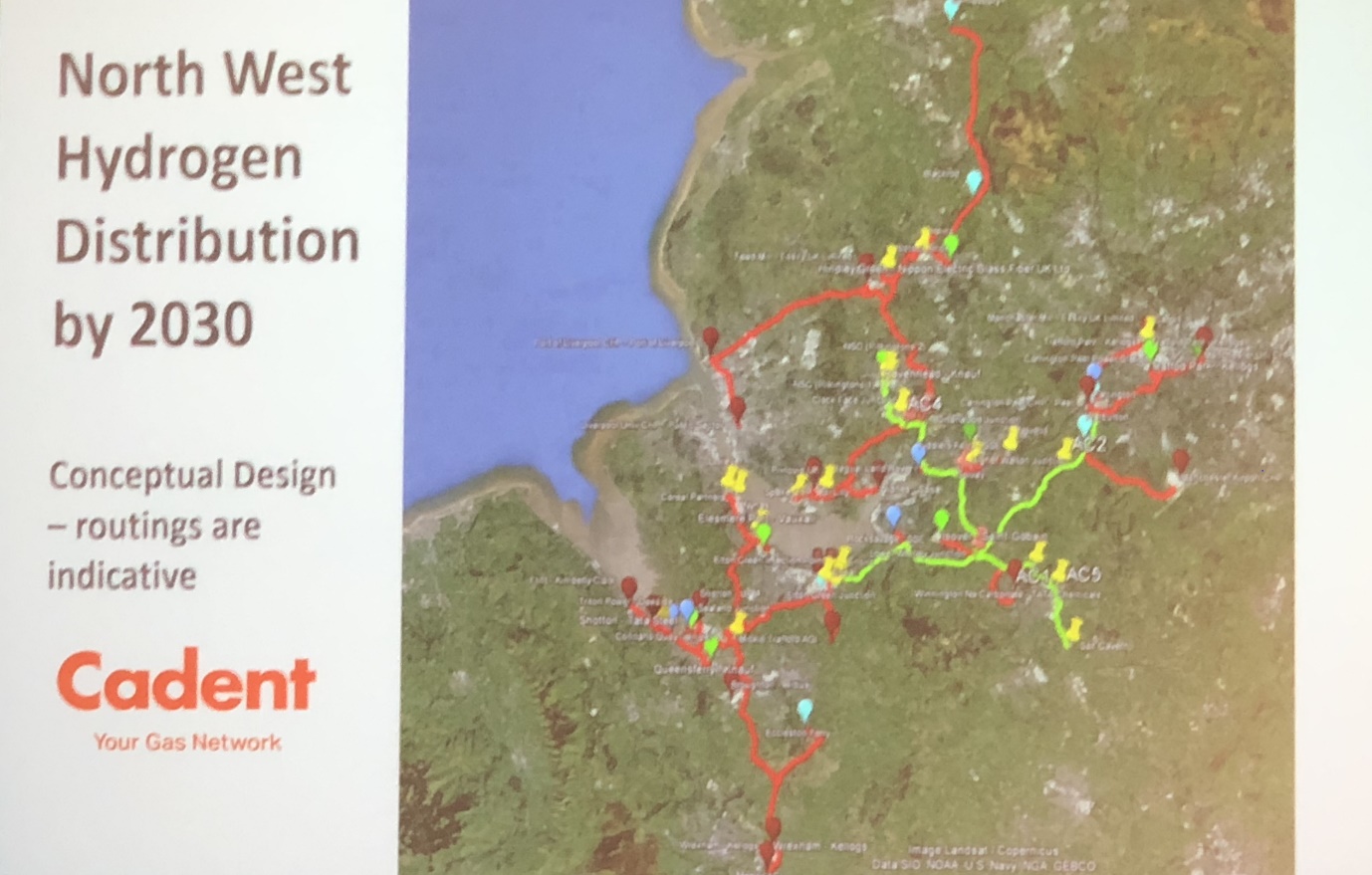 There is a recognition that this process wouldn't be cheap, but as with offshore wind, it's been proven that scaling can sometimes lead to dramatic reductions in costs, enabling a longer-term competitive market to emerge. The industry watches tomorrow's budget with interest and hopes that some wider support, and indeed policy support may emerge to promote this nascent industry. It's an exciting time to be involved in renewable energy, hydrogen and clean tech.

The world-leading facilities at Thornton are enabling the University of Chester to recruit some of the finest talent in the world who are clearly working to address some of the outstanding technical issues that remain for hydrogen production to become more widespread.

The current public transport consultations offer the first route to real commercialisation as we see hydrogen bus stations gain planning permission in the Northwest of England.

Innovation continues apace with hydrogen; the development process will not necessarily be cheap but hopefully scalability will allow prices to fall and for it to become integral to the UK gas network within the next 20 years.

Hydrogen compatible boilers are already in place and industrial-scale hydrogen turbines are likely to be ready within the coming decade - let's hope that's here in the Northwest.

Thornton is rapidly becoming the incubation hub for renewable energy and cleantech for the UK and it's especially pleasing that some of the SMEs, and entrepreneurs based there and with whom I so regularly engage are making substantial progress.

Well done to Chester University for putting on such an excellent event and to the industry for responding in such numbers and with such enthusiasm - I’m continuing to take the messages forwards to those who wish to engage further business-opportunities-for-the-hydrogen-economy. The next step is project delivery in the Northwest, but de-carbonisation is a global process and one which may happen quickly. The first industrial revolution began here two centuries ago – we now have the opportunity to finish the process and make it sustainable through this fourth industrial revolution.

Solving some of our biggest issues in the C&I (Commercial and Industrial) sectors. Buildings use SO much energy, electricity, heat and of course cooling.

Henry commented on ...
Energy vampires! Are data centres really to blame for housing delays in West London and Slough?
Thanks for the post, Wayne.

Matt commented on ...
The KJ Show Episode #28 - Smart Grid Solutions?
Substations are more important than ever amid supply chain shortages and the attacks some utilities have experienced on them by bad actors.
Energy Central Jobs
Featured Jobs
More Jobs