“Is It Time For Small Modular Reactors?” To achieve a world target of zero emissions by 2050, countries and industry alike will have to generate new ideas and utilize new technology. One of these technologies is small modular reactors, or SMR. These scaled-down versions of current nuclear plants which emit zero emissions are built for specific cases that make them more economically feasible.

What is an SMR?

SMRs are small nuclear reactors – both physically in size and their energy output, designed to provide electricity for both on and off-grid applications.

There are several developmental risks for SMRs such as:

This $1.4 billion project for the 2020s, was launched with a special purpose entity named Carbon Free Power Project, LLC, and will demonstrate and deploy a 12-module NuScale power plant, with construction estimated for December 2025 and first power module operating by 2029. Figure 1 shows the projected Idaho facility. The NuScale Power Module will be capable of generating 60 megawatts of electricity. 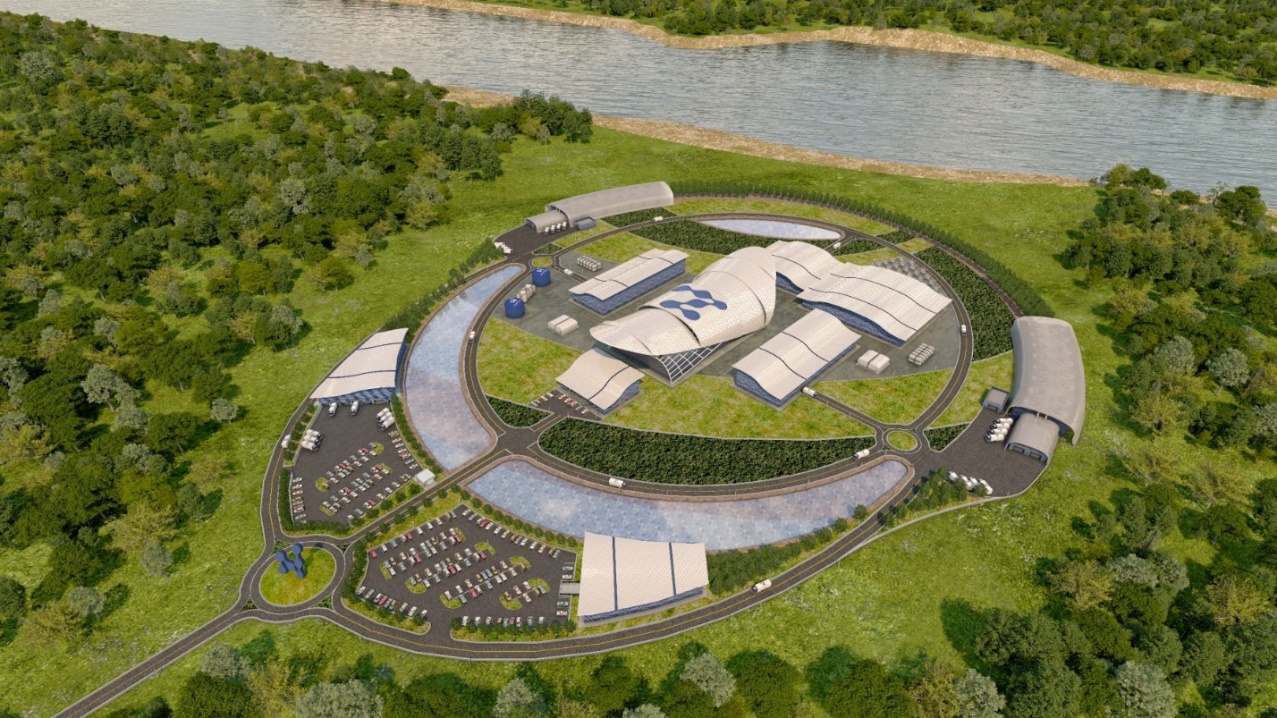 The U.S. Nuclear Regulatory Commission (NRC) has issued a safety evaluation report on NuScale Power’s SMR design, and places NuScale on target to receive a full design certification from the regulator by August 2021. This accomplishment is the result of $400 million in funding by the U.S. DOE since 2014 toward SMR development. Currently, there are about 50 SMR designs and concepts globally.

In the USA major engineering and construction companies have taken active shares in two projects: Fluor in NuScale, and Bechtel in B&W mPower.

Cheap natural gas, especially in the U.S., is the key competitor for SMRs as best estimates are for SMR electricity priced at around $65 per megawatt-hour, which is about 20% higher than the natural gas-fired generation. With increasing pressure for carbon taxes on fossil fuels, the SMR/gas price gap could quickly close.

SMRs have an even tougher competitor in renewable energy sources as their costs trend even lower. However, as the world moves to lower emissions, a source of zero-emissions, baseload energy generation will be sorely needed, as well as energy storage to balance supply and demand.

There is a huge opportunity in the coming decade for major structural changes for zero emissions energy generation. The technologies involved are numerous and very diverse. In the U.S. coal-fired units retired over 2010-12 averaged 97 MW, and those expected to retire over 2015-25 average 145 MW. An alternative must be developed both to supply energy and lower emissions.

In addition to NuScale mentioned above, other companies have partnered with the U.S. DOE. In November 2012 the DOE announced its support of the Babcock & Wilcox (B&W) 180 MW mPower design, to be developed with Bechtel and TVA, however, in 2014 the project was shelved. Other companies working with DOE are: Hyperion (now Gen4 Energy) with a 25 MWe fast reactor, and Holtec with a 160 MWe PWR.

Urenco has called for European development of very small – 4 MWe – 'plug and play' inherently-safe reactors based on graphite-moderated HTR concepts. It is seeking government support for a prototype "U-Battery" which would run for 5-10 years before requiring re-fueling or servicing.

Already operating in a remote corner of Siberia are four small units at the Bilibino co-generation plant. These four 62 MWt (thermal) units are an unusual graphite-moderated boiling water design with water/steam channels through the moderator. They produce steam for district heating and 11 MWe (net) electricity each, remote from any grid. They are the world’s smallest commercial power reactors and have performed well since 1976, much more cheaply than fossil fuel alternatives in the severe climate of this Arctic region, but are due to be retired by 2023.

Also in the small reactor category are the Indian 220 MW pressurized heavy water reactors (PHWRs) based on Canadian technology, and the Chinese 300-325 MW PWR such as built at Qinshan Phase I and at Chashma in Pakistan, and now called CNP-300. 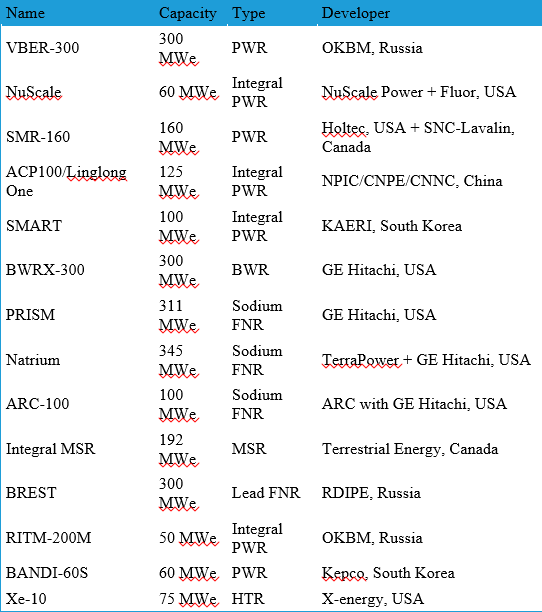 Global industry uses a tremendous amount of energy, and the zero-carbon future will require innovative processes, projects, and technologies including SMR to achieve our planet’s environmental targets.