On the 14th of August, California’s grid operator felt that demand was going to outstrip supply and alerted the utilities that they may be called upon to institute rotating outages. Residential consumers were immediately bombarded with FlexAlerts to voluntarily shed load or risk losing power. It is unclear how many got the message, how many understood it and how many responded to it. At some point, rolling blackouts were triggered. The same draconian exercise was repeated on the 15th.

Californians, worn out by the PSPS events of last October, were now ready to do anything to avoid yet another re-run of this horror show. By the 16th, they had figured out that the best way to avoid blackouts was to shed load. Additional blackouts did not occur. 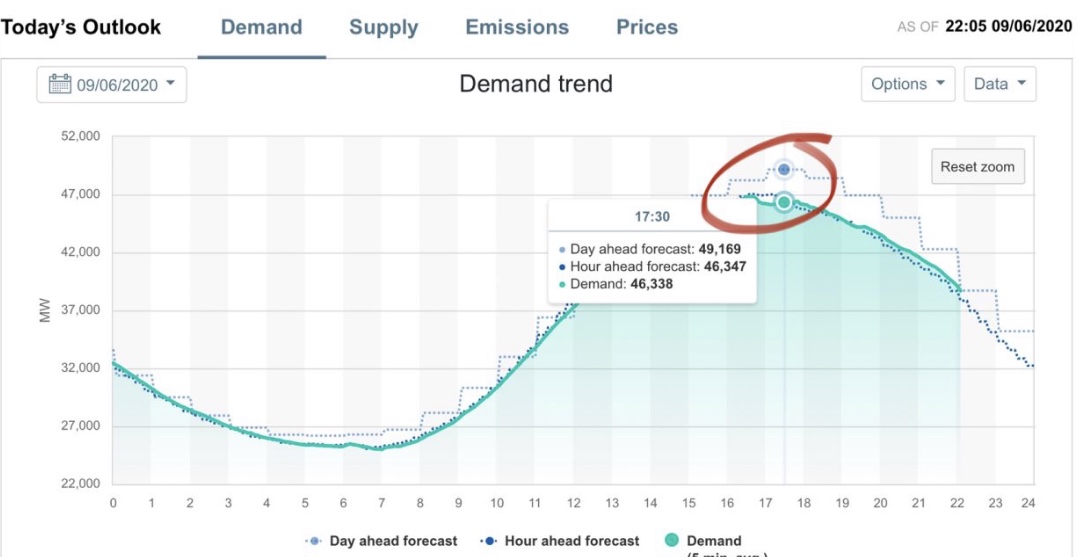 However, since the heat wave is persisting, and the sun is shrouded in smoke from the wildfires, reducing energy production from solar panels, Californians continue to live on edge. There is no option other than to comply with the “voluntary” appeals to avoid an “involuntarily” blackout. Who wants to be without power during an intense heat wave at a time when the pandemic prevents anyone from going to a shopping mall, movie theater or restaurant?

Is this the best California can do? Has nothing changed since the energy crisis of 2001? Indeed, much has changed. There are smart meters everywhere. Customers have digital thermostats, smart phones, smart watches, and smart appliances. Some have installed solar panels on their roofs. Some have paired them with batteries. And some drive electric cars. This is not turn-of-the century California.

In this digital age, isn’t it a big incongruent to ask customers to shed load without providing any incentives to them and hold them hostage by threatening them with a blackout?

Experts from all facets of the industry – ranging from grid operators, utilities, and regulators to academics, researchers, consultants, and private industry -- have opined on the subject. They have proffered the following solutions:

In other words, these experts are telling us that residential customers can’t and won’t respond to dynamic pricing. And even if they do respond, their response is unpredictable, inconsequential and not worthy of our attention.

Is that true? Customers encounter dynamic pricing or some version of time-of-use pricing in several walks of life. E.g., the prices of groceries vary seasonally. The prices of airplane tickets, hotel rooms and rental cars vary dynamically. Movie theaters use time-of-use pricing as do some restaurants. Operas and sporting events use dynamic pricing. So price variation by time is not a foreign subject for consumers.

When faced with these examples, the experts contend that prices do not vary in regulated industries. How about the humble parking meter? It has a time-of-use rate. So do some toll bridges and HOV lanes on freeways. Public transit has time-of-use pricing. In cities like London and Singapore, there is a congestion price for driving in the central district which varies dynamically.

Airlines are a capital intensive industry. They also have significant fuel costs. How do they manage demand and supply? They do it through dynamic pricing. It’s the default setting. Of course, passengers can opt-out of the default and lock in their fare in advance by paying more. Similarly, home owners can lock in a fixed mortgage at a high interest rate or keep their rates low by going with an adjustable rate mortgage.

When happens when a flight is oversold? They offer passengers an option for taking a later flight and a voucher worth hundreds of dollars that can be used on a future flight. If no one takes the offer, they raise the value of the voucher. I never take the voucher but someone always does. Only in one case was a passenger pulled off the plane. And I don’t know of any flight that was cancelled because it was oversold. I do remember being on a flight that was cancelled because it was undersold.

So why not try dynamic pricing in the electricity industry? Set it as the default rate. Let people opt-out if they don’t like it. And if that still does not balance demand and supply dynamically, then offer additional incentives during an emergency.

There are nearly 400 deployments of time-varying pricing of electricity around the globe that have published their results. The evidence is very compelling. It tells us customers respond to price and their response is predictable.

THE ARC OF PRICE RESPONSE 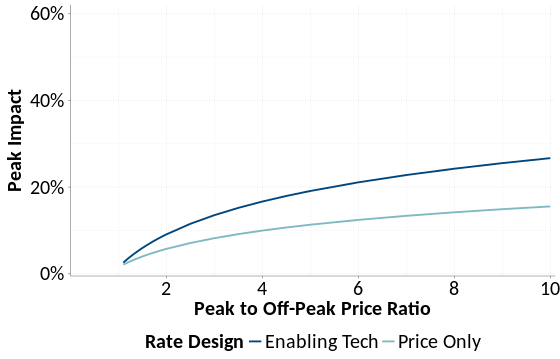 Why not use dynamic pricing to ride through power shortages? Let customers choose whether they want to pay higher prices when shortages are suddenly encountered or choose not to buy the amount of power they would normally have purchased. Either way, they would be better off than having someone just cut off their entire power.

A very good paper, Ahmad. The five points you collected from experts opinions are really the main points, emphasizing the importance of a capacity market. As far as dynamic pricing is concerned for residential customers, the only point that I raise is that, depending on the type of contingency, and its effect on the system , there might not to have adequate time to apply dynamic price on a more pulverized sector as residential. Could you kindly comment on that ?

Great insights, Ahmad. My question-- is there a natural limit though? Both in what price incentive could be offered, and how many customers would take up certain incentives? Certainly this process would be able to alleviate some of the issues, but would there still be rare occasions where the numbers (either of the two I mentioned) simply wouldn't be enough to prevent the emergency blackout?

Very insightful. Thanks for sharing. It will be interesting to see how utilities might be able to communicate this effectively. Fortunately, here in Southern California, SCE is quickly replacing old power line wires (conductor) with modern ACCC Conductors to increase line capacity to enable the delivery of more power over "congested" lines. These conductors also reduce line losses by ~30% which helps deliver more power with existing generation resources. They also sag much less than old ACSR and ACSS conductors which might reduce fires in some cases.

How did I miss this post, Ahmad? Great points. How to get this dynamic pricing in MISO?