As the recent situation on the Texas power grid has shown, long-lasting and extreme bouts of heat are prone to increase power demand from customers to a level that could be difficult for utilities to handle. The increased power usage from air conditioning and the additional strain on the grid make these significant events that must be properly planned for and addressed ahead of time.

While perhaps the utilities of yesterday weren’t readily prepared for this type of strain on the grid, one of the hottest topics in 2019 for utilities comes from distributed energy resources, or DERs. Given the ability for DERs to really take the edge off of the utilities when it comes to overall strain, Carl Nelson of the Center for Energy and Environment has taken them up as key the technological strategy for the energy industry. In fact, at next week’s AESP Summer Conference in Toronto he’ll be sharing his insights on the topic as it relates to the Minnesota grid in his presentation ‘When Summer Serves a Hotdish of Peak Load, DERs Take Action.”  If you’re still trying to decide whether or not to attend the conference, here’s a sneak preview of what Carl will be sharing to convince you of how valuable his talk will be!

Matt Chester: A large portion of the discussion of DERs focuses on how these strategies can be used to manage a growing energy load in a more cost-effective manner than simply building new generation/transmission/etc. How do the actual costs compare? Is it at all reliant on customer behavior and engagement, and if so how?

Carl Nelson: The cost-effectiveness question is critical. Unlike in some parts of the country, Minnesota has relatively low costs for most “wires” projects that are built here – land is fairly cheap, density is on the lower side, construction costs are reasonable. Location is important, and that’s why it’s important to look at these projects from a local standpoint, and that’s why we thought a pilot would be useful. For our pilot, the cost-effectiveness really depends on additional value and benefits beyond just the local distribution system; that is, we need to create a value stack of benefits for it to make economic sense. Thus, we made the decision early on that we would focus on promoting existing energy efficiency and demand-response programs. These provide overall system benefits, like reduction in overall generation and fuel costs, as well as local distribution benefits. So for our pilot, we are building on the existing infrastructure of programs that are already there, and using our scarce resources to increase uptake of these programs.

MC: The use of non-wire DERs has many benefits, but they surely come with their own set of challenges. What are the most significant challenges you’ve successfully overcome to integrate more DERs? What are the notable challenges that are still being worked on?

CN: To some extent, we are a victim of our own success.  Because Minnesota has been running successful utility programs for a long time, we are starting from a pretty high baseline of participation, and most of the low-hanging fruit is gone.

For example, the existing penetration of residential air conditioning on existing load control programs is over 60%. Xcel Energy has just done an amazing job with that program. So, we’re also seeing how we can re-purpose this existing resource to be relevant for distribution-level benefits.

Thus, one thing we are testing out with this pilot is using the existing demand-response resource at the distribution level, which had not been done before. It required the existing control units to be re-programmed into a substation-level grouping, so they could do a control event at the distribution level, instead of for the whole Minnesota system. We’ve already had one test event for this, and we’ll be looking at the data from that to evaluate its impact.

MC: What type of lessons learned have you adapted from other projects that came before you? Are there challenges in such shared learning based on differences in geography or demographics among different utilities?

CN: We did a pretty extensive literature review and outreach to existing projects as part of the pilot planning so that we wouldn’t have to reinvent the wheel, and we incorporated those learnings into our pilot design. One thing we learned is that from the customer standpoint, it is not helpful to go into the “why” of the project. You have to keep the marketing simple. Also, we found that is pretty common that load growth does not always materialize as projected. Because a lot of the non-wire alternative projects (including ours) derive their value from deferring an investment for a number of years, rather than totally eliminating the need for investment, which can be a significant additional value of NWA projects. If you find that you can push an infrastructure investment a few years into the future, it could be that during that time load growth slows and ultimately the investment is not needed. Instead of providing value just based on the net present value of deferring an investment a year or two, you’ve just avoided having to do the investment at all. 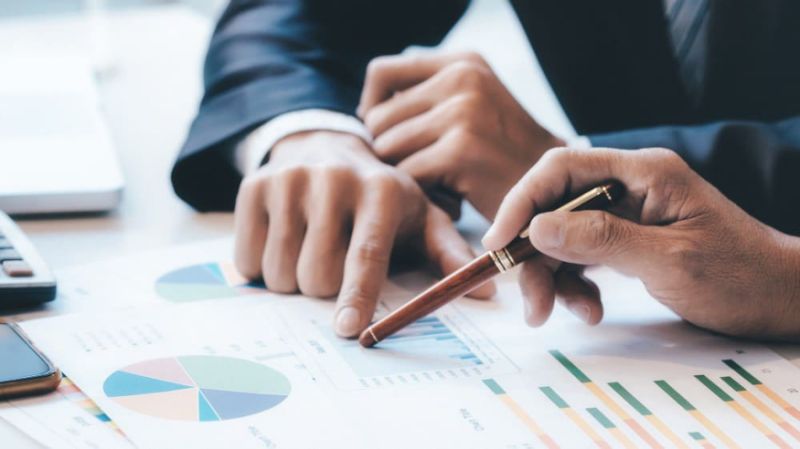 MC: I would imagine that the customer appetite for having these type of local energy projects is high, especially if they can save them money in the end. Are there any downsides that they end up having to deal with as customers? Are there subsets of customers that end up paying more because of demand response integration?

CN: There aren’t really any downsides that we’ve run across. The really beautiful thing about the non-wires alternatives projects, from the affected customer standpoint, is that the dollars that would have gone towards constructing new infrastructure instead go directly to those customers, and their overall energy use goes down. We expected that there might be more pushback from customers outside of the targeted area that are asking “why can’t we get access to this program?” But we haven’t run into that, in part because we decided early on that we would focus on community boundaries for the marketing, rather than the technical boundaries of the substation. People are more used to different cities having different programs, and we actively worked with the local governments in the affected areas to have them be a part of this effort and avoid this problem.

MC: You’ve used geotargeting strategies and analysis of existing utility data to find the most cost effective ways to identify where DERs like efficiency and demand response will succeed—can you mention a bit about how you were successfully able to do this for Xcel using a tight budget?

CN: We used utility usage data to target residential customers that likely had AC, as that is the load we are trying to target. We also had historical program participation data, so we could focus on customers that had not yet signed up for the programs that we were targeting. We also used satellite images to target commercial properties with high cooling loads, as indicated by the size and number of RTUs on their rooftops. This is all pretty straightforward stuff.

MC: These strategies you’ve implemented in Minnesota with Xcel are part of a first-of-its-kind pilot in the state of Minnesota. After the success of the pilot, what’s the next step for you and Xcel?

CN: Right now, this is not integrated into the policy framework. Besides funding from Xcel Energy, the project is also funded by the Environment and Natural Resources Trust Fund as recommended by the Legislative- Citizen Commission on Minnesota Resources. So, our scope is not just looking at technical feasibly, but also the policy questions as well. We’re looking at if that might be beneficial, and what that might look like. Currently, Xcel earns a rate of return the infrastructure they build, so while they have sponsored this pilot, we recognize that to scale this up, there needs to be a business case for the utility.

MC: Aside from presenting at the AESP Summer Conference, are there any particular topics or speakers you’re eager to listen in on as an attendee? What do you see as the most exciting topics you want to learn more about?

CN: This is my first conference in Canada, so I’m really interested in hearing what is going on in the rest of North America. Minnesota is really more like Canada than most of the rest of the United States, so I’m eager to see how we can learn more from each other.

If you're interested in learning more about how DERs can enable utilities to prepare for peak demand season, be sure to check out Carl's presentation this topic at AESP’s Summer Conference (in Toronto from August 27 to 29). You can learn more about the agenda and register for the conference here.

Energy Central Power Perspectives™: Getting to Know Michael Ahern, Expert in the HR and Recruitment Community

Energy Central Power Perspectives™: Efficiency for All, an Interview with Kristol Simms of Ameren Illinois

Energy Central Power Perspectives™: The Journey from Conventional SCADA/DMS/OMS to ADMS in the Smart Grid Era, an Interview with Mohamed Abdelghany of Dubai Electricity and Water Authority Energy Central Power Perspectives: Getting to Know Your Expert Interview Series: Rich Philip and Jenny Roehm, Members of the PLMA Board of Directors—Part 2 of 2

Energy Central Power Perspectives: Getting to Know Your Expert Interview Series: Rich Philip and Jenny Roehm, Members of the PLMA Board of Directors—Part 1 of 2

Energy Central Power Perspectives™: Utilities & Preparing for the Electrification of Transportation, an Exclusive Interview with Lincoln Wood of Southern Company

Energy Central Power Perspectives™: Getting to Know Richard Brooks, Your Expert in the Load Management Community

Energy Central Power Perspectives™: GIS and Its Role in the Solar Evolution, an Exclusive Interview with Curran McBride of Penn State

Women in Power: A Chat with CPS Energy’s Customer-centric Ladies-in-chief Spreading the Energy Efficiency Message To Rural Customers: A Conversation With Focus on Energy

Why Did SEPA Launch Renovate To Tackle State Regulation? A Conversation With Julia Hamm, SEPA CEO

Energy Central Power Perspectives™: Surveying the Market for Solar PV in Africa, An Interview with Thomas Hillig of THEnergy

Energy Central Power Perspectives™: Selling Energy Efficiency to Customers Who ‘Don’t Give a Hoot,’ An Interview with Lloyd Kass of Lime Energy on Targeting Small Businesses with a Guaranteed Savings Offer

Energy Central Power Perspectives™: Energy Efficiency Deserts- Mapping Out the Equity Story in Your Community, An Interview with Lisa Obear of ILLUME