The utility industry is at a pivot point as the need to increase efficiency and decarbonize is more important than ever, innovative technologies and solutions are being plugged into the grid every day, and utilities and wholesale market operators adapt to the ever-changing landscape of the energy industry. Amid all these changes and new innovations, thought-leaders are looking to get a head start on planning for these needs. One crucial area of study has been in embedded microgrids, which can operate both on the grid as well as islanded away from the grid.

This emerging technology has been an area of study that Arnold McKinley, Teaching Fellow at University College London, has been examining from afar. As he seeks to learn more and share his findings, Arnold looks to share his presentation "Embedded Microgrids -- examining the requirements for local electricity generators and loads to operate as microgrids both connected to and independently of the traditional grid" later this year at DER SmartGrid Integration 2019.

But if you can't wait until that conference to learn more, Arnold was kind enough to spend some time sharing his insights with Energy Central, even bringing along Travis Kauschke of South Australia Power Networks to chime in with his answers from someone working directly in the industry, balancing out Arnold's more academic approach.

Note: This dynamic one-two punch of a team provided such great and thorough insights that it warranted being split into two full-length articles. Please be on the lookout for Part II of this interview tomorrow.

Matt Chester: Your presentation is going to focus on the changing landscape of the grid system and the downstream adjustments that will bring about for energy providers, customers, third parties, and other stakeholders. Can you start by giving an overview as to what is causing this changing landscape?

Arnold McKinley: Yes, there are several factors that are forcing changes in the power grid. The big one is the rather rapid drop in prices for residential and commercial solar systems. That started when the cost of silicon solar cells themselves suddenly dropped somewhat after 2005. Before that, solar cells were being made with the same high-quality silicon and processes needed for use in outer space, but that's not what was needed down here. The drop caused the Chinese and the other southeast Asian entrepreneurs to invest in huge robotic factories that now put out very efficient and highly-standardized photovoltaic solar panels. That, almost by itself, caused the shutdown of factories in Europe and the U.S. The industry has moved toward southeast Asia. China itself has also probably become the biggest market in solar PV, so it makes sense for them to supply the industry, particularly with their increasingly technical know-how and inexpensive labor market.

Another big factor is the huge inefficiencies that cheap solar introduces into the technical system. Does it make any sense to heat water to super-saturated 550 degrees Celsius steam temperatures to turn a turbine that makes 132 kilovolt power, which is then shipped tens of kilometers to a distribution center where it is transformed to 12 kilovolts, shipped another kilometer or so to be transferred to 240 volts so that when you get up in the morning you can boil water at 100 degrees for your morning tea? Not likely. Particularly when you can get 100-degree water from the power in the solar panels on top of your house. You don't have to pay for the power plant fuel, the grid infrastructure, the profit margins, or any of the other stuff, not even counting the carbon emissions. The solar fuel is free and the system requires only some basic capital costs. After that's paid off, the household system continues to work for 25 years.

Perhaps then you can see the impact to the current business model this is having and will continue having if solar remains inexpensive. People will tend to leave the grid where they can when the price drops low enough to justify the capital cost. This will be true for residential buildings and for commercial enterprises. The U.S. Embassy in London, for example, prides itself on being able to go completely off the grid using renewables for an extended period of time.  If they can do it, certainly there are other commercial enterprises in London that could do it if designed that way from the bottom up. 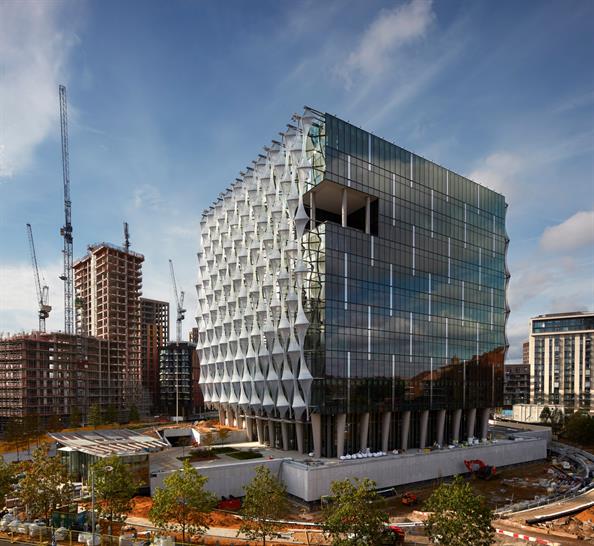 Travis Kauschke: Additionally, Australia is definitely experiencing the emergence and widespread adoption of low-cost alternatives to traditional generation, primarily in the form of wind and solar PV. There's also been growing importance of decarbonization and related energy policies. In South Australia specifically, there's been an exit of coal-fired generation while Australia gas prices increase. There's also been the emergence of new private energy companies competing in an industry which has not previously had competition.

MC: The electric grid is a system that's seemingly been consistent and institutionalized for years, meaning these types of changes will be more transformative than any in history for the industry. Are there any other examples of more minor changes that have had to be implemented in the past that can perhaps give a hint towards what the process of utilities adjusting will be like-- will the industry go willingly? Will it be a struggle?

AK: Everyone is pretty well aware of what happens when a rather stable institutionalized business is suddenly forced to change. As the Harvard Business Review put it (in "The Five Stages of Disruption Denial"), disruption is a fact of economic life; nothing stays the same and the power industry is now coming to grips with the inevitable. When one holds the power and the cards, as the oil and coal industries have for so long, it is easy to find their influence on public policy. Eastern Europe, Spain, and Australia have all put a strong hold on small-scale solar incentives. The feed-in tariffs, where homeowners were paid for the extra power they could produce, have all but disappeared in most countries. Australia reduced grants for solar research to universities. The oil industry in the U.S. has kept the price of natural gas for central generators low enough to stave off localized solar developments in a number of regions.

TK: A couple changes spring to mind-- many electricity utilities in Australia have gone through privatization, and a single national energy market operator, AEMO, was established in 2009. Both triggered substantial operational change across the industry. A key difference, however, is these changes were mandated rather than being triggered by external markets or customers. From my experience, utilities are becoming much more accepting of change, but it's inherently hard and slow to change direction of large essential service organizations. Hopefully customers won't be the losers in the transition.

MC: Some of your presentation, Arnold, will discuss the 'Death Spiral' of the utility grid system. What exactly is the death spiral? And is that a process that you see as likely to play out or is it just a warning of what might happen if we don't start planning?

AK: The Utility Death Spiral was a term coined about 8 to 10 years ago, when people first envisioned what the dropping price of solar PV systems might do to the business model. As a larger and larger portion of the customer base goes off grid, the rates increase to pay for the continued maintenance of the infrastructure, the business itself, and the profit margins. That increases the chances of more customers buying solar and leaving the grid. Only the poor remain on the grid and this leads, of course, to a poorly financed operation and therefore death.

I see it as part of denial, as if there were no other strategy the utilities can pursue except the one they know and have worked for so long. That's never the case in business, except for those who refuse to change; the industry can and will adjust in such a way that it will not die. It may be true that the future doesn't hold the kind of profits they once enjoyed, but really the mandate given to industry by the government is to provide power for anyone asking for it, and in a capitalist culture, do it in a way that makes a profit. The goal is not to operate a highly inefficient system so people can have tea in the morning with breakfast.

Australia is a very good place to see that effect occurring now. Solar PV systems are growing somewhere between 17% and 20% per year there, first because Australia has so much sun, but secondly because they have some of the highest prices for power in the world. Queensland is wide open, sunny country and people are leaving the grid in droves because they can. They have been called 'solar guerillas.'

TK: I think an important distinction to make is that while a customer who adopts PV will likely source less energy from the grid, they end up exporting much more energy back into the grid. There's also a significant financial gap between becoming less grid reliant by adopting PV to moving off grid entirely. A key insight of the solar battery trials I've been involved with has been that the grid becomes fundamental to extracting as much value from the investment in distributed resources through exports or participation in a Virtual Power Plant. I think the key insight here is that the least-cost optimal solution actually incorporates a mix of both distributed generation and network assets. Part II of interview to be published in this space tomorrow...

Interviewer's Note: Arnold will be discussing these issues and more during his presentation at DER-SmartGrid Integration 2019 Conference. Keep an eye out on Energy Central and on the website for DER-SmartGrid Integration 2019 for upcoming conference date and other details. As mentioned, this presentation is titled "Embedded Microgrids-- examining the requirements for local electricity generators and loads to operate as microgrids both connected to independently of the traditional grid."