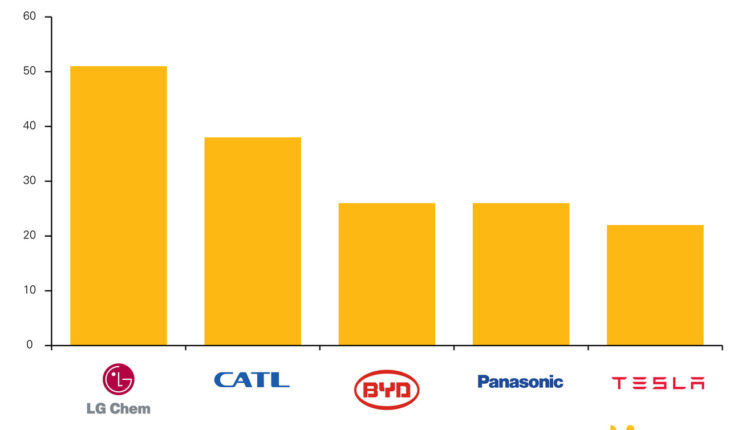 As of Dec 2019, the number of lithium ion battery megafactories in the pipeline has reached 115 plants. The world’s leading EV and battery manufacturer added a huge 564GWh of pipeline capacity in 2019 to a global total of 2068.3GWh or the equivalent of 40 million EVs by 2028.

In Jan 2019, Benchmark Minerals’ saw a Lithium-ion Battery Megafactory pipeline of 68 plants with a total capacity of 1.45TWh by 2028.

Digitimes forecasts that Contemporary Amperex Technology Limited (CATL) will have 137 GWh of battery production capacity in 2022.

Lithium-ion battery maker Contemporary Amperex Technology Co. Limited (CATL) is building a 14 GWh battery factory in Germany and it should be completed in 2022.

Panasonic is making about 35 GWh of batteries and will ramp up to 54 GWh of production.