When all else fails, reduce, reuse and recycle. 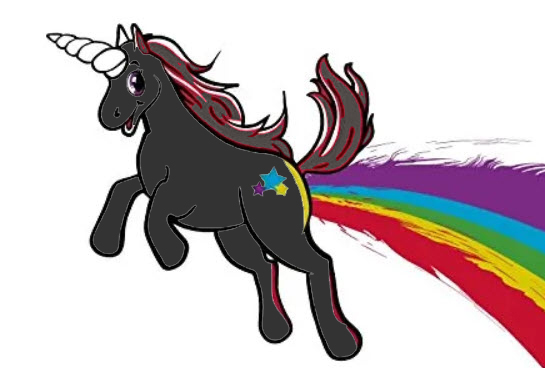 Wim Carton, Lund University Centre for Sustainability Studies, published the chapter, Carbon unicorns and fossil futures. Whose emission reduction pathways is the IPCC performing? as part of the book Has it Come to This? The Promises and Perils of Geoengineering on the Brink, edited by Sapinski, Buck and Malm, in which he said, “If one is to believe recent IPCC reports, then gone are the days when the world could resolve the climate crisis merely by reducing emissions. Avoiding global warming in excess of 2°C/1.5°C now also involves a rather more interventionist enterprise: to remove vast amounts of carbon dioxide from the atmosphere amounts that only increase the longer emissions refuse to fall. The basic problem with this idea is that the technologies supposed to deliver these “negative emissions” currently do not exist at any meaningful scale. Given the large uncertainties surrounding their feasibility, their expected effects on land use change, food security and biodiversity, and their scalability, it moreover seems improbable that they ever will. Indeed, there appears to be something of an unspoken consensus among scientists that the mitigation scenarios represented in the IPCC increasingly mirror science fiction-writing. The European Academies Science Advisory Council, for example, in a recent assessment concluded that negative emission technologies (NETs) have “limited realistic potential” to help mitigate climate change on the scale that many scenarios assume will be needed. One expert summarized the scepticism well when she recently characterized such technologies as “carbon unicorns” underscoring the widening gap between the level of mitigation that is needed, and the apparent infeasibility of the pathways that are supposed to take us there.”

According to Webster, wrongness is the quality or state of being unsuitable or unfitting.

Carbon unicorns are unfit for avoiding in excess of 2°C/1.5°C. As are the machinations of fossil fuel producers who claim we can produce their products for the next 30 years or the Gen IV nuclear proponents that offer process heat from their reactors for manufacturing steel, cement, chemicals, the production of hydrogen, and seawater desalination.

Since 1963, the testing of nuclear weapons in outer space, underwater or in the atmosphere was banned by the Limited Nuclear Test Ban Treaty, yet we have added the equivalent of 5 billion Hiroshima bombs worth of energy to the ocean over the same period.

SkepticalScience  has produced the following widget that shows the oceans, land, atmosphere and melting ice, have contributed close to 5 billion Hiroshima bombs worth of heat since 1970. Ninety-three percent of which have gone into the ocean.

The world’s nine nuclear weapon states built about 70,300 nuclear warheads between 1940 and 2010 in accordance with the military strategy and national security doctrine of mutually assured destruction. Whereby a full-scale use of nuclear weapons by two or more opposing sides would cause the complete annihilation of both the attacker and the defender.

After reaching a record high of 70,300 weapons in 1986, there has been a drawdown to approximately 3,750 active nuclear warheads and 13,890 total warheads. Which is 1/1,333,333th of the number of Hiroshima’s we have added to the ocean since 1970. All of which can completely annihilate us, if we don't come up with an effective strategy for dealing with this heat.

To live up to the spirit of the test ban treaty and to save mankind, we need to develop an Environmental Industrial Complex anchored by Thermodynamic Geoengineering, which is the solution to 93 percent of the problem of global warming.

It is the use, reuse and recycling of the enormous reserve of heat accumulating in the oceans that will ultimately come back to bite us if we don’t deal with it properly.

It is energy that can be used to produce steel, cement, chemicals, the production of hydrogen, and seawater desalinization, while providing hope for society on the brink.

Instead of the science fiction of the IPCC, we need to rely of the laws of thermodynamics to resolve the climate crisis.