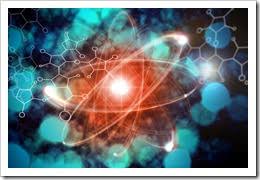 The Natrium system features a 345MWe reactor and can be optimized for specific markets. For instance, its innovative thermal storage has the potential to boost the system’s output to 500MWe of power for more than five and a half hours when needed. This allows for a nuclear design that follows daily electric load changes and helps customers capitalize on peaking opportunities driven by renewable energy fluctuations.

Investors Are Coming Onboard

TerraPower’s President and Chief Executive Chris Levesque told Reuters TerraPower LLC, and its partner GE Hitachi Nuclear Energy, the companies are seeking additional funding from private partners and the U.S. Energy Department, and that the project has the support of PacifiCorp, owned by billionaire Warren Buffett’s Berkshire Hathaway, along with Energy Northwest and Duke Energy.

If successful, the plan is to build the plants in the United States and abroad, Levesque said. The 345MW plants would be cooled by liquid sodium is estimated to cost about $1 billion each. Levesque told the Bloomberg wire service [firewall] that the two firms plan to build the first-of-a-kind unit by 2028.

By 2050 “we would see hundreds of these reactors around the world, solving multiple different energy needs,” Levesque said.

What the Two Firms Bring to the Table

In terms of what the two firms bring to the table, TerraPower is working on a molten chloride salt reactor with a consortium of firms. GE-Hitachi has designed the PRISM sodium cooled fast reactor based on the legacy work done with EBR-II and the Integral Fast Reactor. It has applied for a license for the reactor with the NRC.

The joint effort claims that Natrium technology’s novel architecture simplifies previous reactor types especially for the non-nuclear mechanical, electrical and other equipment. This infrastructure will be housed separately reducing complexity and cost.

The design is intended to permit significant cost savings by allowing major portions of the plant to be built to industrial standards. Improvements use fewer equipment interfaces and reduce the amount of nuclear-grade concrete by 80% compared to large reactors.

The breadth and depth of the team’s expertise and resources reflect years of work on multiple reactor designs and efforts across the nuclear lifecycle. The Natrium system demonstrates the benefits of modern virtual design and construction tools and has attracted the attention of numerous utilities through the U.S. Department of Energy’s Advanced Reactor Demonstration Program.

The effort is part of the work by Bill Gates as an investor to help fight climate change, and is targeted at helping utilities slash their emissions of planet-warming gases without undermining grid reliability. Natrium reactors are designed to provide firm, flexible power that seamlessly integrates into power grids with high penetrations of renewables.

Bill Gates, chairman of TerraPower’s board, said in a statement to Reuters that Natrium innovation was “extremely difficult” but its team had “the expertise, commercial experience, and the resources necessary” to develop viable reactors.

TerraPower started out working on its Traveling Wave fast reactor, in partnership with a Chinese state owned nuclear firm. TerraPower was forced to abandon the Chinese partnership when the Trump administration restricted nuclear deals with China.

Both firms are also currently in a partnership to negotiate a contract with the Idaho National Laboratory to design and build the Versatile Test Reactor and to have it operational by the end of this decade. It would also be based on the GE-Hitachi PRISM design.