Stop me if you’ve heard this before: Fossil fuel funded efforts are underway to undermine or end renewable portfolio standards (RPS) across the United States.

In 2014, as in past years, these efforts largely failed. While 14 RPS-related bills became law across 12 states, only Ohio enacted legislation to roll back its long-term clean energy targets.

But will 2015 turn out to be different? Even in states where clean energy is an economic engine, legislators have introduced bills to scale back renewable energy targets, and the first outright RPS repeal has been signed into law.

The RPS (also known as a renewable energy standard) is one of America’s most effective policy tools to expand renewable energy through long-term policy certainty. And until recently, they’ve been pretty resilient against attack.

The conservative American Legislative Exchange Council (ALEC) has been behind RPS repeal efforts in recent years, releasing model legislation in late 2012 amid a concerted push to slow renewables’ advance, but recording zero wins in 2013.

That losing streak extended into 2014 in states like Kansas, North Carolina, Texas, and Wisconsin. Out of 430 “advanced energy” bills passed into law, only 14 related to state RPS measures, and 12 of them either increased or modified targets.

Ohio was the one outlier, and a possible harbinger for 2015. The state’s RPS was enacted on a bipartisan basis in 2008, targeting 12.5 percent renewable electricity by 2025 (along with a 22 percent energy use reduction through efficiency programs) with incremental targets for each year. Unfortunately, policymakers froze the state’s RPS at 2014 levels for 2015 and 2016, and eliminated in-state renewable energy requirements despite a thriving clean energy economy and RPS support from major employers.

Perhaps emboldened by the Ohio repeal, anti-RPS efforts have begun anew in 2015. Recent analysis from the Center for American Progress identified legislation introduced during January and February to roll back renewable targets in Colorado, Connecticut, New Hampshire, South Dakota, and West Virginia.

RPS-repeal efforts have been tabled in Colorado’s state senate, but the fate of clean energy targets in states like New Hampshire are still being debated, and we know how West Virginia turned out. In February, Governor Earl Ray Tomblin signed a bill repealing the state’s 25 percent by 2025 alternative energy targets, saying “economic drivers and factors change over time, and the Act as it was passed in 2009 is no longer beneficial for our state.” Makes total sense, unless you consider 200 U.S. coal mines closed while the coal industry lost 75 percent of its overall value in the past five years.

Rolling back renewables isn’t surprising in a state so closely connected to coal as West Virginia or a conservative-leaning state like Ohio, but what about in America’s unquestioned wind energy leader?

Clearly Texas’ RPS worked – it reached 10GW in early 2010, now has roughly 13GW total renewables capacity, and has gotten up to 25 percent its total electricity from wind…exactly why opponents say the RPS should now end. A state senator who once championed expanding Texas wind targets is now pushing to end the RPS and undo the $7 billion CREZ transmission program connecting West Texas wind to East Texas cities. “Mission accomplished,” said Senator Troy Fraser. “We set out to incentivize and get wind started in Texas, and we far surpassed that goal.”

But it’s not that simple. Fraser’s bill would not only end the RPS, but would also disrupt the state’s renewable energy credit market, devaluing existing projects and reducing payments to landowners who host wind turbines. Imagine the uproar if utilities who built generation assets assuming a certain return from ratepayers were suddenly told the financial equation making their project economical was changing years after it was built?

By any scientific measure, we’re past the point where we can debate decarbonizing our power sector. 14 of the 15 hottest years have occurred since 2000 and extreme weather is hammering every state. Nations across the globe are working to limit emissions by investing in renewables, meaning America also risks losing our share of the growing global clean energy market.

"Renewable energy standards not only lead to investment and job creation, but are helping reduce climate emissions,” said Elsner. “There’s no sense in weakening policies that help affordable clean energy play a critical role in eliminating dangerous greenhouse gases – it’s a win-win for the economy and the climate.”

So let’s call the anti-RPS measures what they are – fossil fuel funded attacks on clean energy expansion – and debate renewable energy’s value on the ability to grow a clean economy while protecting our future as a society, not on the potential threat to dirty energy interests.

Utilities are under pressure to decarbonize, modernize and adopt new policy. How are new laws, recent studies and weather conditions impacting utility investments? How can we encourage policy that supports utilities and lowers risk for investors?

Senate gets its turn to override Sununu vetoes

New Hampshire's Republican Gov. Chris Sununu got the last word yesterday as lawmakers began trying to override his vetoes on more than 50 bills.Democrats control both chambers of the Legislature, but they need Republican support to reach the.. 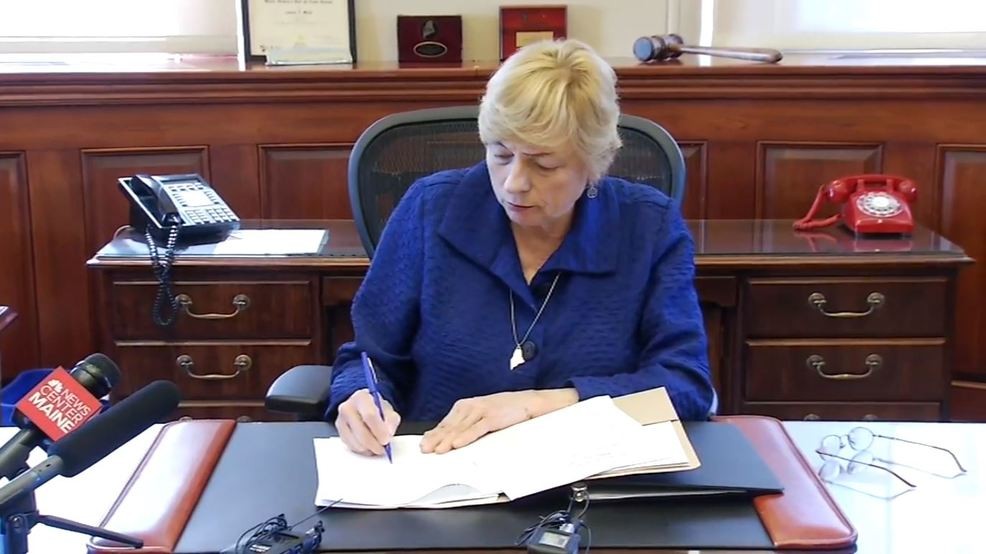 Amid Ohio's Depressing Step Backwards on Energy Efficiency, A Necessary Highlight of States Moving in the Right Direction

One of the biggest stories of this past week was the energy bill passed through Ohio state legislature.

Senate gets its turn to override Sununu vetoes

Amid Ohio's Depressing Step Backwards on Energy Efficiency, A Necessary Highlight of States Moving in the Right Direction