President Biden has a rare opportunity to act on climate with maximum political capital from the 2020 election, bipartisan support for a clean energy recovery from the COVID-induced economic crisis, and the imperative of meeting his announced goal of halving the United States’ greenhouse gas emissions by 2030. The upside of acting now is massive - $1.5 trillion in investment across every corner of the country.

A CES requires utilities to gradually reduce the carbon intensity of their power generation portfolios by adding zero-carbon resources like wind and solar. Clean or renewable electricity standards are already law in 30 states and have effectively driven low-cost power sector decarbonization, while stimulating local investment. 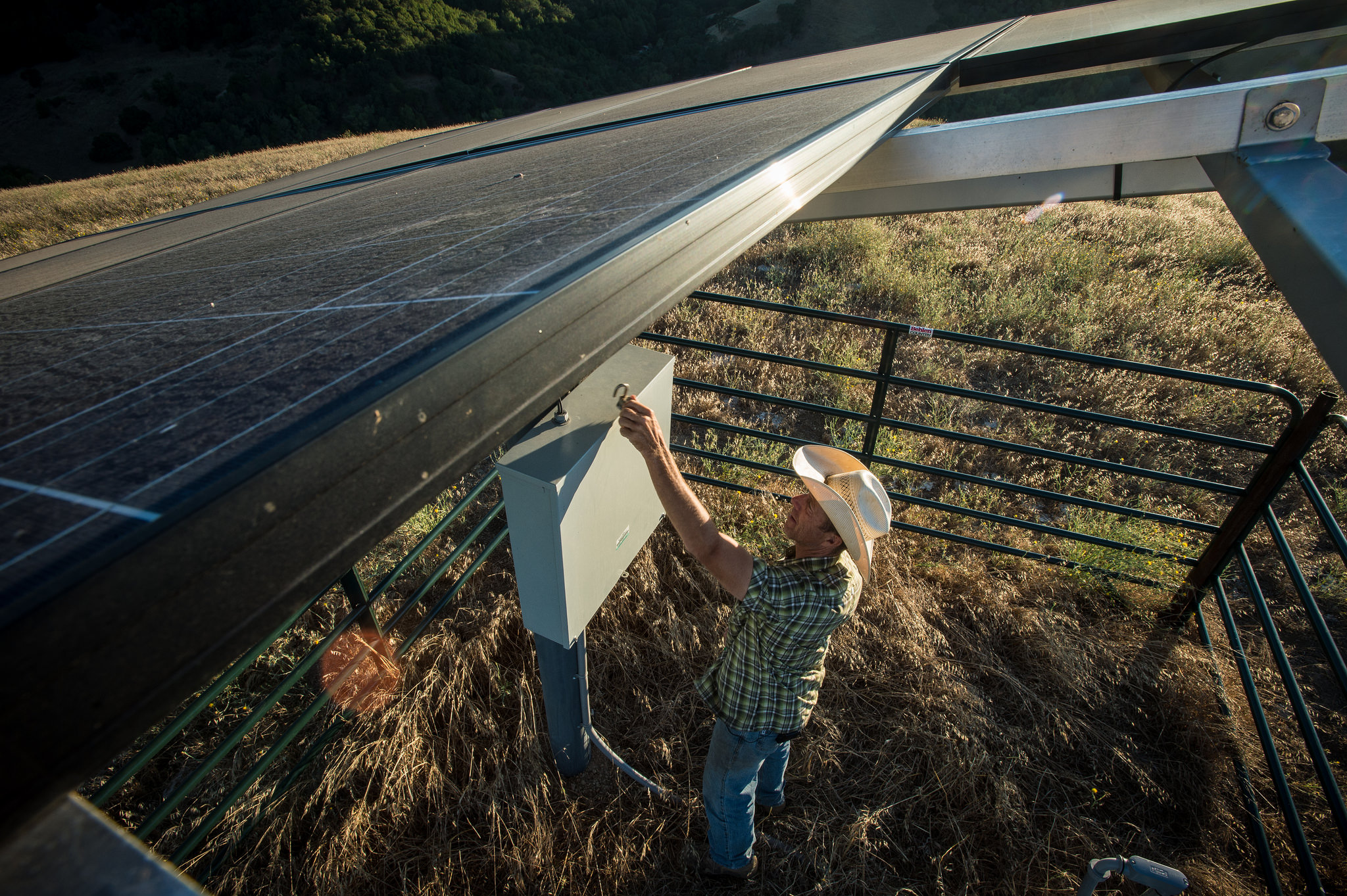 It also delivers substantial benefits across the U.S., including more than $1.5 trillion in capital investments by 2030 and more than $1.7 trillion in avoided health and environmental costs – including 93,000 avoided premature deaths – by 2050.

Because cheap renewable energy is now available everywhere, hundreds of thousands of new net jobs created annually by a CES would accrue across the country, not just in areas with high wind speeds like the Great Plains or high solar irradiance like the Southwest.

An ambitious interim clean electricity target, supported by the White House and major U.S. utilities, would provide near-term business certainty to shift today’s power generation decisions and spur innovation to help achieve a fully clean system by 2035. An 80% by 2030 CES also falls within the 10-year federal budget window and could pass with only 50 votes in the Senate (with Vice President Harris serving as the tiebreaker if needed), allowing it to be a centerpiece of Biden’s infrastructure package.

In 2010, solar energy had a negligible U.S. presence, and its unsubsidized levelized cost of energy (LCOE) was more than 30 cents per kilowatt-hour (kWh) – for context, the energy component of consumers’ electricity bills was approximately 5.9 cents/kWh in 2010. In the decade since, utility-scale solar generating capacity ballooned to 60 gigawatts (GW) – more than 5% of installed U.S. power generating capacity – and utility-scale solar LCOE has nose-dived to an average of 3.0 cents/kWh, making it the cheapest source of power in many U.S. regions.

A similar story has played out with onshore wind energy, and offshore wind energy and battery storage systems are following their more mature counterparts’ paths. While the first U.S. offshore wind project required a contract of 24 cents/kWh in 2016, new U.S. offshore wind projects are viable with contracts less than 6 cents/kWh. This cost decline has empowered the Biden administration to target 30 GW of offshore wind by 2030 – which could support 83,000 jobs and add $25 billion in annual economic activity. Meanwhile, the average cost of U.S. utility-scale battery storage systems fell more than 70% from 2015 to 2018.

Industry forecasts have consistently underestimated clean energy technology growth and cost decline rates. The U.S. Energy Information Administration forecast in 2018 that 73 GW of cumulative grid-connected solar capacity (excluding residential rooftop solar) would be online by 2025; this number was surpassed early in 2020. The National Renewable Energy Laboratory (NREL) forecast in 2015 that capital expenditures for utility-scale solar projects would fall below $1,100/kWDC by 2030; however, solar costs reached that mark more than a decade ahead of expectations.

Further, Lawrence Berkeley National Laboratory (LBNL) recently reported that the LCOE of onshore and offshore wind fell by 28-36% and 28-49% from 2014 to 2019, respectively. Yet, the median forecast from a 2015 LBNL survey of wind experts anticipated mere 10% declines for both technologies, and expert cost trajectories are now 50% lower than predictions made in 2015.

This is not a new phenomenon. Regularly bearish forecasts have long left policymakers, investors, and utilities themselves unprepared to properly assess the economic upside of a more rapid clean energy transition.

But it’s not too late to get it right – these cost decline trends have accelerated the timeline to cost-effectively achieve high levels of clean energy on the grid. A 2012 NREL study concluded that an 80% clean electricity grid would be technically feasible by 2050 but would create higher electric bills. Two years later, a follow-up study concluded the same goal could be reached at no additional cost. And now, several studies show we can achieve the same results 20 years earlier than expected. What once seemed out of reach may now be the best path forward.

Seizing the moment with a national clean electricity standard

Researchers from UC Berkeley, GridLab, and Energy Innovation modeled 80% clean electricity in the U.S. by 2030 with high levels of electrification in other sectors (e.g., assuming all-electric light-duty vehicle sales by 2030), showing that an 80% by 2030 CES would:

The 80% by 2030 CES would also keep consumers’ electric bills about the same as today’s levels. But this doesn’t mean the 80% CES will happen on its own – a “no policy” approach only achieves 45% clean electricity by 2030. Strong federal policy is required to achieve these remarkable benefits.

An 80% by 2030 CES would be a boon for workers and communities in rural and politically conservative states, supporting broader revitalization through increased tax revenues and induced economic activity. In fact, the top 15 states by new clean energy investment include Appalachian states like Kentucky, Ohio, and Virginia along with other fossil-fuel dependent states like Texas, Oklahoma, and Wyoming.

According to UC Berkeley research, reaching 80% clean electricity by 2030 while rapidly electrifying transportation and buildings would require building an annual average of 95 GW of renewables and 22 GW of battery storage – effectively doubling our current stock of power generation capacity within the next decade and matching China’s renewable energy deployment in 2020.

Research from Energy Innovation and Princeton University indicates a similar rate of renewables deployment could create up to 1 million new jobs annually in the 2020s. And these jobs can be high-paying – a working paper from Princeton indicates “high road” labor practices for wind and solar jobs would support wages in excess of average fossil fuel jobs, without meaningfully increasing solar and wind costs.

This economic growth is enabled by clean energy technology costs falling sufficiently to be economic throughout the country – whereas a 50% difference in the cost of solar between regions (e.g., California versus New England) used to be 10 cents/kWh, it is now closer to 1.5 cents/kWh.

Technology cost declines show that significant clean electricity deployment is inevitable, but market failures are locking out benefits that could be realized by society much sooner if the right set of policies corrected them. For example, fossil fuel-fired power plants do not have to pay for the greenhouse gases they emit, and onerous siting and permitting rules present barriers to entry for new transmission projects that would otherwise unlock potential for new renewables. Monopoly utilities face little competition, and they have continued investing in existing and new fossil power plants despite compelling economics for building new renewables, exacerbating stranded asset concerns.

A plan to benefit all Americans

A national 80% by 2030 CES would create hundreds of thousands of well-paying jobs, demonstrate global leadership on climate change after a period of tumult, substantially reduce local air pollution which disproportionately affects Americans of color, and help transition communities with ties to the fossil fuel industry to more financially sustainable economies.

The U.S. has risen to unprecedented challenges throughout its history. Extending electric service to rural areas, building the interstate highway system, and even landing on the moon were all seemingly insurmountable tasks in their times. Now, ubiquitous, low-cost renewables dare us to meet our present crises with the collective construction of a clean electricity grid – and through an 80% by 2030 CES, we can unleash this potential.

The 80% by 2030 CES would also keep consumers’ electric bills about the same as today’s levels. But this doesn’t mean the 80% CES will happen on its own – a “no policy” approach only achieves 45% clean electricity by 2030. Strong federal policy is required to achieve these remarkable benefits.

These are important and intertwined messages-- this is what we need to hear from leaders and how we can/must build support for such policies.

Some nice charts showing how low cost Solar and Wind are. Don't forget that Hydro is also renewable and a great baseload 24/7 power that works in perfect harmony with Solar and Wind. You also don't show the fast dropping cost of advanced battery storage.

So why only 80% When with battery storage and hydro not to mention Geo-Thermal all working together we can have 100% and lower cost. If you can't see that just drop the subsidies we still pay for COAL, NG , Nuclear and Oil. We pay for dirty energy in many ways.

I suspect that the main part of the title statement is true -- wind, solar, and battery prices have now reached the point that an 80% clean electricity system is feasible. The price of battery storage might be a sticking point, but it's not too far off. By 2030, I've no doubt that the price will low enough to make 80% clean energy a realistic target.

That said, I'm also pretty sure that these optimistic-sounding statements don't mean what most who read them will take them to mean. The title refers to "plummeting wind, solar, and battery costs". Of those three factors, however, only battery costs are of primary importance. Under prevailing regulatory and market models, wind and solar costs have little bearing on the cost of electricity to utility customers.

I'll have more to say about that in an upcoming post on power valuation and pricing. Frankly, our current system is a mess. In my opinion, reforming that system will be at least as important for meeting climate change mitigation goals as any technical developments. And note that that's coming from a hardened technology geek.

"I suspect that the main part of the title statement is true -- wind, solar, and battery prices have now reached the point that an 80% clean electricity system is feasible."

Roger, do you have a rough outline of how this system would function, its costs, its incentives, and what changes in policy would be required? I suspect you're off by about 70% - that solar and wind will continue to be limited by their capacity factors in market penetration. I suspect the price of solar panels, batteries, and wind turbines is largely irrelevant - that the cost of their massive land use, of their impact on nature, of stabilizing their voltage, frequency and phase, of backing them up, maintaining them, and replacing them will continue to render them incapable of making more than a token contribution to electricity in developed countries, and virtually non-existent in developing ones.

But all I have is the last sixty-five years as a guide. Are John/Jane Q. Public now willing to pay at least twice as much for electricity that's less reliable? Are they willing to use electricity when it's least useful to help maintain grid stability, or to accept dependence on natural gas, sea level rise, and mass extinction as inevitable?

It seems anything else is more of the same foolishness that got us into this mess.