Global warming is an excessive supply of energy that needs to be translated into economic growth for the planet.

“Supply-side economics” or “Reaganomics”, holds that increasing the supply of goods translates to economic growth for a country. Its practitioners focus on cutting taxes, lowering borrowing rates, and deregulating industries to foster production. But with global warming, production is the least of our problems. The system is producing at least 80 times more energy than we can consume. And with such abundance, lower taxes and borrowing rates should be the default position with sensible regulation.

It needs to be closer to $3 trillion so clearly, we are going in the wrong direction.

The Inflation Reduction Act (IRA) authorizes the federal government to spend $374 billion on clean energy and climate resilience over the next 10 years. Which is a .3% impetus to the global energy economy. But it is a far cry from turning the massive impetus of fossil fuels around.

Robinson Meyer’s The Atlantic article, Biden’s Climate Law Is Ending 40 Years of Hands-Off Government says, “for America to decarbonize, it must reindustrialize”. But what does  decarbonization and reindustrialization look like?

And what will that cost?

For starters it will have to be based on abundance not scarcity.

Instead of Rare Earth’s that exist in the Earth’s crust in quantities averaging about 13 parts per million (ppm), with the most abundant, Cerium, having a mass fraction of about 65 ppm, it will have to be based on hydrogen which is the most abundant element in our galaxy at 739,000 ppm.

It will use batteries with electric dipoles based on heat and cold that are self charging for as long the Sun shines and the oceans freeze at the poles each winter. 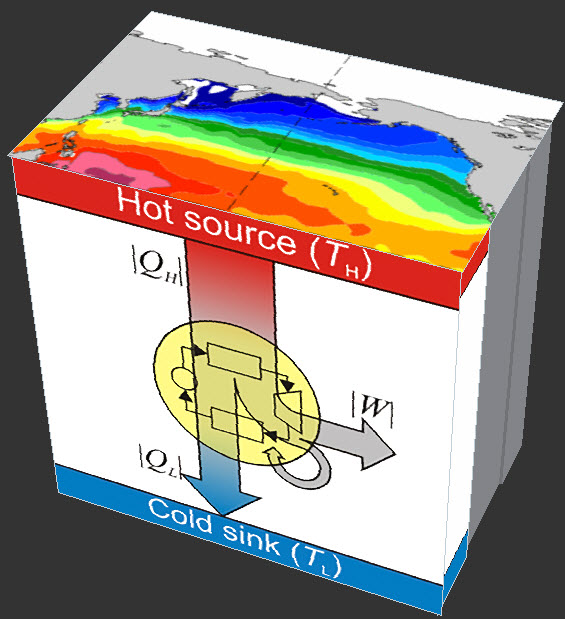 It will use small turbines that turn at tremendous speeds in closed systems that use carbon dioxide as their working fluid per the following graphic from the Department of Energy’s critical CO2 tech team. 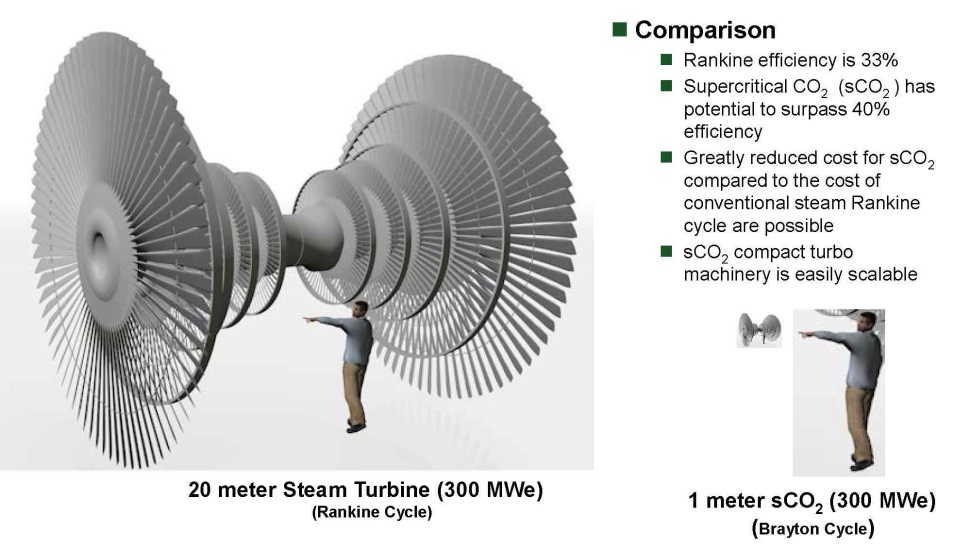 It will use personal transportation along the lines of the People's Car rather than vehicles that are out of reach of the majority of consumers.

But most importantly, it can’t be hamstrung at the outset by a $100 trillion decarbonization burden.

To hold to a 1.5oC temperature increase the conventional “wisdom” is at least 1000 gigatonnes of CO2 must be removed from the atmosphere at a cost of at least $100/tonne. For a total of $100 trillion.

If the USA has to shoulder 25% of that burden, the total would be $25 trillion. Amortized at $37.4 billion/ year – the investment rate of the IRA - it would take 668 years reach to the objective.

If all of that went into decarbonization it would take about 67 years and, in the meantime, there would be nothing left for anything else.

In other words, carbon dioxide removal (CDR) from the atmosphere is a non-starter.

As is anything else that doesn’t provide cheaper and more abundant energy that in turn cools the surface.

It is telling that not a single Republican, the putative supply-siders, voted for the IRA.

It would be one thing if they had a better alternative but that isn’t the case. Unless you think a $25 trillion investment in CDR is a good idea.

Those of us paying out of our pockets for the current inflation beg to differ.

It doesn’t bode well for either Capitalism or Democracy when they are turning their back on twice the energy at half the cost, while cooling the surface and removing 4.3 gigatonnes of CO2 from the atmosphere at no additional cost is an available option.