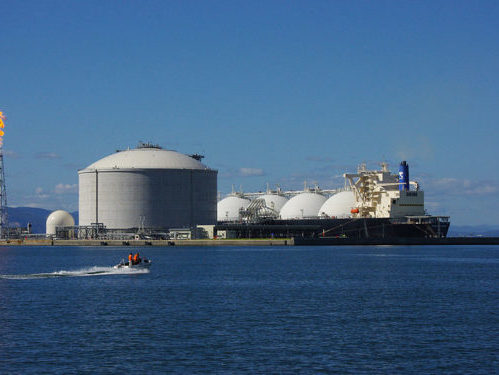 Investment legend Warren Buffett’s decision last March to pull out of a controversial liquefied natural gas project in Quebec’s Saguenay region is just one example of a bigger trend that has nearly half of the world’s LNG export projects faltering in recent months, according to the latest Global Energy Monitor report published earlier this week.

The analysis had the Australian Financial Review headlining a “gas bubble”, Euractiv warning that gas faces a “perfect storm” of climate and economic factors, and Reuters chronicling LNG projects jeopardized by pandemic delays and concerns about climate change.

“Out of 45 major LNG export projects in pre-construction development globally, at least 20—representing a capital outlay of some US$292 billion—are now facing delays to their financing,” Reuters reports. “That marks a stark shift by investors away from what many had considered a promising fuel market, already buffeted by slower growth in demand, rising competition from renewable energy technologies, and opposition over the industry’s climate-warming emissions.”

“LNG infrastructure faces the risk of becoming stranded assets and should be avoided,” agreed  Erik Fransson, head of the fund department at the Swedish Pensions Agency.

The report said the decision by Buffett’e Berkshire Hathaway investment firm to pull the plug on its C$4-billion stake in the Saguenay project “underscores the growing political and economic uncertainty that LNG projects are facing, even as governments around the world tout liquefied natural gas as a clean alternative to coal power,” The Canadian Press writes. “Neither Buffett nor Berkshire Hathaway explained their reasons for the move, but the company behind the terminal project blamed ‘the current Canadian context’—an apparent reference to nation-wide rail blockades and protests against the Coastal GasLink pipeline in B.C. at the time.”

“While many projects face opposition from local communities, the case of the Énergie Saguenay LNG Terminal in Quebec shows the potential for a local protest to galvanize a national movement,” the Global Energy Monitor report stated.

The analysis “goes on to suggest that political opposition is only one of many new challenges to the LNG sector, with another being a dramatic drop in the price of gas due to an oversupply at a time when the COVID-19 pandemic has sent demand plummeting,” CP says. “The report lists 13 LNG projects in Canada alone that have been cancelled or suspended in recent years. That includes a C$10-billion LNG export facility in Nova Scotia, which is now in limbo as the company behind the project tries to decide whether to move ahead or not.”