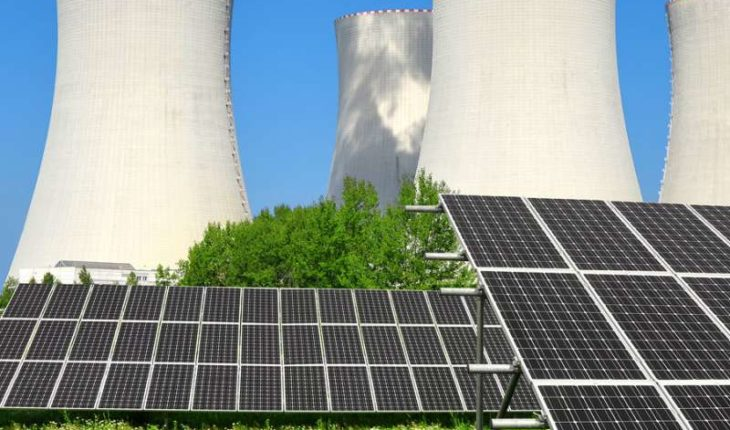 France’s nuclear energy spending was 60% of what Germany spent on renewables. France gets about 400 Terawatt hour per year from nuclear but Germany gets 226 Terawatt-hours each year. 45 Terawatt-hours of Germany’s renewable power comes from burning biomass which generates air pollution.

France completed construction on 76% of its current 58 reactors at an inflation-adjusted cost of $330 billion (€290 billion). The complete buildout of the 58 reactors was less €400 billion. Germany has spent about €500 billion over the last 20 years to get to 35% renewables. 7% of this is burning biomass. France gets almost double the TWh from nuclear than Germany gets from renewables (solar, wind, biomass, hydro). France has gotten about 400 TWh per year from nuclear while all of Germany’s renewables (solar, wind and biomass) amounts to about 220 TWh.

From 2006 to 2017, Germany increased the cost of electricity for households by 50%. (per an OECD report) French electricity costs are just 59% of German electricity prices. France produces one-tenth the carbon pollution from electricity compared to Germany.

Germany would need 50% more nuclear energy than France to completely replace all other power generation. This would cost €600 billion if Germany could match France’s build from the 1980s. Costs and safety regulations have increased even though France’s nuclear power has operated without incident for over 30 years. 80 nuclear reactors would now cost €1600 billion euros for Germany. This would still be cheaper than the estimated costs for the solar and wind buildout that is underway.

Germany needs to add 7,700 new kilometers of transmission lines to move the renewable power from solar and wind farms but only 8% have been built. Large-scale electricity storage remains inefficient and expensive.

Germany is 2% of the world carbon dioxide emissions.

People do not understand energy or the benefits and risks that relate to energy.

John Gorman was the chief executive of the Canadian Solar Industries Association but now he is a nuclear energy advocate. John indicates that nuclear energy is vital to solving the energy issues related to climate change.

An overly optimistic view of renewables has affected major decisions about other energy sources, particularly nuclear. The global focus on renewables has caused existing nuclear plants to be retired early and has stalled investment in new projects. It’s given people a false sense of security that we don’t need nuclear any more when nothing could be further from the truth.

What’s worse, because wind and solar are variable (they produce electricity only when the wind blows or the sun shines), they must be paired with other energy sources to support demand, and these are almost always fossil fuels. In the absence of enough nuclear energy, renewables are effectively prolonging the life of coal and gas plants that can produce power around the clock.

Nuclear is the only proven technology that has decarbonized the economies of entire countries, including France and Sweden.

Brian, great work. The anti-nuclear, anti-science roar at EC gets louder by the day, as natural gas and renewables interests attempt to thwart the nuclear renaissance with noise and lies.

As always, truth will prevail. Or as Shakespeare put it:

"Thrice is he armed that hath his quarrel just."