The Fathers of Fast Charging: The Story of the First 250kW 10-Minute Fast Charge Mr. Botsford is a professional chemical engineer in the State of California with 30 years’ experience in engineering process design, distributed generation, and environmental management. He has a...

The Fathers of Fast Charging: The Story of the First 250 kW 10-Minute Fast Charge

On May 17, 2007, AeroVironment, Inc (AV) engineers fast charged a 35 kWh electric vehicle battery pack in 10 minutes [1]. Witnessing the event were Tony Andreoni and Craig Childers of the California Air Resources Board (ARB). 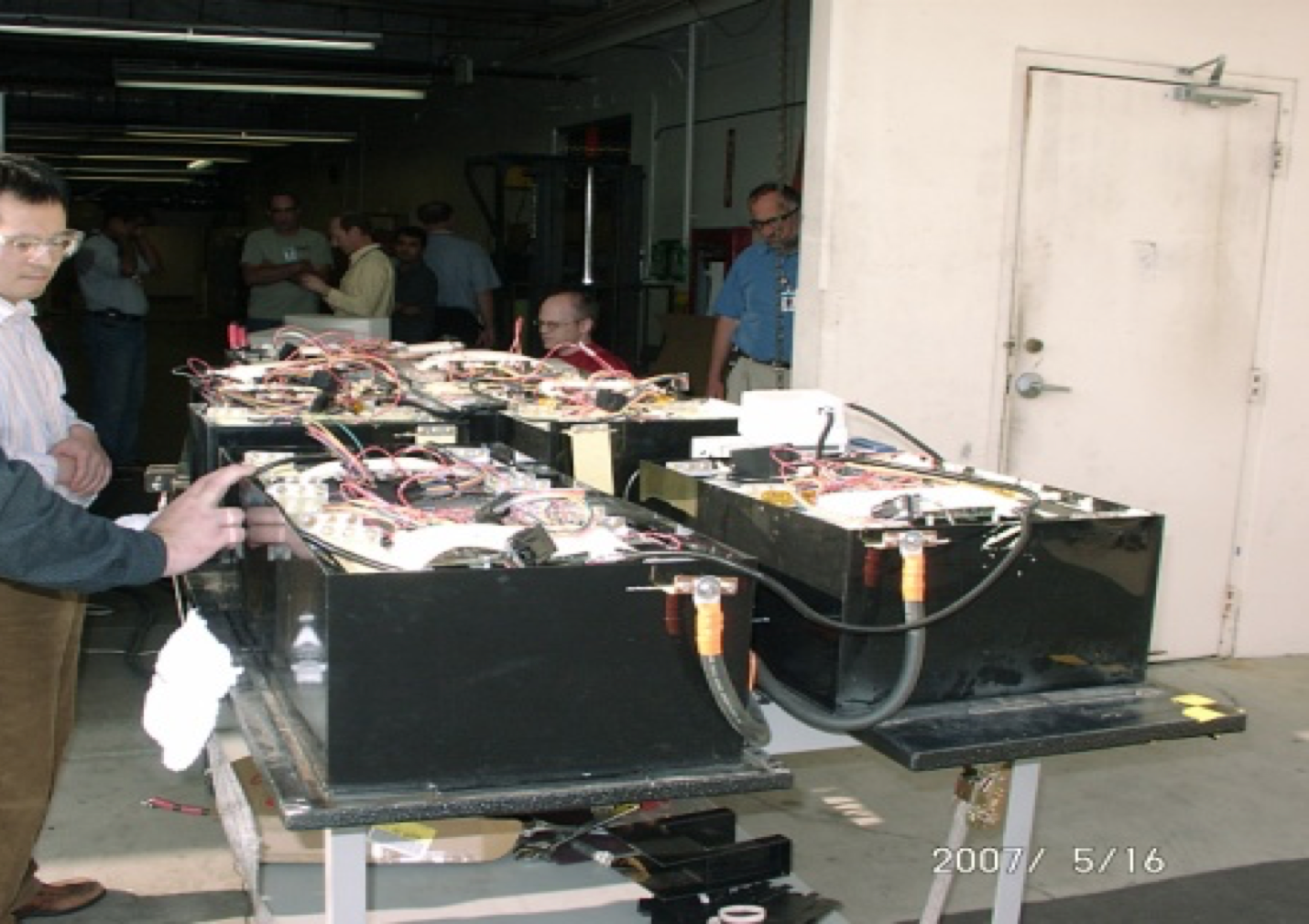 The disadvantages of lithium titanate chemistry are:

This perspective is important in understanding why vehicle developers were interested in lithium titanate in the 2007 time frame. A battery pack that wouldn’t degrade, had lower thermal runaway risk, and last forever would solve most of the problems an automotive manufacturer faced as they developed a new EV model. The ability to fast charge in less than 10 minutes was not only icing on the cake, but meant a compelling way to address “range anxiety.”

At the time, Altairnano was the first company developing lithium titanate. Later on, Toshiba, with its SCiB technology, worked with several large automotive manufacturers, including Honda (the Fit) and Mitsubishi (i-MiEV) to commercialize the technology.

By the early 2000s, AeroVironment (AV) had more than 20 years of battery testing and pack development experience, starting with the development of the GM Sunraycer and GM Impact in the late 1980s and early 1990s. That experience included extensive work with lead-acid, nickel metal hydride, myriad lithium chemistries, and many kinds of fuel cell technologies.

To say that AV engineers were skeptical of new battery claims is an understatement. Battery developers regularly commissioned AV to test and validate their new and latest batteries. Often, the claims were truly unbelievable, and just as often proved wrong. One AeroVironment engineering manager had a saying, “There are liars, damn liars, and battery suppliers.”

When Altairnano came to AV with the claims listed above, the engineers were highly skeptical to say the least.

Testing began at the cell level. Cell testing is relatively inexpensive and quickly determines whether further testing at the module or pack level is warranted. It was. Much to the amazement of AV engineers, cell testing passed 6c charge and discharge testing from zero to 100 percent state-of-charge (SOC). After approximately 1000 full DoD cycles, no degradation was detected. Testing also included time in a thermal chamber and witnessing of nail penetration and other destructive testing to make sure that the cell meets the safety standards already established.

One surprising note was the capability of the cell to discharge to zero SOC, which is something highly discouraged universally by lithium battery manufacturers.

The Pre-Test and Test

On the evening of May 16th, 2007, AV engineers conducted the first pack-level pre-test of the Altairnano pack using an AV-900 advanced battery cycler, which is rated at 250 kW. The purpose was to check all systems, especially safety. Pushing that much power into an EV pack had never been done before. The pack was discharged to zero percent SOC that night.

On May 17th, 2007, with everyone standing back and safety goggles in place, the AV-900 battery cycler began charging the pack.

The charging proceeded as expected. AV engineers followed the increasing pack voltage, which indicated the pack was charging according to the SOC/voltage curve.

At just less than ten minutes into the test, one of the ARB representatives noticed that a cable connecter at a pack contactor was smoking. The test was immediately shut down. The pack was charged to approximately 95 percent SOC.

Over the next several months, battery testing at the module level confirmed the claimed attributes of the lithium titanate chemistry.

Demonstrating that a battery could be safely and fully charged in ten minutes was a major accomplishment for the EV industry. The Society of Automotive Engineers (SAE) J1772 DC charging subcommittee immediately began evaluating connector technology for the 250kW power level and initiated development of a new fast charge standard. 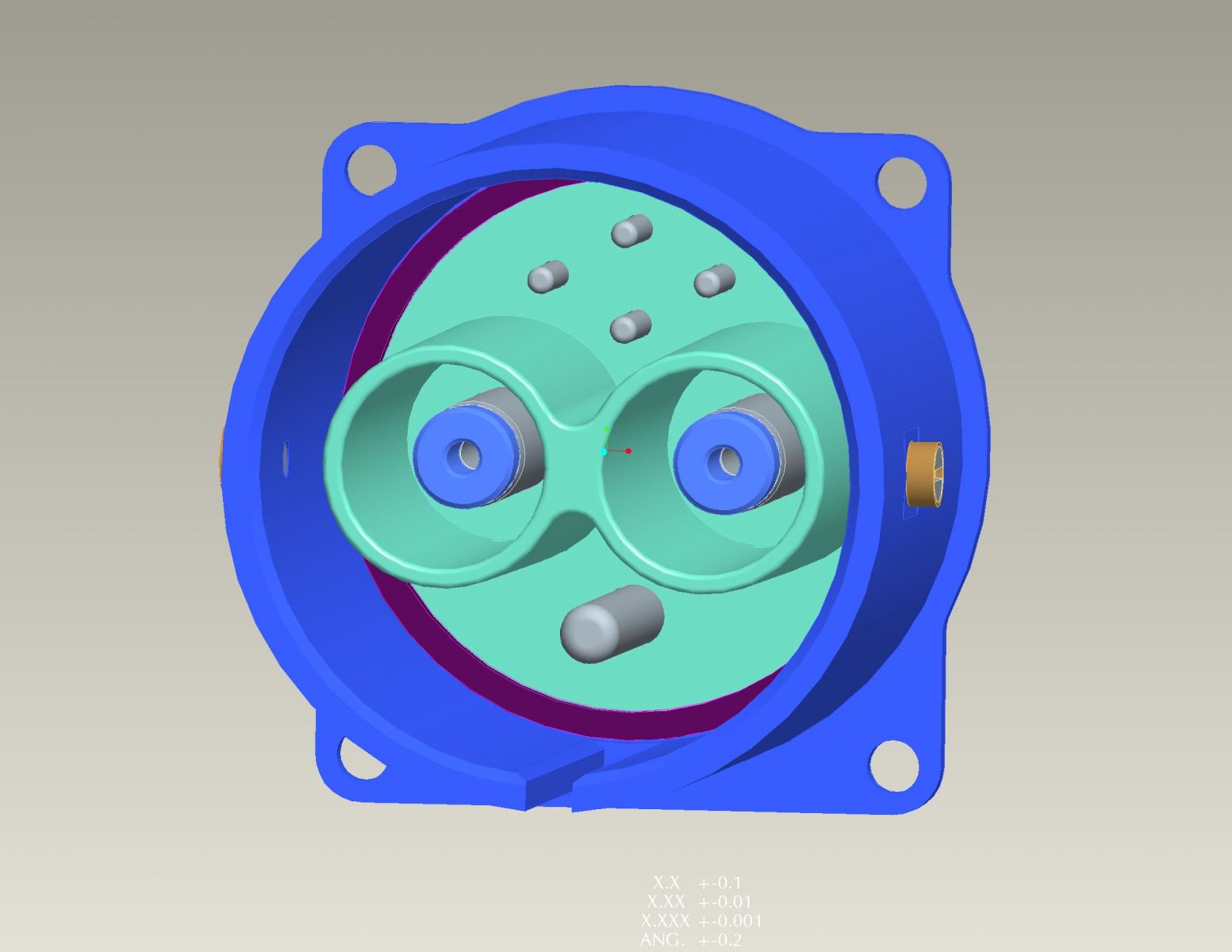 However, that effort was never completed, primarily due to fears by automotive manufacturers that batteries could not be fast-charged. Many years later (~2012), SAE adopted a 50kW combined charger system (CCS) standard, which would compete with the 50kW CHAdeMO (Japanese) standard already in place. Several years after that, SAE increased the power limit of CCS to approximately 400kW and a maximum charge current of 500 A.

By 2010, Proterra, a transit bus manufacturer, had successfully developed an electric bus capable of  high-power charging using the Altairnano lithium titanate batteries. The first Proterra fast charge electric buses were put into revenue service at the Foothill Transit Agency (Southern California). AeroVironment developed the first 500kW charger, which comprised four 125kW power modules. A video of the charging system can be found at:

The Fathers of Fast Charge

Phoenix Motorcars, Altairnano, and AeroVironment collaborated in developing and demonstrating the fast charge chemistry and technology. Those involved include:

Ron Norton – Standards engineer (Ron had a harness around his neck during the test, ready to pull the pack out of the high bay in case something went terribly wrong. This article is written in his memory.)

Many projects were conducted and products developed in the 1990s on the fast charge of batteries of all types: lead acid, nickel metal hydride, and lithium chemistries. By the early 2000s, “extreme” 10-minute fast charging emerged as the holy grail. Meanwhile, one-hour fast charging was in the works for the many years of standards development that lie ahead.

The 2007 demonstration of true 10-minute fast charging at the pack level, with an actual EV battery pack, showed the standards developers they should set the limits to high power levels, 250kW and beyond. A decade later that’s what began to happen with both the combined charger system (CCS) and CHAdeMO standards.

Thanks for the history lesson, Charlie! Tech is moving along so quickly these days with everyone so eager to move onto the next breakthrough or next big idea that it's easy to forget to stop and pause and marvel at the great work being done all around us and what the direct impact of that work is/will be. This is a great reminder of that and shows how far we've come-- and will continue to go!

Thanks. In 1987, AeroVironment (AV) built the Sunraycer for General Motors (GM), which won the solar race from Darwin to Adelaide. In 1989, AV built the Impact electric car for GM, which GM eventually turned into EV-1. By the 1990s, AV, GM, Ford, AC Propulsion, and a few other companies were trying to build the EV industry. Then the EV movement died down for about a decade, primarily waiting for battery technology to catch up. The early 2000s were exciting because of all the new tech development. By 2010, Nissan came along with the LEAF, and the EV movement was suddenly on again big time. Now we're into the 2020s and it's like a dream come true with all the EVs hitting the market, and the promise of EVs supporting the grid.

The EV market has been fascinating to watch-- I was surprised when I went to finally buy my first EV last year to find that the Leaf was already almost out of date with how many competitors it had that offered better ranges. This rate of progress is so encouraging!