The legacy industry of yesterday continues to get transformed and replaced by the modern utilities of today and tomorrow, with an increased focus on digital energy solutions, a focus on sustainability, and a need to meet customers where they are. Bringing the industry forward into this new era are thoughtful leaders who have the vision to recognize the importance of this transformation, and within the Energy Central Community many such leaders can be found in The Energy Collective.

In particular, we’re continuing to bring in these forward-looking leaders to be a part of our Network of Experts. Today we’re happy to introduce the latest expert for The Energy Collective in Mike Byrnes. Mike is the Senior Vice President at Veolia North America, where he brings his expertise in projects across combined heat and power, environmental permitting, microgrids & smart metering, and more. Excited about the ability to become more involved with the Energy Central community and share his insights with his peers across the community as one of our Experts, Mike was kind enough to take some time to participate in the Energy Central Power Perspective ‘Welcome New Expert Interview Series’: 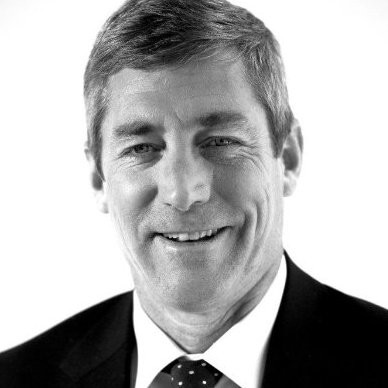 Matt Chester: The top reason for these expert interviews is to show the rest of the community how valuable our experts can be to them and to the platform as a whole, so let’s start broad—can you please introduce yourself to the community? What’s your background in the utility sector, what drives you to be involved in energy topics, and what are you working on these days?

Mike Byrnes: I came out of the US Merchant Marine Academy.  I went to sea for six years, and afterwards I ended up working in utility, specifically at ConEd and working in a power plant as a maintenance foreman.

Later, I got more of a field engineering job, as I am an engineer by background and training.  But when it was time to move on from ConEd, I ended up taking the job with TriGen.  TriGen was an independent power producer, where I first did plant work before moving into development work. We were doing district energy, CHP, co-gens all over the country basically.

My next career move was opening the New York City office for Source One about 16 years ago.  Source One was a very small consulting practice based out of Boston. Five years later, we sold the company to Veolia, and I'm still here.  We started Source One basically as a pure consultancy, and I was advising clients on how to purchase power, what deregulation meant, and how to deal with utilities.  We were representatives to local utilities to help them get power, negotiate rates, schedules, how much they are going to need, all that kind of stuff.  From there, we just kept on growing.  We start doing more work inside data centers, like testing and commissioning.  I had a power plant background and a development background, so we started developing for people strictly as consultants.

That's how we got to where we are today.  Within the Source One business, I am the Chief Operating Officer and I am the last of the original founders standing.  We're at 120 people, and the big offices are still Boston and New York, but we have a lot of remote workers because we do a lot of work out of construction sites.

MC: Your bio notes that you’ve been involved in some of the most visible distributed energy projects in the New York metro projects—can you share what that experience was like and what challenges came from your projects being high profile?
MB: When they are high-profile, it usually means they're large the clients are driven. If you look at one of the first projects we did in New York, it was the redevelopment of NYU's downtown campus.  That was an older, early 70s vintage islanded co-gen project. It was burning high-sulfur diesel, and it was tired and old.  Through the redevelopment of that, we looked at their entire campus.  We made a big conference-room-sized map of NYU, which is actually an urban campus so it is all around Washington Square Park. It doesn't have a college campus center; it's not like going to Ohio State where you arrive and know you're at Ohio State.  There will be three NYU buildings and then a Best Buy and then a dormitory and a lab and then another bodega, so it's spread all around and it's part of the cityscape.

We ended up planning the entire 60 buildings and we laid them all out and mapped the co-gen to all of those, including electric, water, and steam.  You ask about things that are high-profile-- we did this in the early 2000s.  It was a seven-year project from when they first contacted us to finish.  In the middle of that, strange things would happen.  The President changed at NYU, and the former Chairman of ConEd was also on NYU's board, so the former Chairman of ConEd told the president of NYU: “No, you don't want to do that.  You want to tie into us.”  They weren't tied into the steam system, so that put an entire six-month pause on that while ConEd had to come up with a proposal to tie the building in with steam, tie the campus in with steam because they never were connected.  That became uneconomical, and we had to evaluate that and present that back to the President, why this friend of ConEd couldn't help him. Then, we had to start all over again.  We just lost six months on that.

You get those kinds of pauses when you're high-profile.  You get very important people with big egos and big opinions. So, with these kind of high-profile projects, that's when you can take advantage of having big projects with big politically-connected people.  It's how you harness that attention and how you use it constructively. 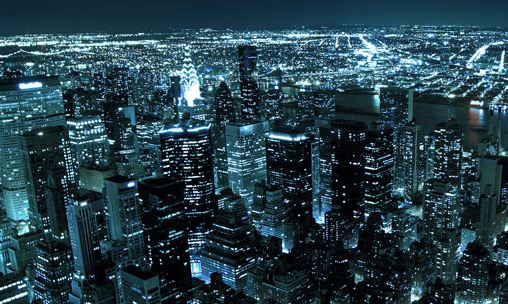 MC: You’ve had a lengthy and successful career in the energy industry. What do you think there is about your job and the sector as a whole that you’re dealing with today that would have been hardest to believe if you told the younger version of yourself?
MB: In my opinion, it’s been the pace of renewables.  There's been a lot of stuff that is just amazing to me.  There's no better time to be in the energy business.  I've been at this for 40 years, basically and there's so much going on, especially with the pace of change. But really the most surprising trend is the spread of renewables.

When we started with solar, that was just for hobbyists, just some guy that wanted to put it on his roof and he built it in his backyard type of stuff.  I also think offshore wind is going to come much faster than anybody really expects.  New Jersey just announced the $300 million terminal upgrade for staging offshore wind construction.

So, it's coming and the technology is coming fast; the regulations are pushing it and the money is there. The commoditization of solar and wind is the most amazing thing to me.  The public willed to get these things done.  People are really behind this.

MC: What’s coming next for you and your role with Veolia? Do you have any exciting or innovative projects you can share with us?

MB: We do have one exciting thing happening.  Veolia is a combined water, waste, and electric energy provider world-wide. In the United States, we've just announced that we're combining all of our consulting practices with our industrial water business and our industrial energy business.  We have our shop on the East Coast.  We have a sister company on the West Coast, and then we have about 50 operating contracts across the country both on industrial water and energy, and we've combined that all into one group that we're called FBS (facilities and buildings services).  That's exciting to me personally.

MC: How did you come across the Energy Central platform, and what are your impressions of the community? What value are you hoping to impart onto your fellow community members?
MB: When I first came across Energy Central, I was reading through the answers and the questions and the interchange back and forth.  I thought the people were well-spoken and had a good understanding of what the issues were. And I do like the fact that the people on Energy Central are actually in the business.   I thought this is a group that I would be happy to be a member of.  Hopefully, I can participate and provide some thought leadership and answers.

Please join me in thanking Mike Byrnes for his time in this interview and for his accepted role as a The Energy Collective expert in the Energy Central community. When you see Mike engaging with content around Energy Central, be sure to say hi, ask a question, and make him feel welcome!

What are all the renewable energy people going to do when ThorCon & Terrestrial Energy start manufacturing their Molten Salt Reactors & when Terrapower gets underway ???

I caluclate that with all the money wasted on renewable energy the U.S. could have manufactured enough Molten Salt Reactors to provide TWICE the electricity that the U.S. uses.  And about 40% of the total heat generated can be used to replace more fossil fuels.  Call it combined heat & power or district heating.