Colorado Is Falling Short Of Its Climate Targets - New Policies To Hit Them Could Add $7.5 Billion Annually To State GDP

Colorado has some of the United States’ most ambitious climate goals, targeting 50% remissions reductions in 2030 and 90% emissions reductions by 2050. These goals are bolstered by sector-specific policies enacted in 2019 including legislation requiring the state’s dominant utility Xcel to cut emissions 80% by 2030, along with tax credits and partnerships to build charging stations and accelerate the zero-emission vehicle transition.

But new research shows the state’s existing policies, excluding those that are planned but not enacted as part of the state’s Greenhouse Gas Reduction Roadmap, will only reduce emissions 18% by 2050 – falling far short of Colorado’s climate ambition.

Colorado straddles one of the fastest-warming regions in the U.S. and climate impacts like record wildfires, dwindling snowpack, and severe drought are already harming its economy and communities. With less than a decade left to avoid locking in the worst climate damages, state policymakers must move quickly to cut emissions and transition to a clean energy economy.

As debate intensifies around Colorado’s next steps on climate policy, new modeling from Energy Innovation and RMI shows implementing stronger policies, many of which are included as part of the state’s GHG Roadmap, can be a climate and economic boon. Ambitious decarbonization of the state’s electricity, transportation, industry, building, and land-use sectors can help limit warming to 1.5 degrees Celsius while adding more than 20,000 new jobs and $3.5 billion in economic activity per year by 2030 - and up to 36,000 jobs and $7.5 billion annually by 2050. 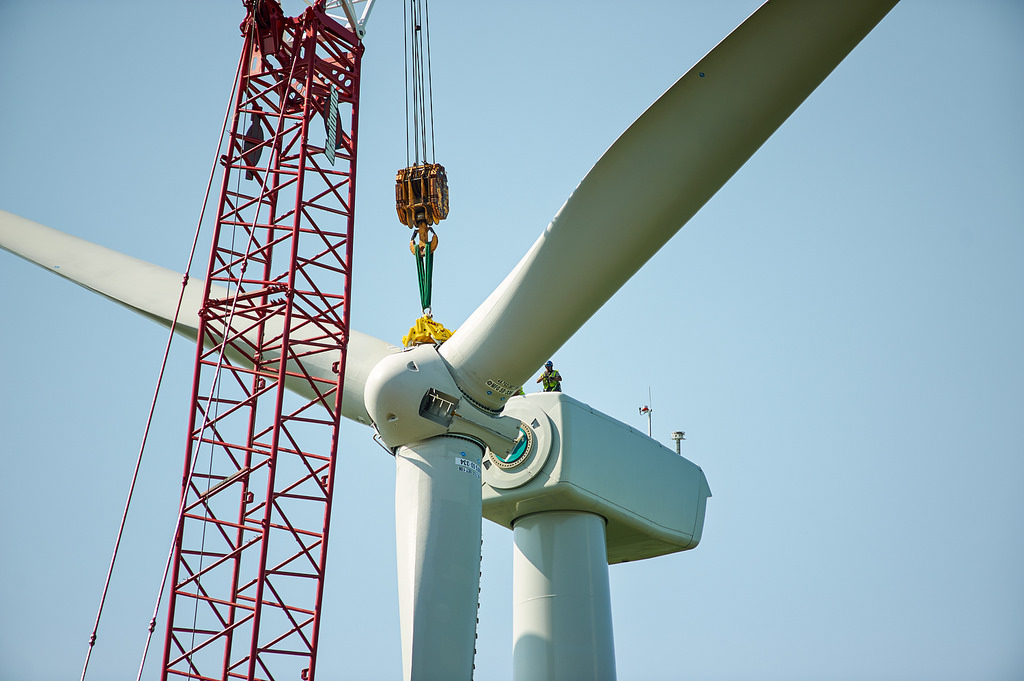 Colorado embodies the clean energy transition accelerating across the U.S. – a state where fossil fuels once underpinned energy supply and economic activity, but where fast-falling clean energy prices have made decarbonization the cheapest option.

Wind energy has been cheaper than coal for years, and building new renewables now costs less than continuing to operate six of Colorado’s seven remaining coal plants. Plummeting battery prices have now made owning an electric vehicle cheaper for consumers compared to internal combustion engines, and living in an all-electric home presents thousands in savings on up-front costs and utility bills compared to fossil-fueled homes in Denver.

Those favorable economics have made Colorado’s climate ambition possible, but the state is now embarking on the tougher task of determining how to achieve its emissions reductions goals. After passing the 2019 Climate Action Plan, Governor Jared Polis directed state agencies to develop a policy roadmap to reach its decarbonization targets.

The resulting GHG Roadmap, released in January 2021, found existing state policy was insufficient to meet its climate goals. While Colorado has enacted innovative policies including utility decarbonization targets, securitization legislation to help utilities retire uneconomic coal plants, and a suite of electric vehicle-friendly legislation and regulations, the GHG Roadmap found even deeper power sector decarbonization combined with transportation and building electrification is required to get back on track.

But reaching consensus on which next steps to take has been elusive, as advocates have pushed for binding and enforceable policies to meet state targets. Just this month, Governor Polis threatened to veto proposed legislation that would establish hard caps on sectoral emissions and empower the state’s Air Quality Control Commission to enforce them.

Colorado could reap billions in economic growth from its climate ambition

So how can Colorado meet its climate action goals and build a clean energy economy? New modeling using the Colorado Energy Policy Simulator (EPS) developed by Energy Innovation and Colorado-based RMI outlines a policy package that can decarbonize the state’s economy and put it on a pathway to achieve the Intergovernmental Panel on Climate Change’s recommended target of limiting warming to 1.5°C – while generating sustainable economic growth. Some of these policies overlap with those outlined in the state’s GHG Roadmap.

The free, open-source, peer-reviewed Colorado EPS empowers users to estimate climate and energy policy impacts on emissions, the economy, and public health through 2050 using publicly available data. All model assumptions, key data sources, and scenario development used by the EPS are documented online for full transparency. EPS models have been developed for nearly a dozen countries and several subnational regions, including California, Minnesota, Nevada, and Virginia. The Colorado EPS is one of at least 20 planned state-level EPS models being developed by EI and RMI.

While statewide emissions have fallen 5% since 2005, mainly due to power sector decarbonization, Colorado EPS modeling projects statewide emissions compared to 2005 will only decline about 10% by 2030 and about 24% by 2050 under business as usual, which includes only enacted policies – slower than required to meet the state’s 50% by 2030 and 90% by 2050 goals. The culprit here is rising emissions in the industrial, buildings, and water and waste sectors offsetting some of the decreasing transportation and electricity sector emission.

Fortunately, the Colorado EPS finds implementing stronger policies across the state’s electricity, transportation, buildings, industrial, land-use, and agricultural sectors can put it on a 1.5°C -compliant pathway that meets Colorado’s emissions reductions goals. The associated air pollution reductions would also prevent 350 deaths and more than 10,000 asthma attacks per year by 2030, and more than 1,400 deaths and nearly 44,000 asthma attacks per year by 2050 – even with a conservative estimate, these monetized health and social benefits reach $21 billion annually by 2050.

This low-carbon transition would supercharge the state’s economy, generating more than 20,000 new jobs and $3.5 billion in economic activity per year by 2030, and adding nearly 36,000 new jobs and more than $7.5 billion to the economy per year by 2050. These jobs would be created by building new solar and wind projects, retrofitting buildings, installing vehicle charging infrastructure, and more. Increased economic activity would come from new jobs paying wages 25% higher than the national media wage, as well as savings from reduced expenditures on volatile fossil fuel supplies.

A policy pathway for Colorado to achieve its climate goals

The 1.5°C policy package introduced by the Colorado EPS incorporates all existing state policy that has been enacted into law, legally enforceable power plant retirements, improvements in building and transportation energy efficiency, and electric vehicle adoption; it then goes further to address the state’s unique emissions profile.

While electricity and transportation lead emissions in most states, industry generates the largest percentage of emissions with 32 percent, primarily from oil and gas production. A mix of electrification, energy efficiency, hydrogen fuel switching, and methane leak reduction drive industrial emissions reductions under this 1.5°C Scenario. Several regulations have been proposed and legislation has been introduced in the state legislature to address these sectors, particularly methane leak reduction and beneficial electrification.

Rapid decarbonization of the state’s electricity sector is foundational to reducing emissions across all other sectors as an increasingly clean grid powers electrification of demand from buildings, industry, and transportation. The 1.5°C Scenario implements an 80% clean electricity standard by 2030 which rises to 100 percent by 2035. This would expand Xcel’s 80% emissions reduction target to cover all state utilities, accelerate the target date from 2035, and make the target legally enforceable – in line with Biden administration efforts to implement an 80% by 2030 clean energy standard. Under this scenario battery storage would increase seven-fold over existing state targets, transmission capacity would double, and additional demand response capacity would increase grid flexibility and reliability.

Colorado is already targeting a 40% reduction in transportation emissions by 2030, which would add 940,000 light-duty electric vehicles on the road. The 1.5°C Scenario would go even further, primarily by requiring all new passenger car and SUV sales be electric by 2035 and all new freight truck sales be electric by 2045. These goals align with ambitious zero-emission light-duty vehicle goals adopted by 10 states as well as the multi-state agreement targeting zero-emission medium- and heavy-vehicles signed by 15 states (including Colorado) and the District of Columbia, would add nearly 1.5 million electric vehicles by 2030, and ensure most on-road vehicles are electric by 2050.

Buildings would be transitioned away from fossil fuels through increased efficiency targets for new buildings and deep efficiency retrofits of existing buildings, along with a sales standard requiring all new building equipment sales be fully electric by 2030 to shift gas heating and cooking equipment to highly efficient electric alternatives.

Colorado can lead the U.S on climate with the right next steps

Colorado is in an enviable position on climate policy. Plummeting clean energy prices, ambitious existing emissions reductions targets, and smart foundational policies mean it can move even further and lead the U.S. on climate action – with the right next steps.

As state leaders begin considering how to meet their decarbonization goals, tools like the Colorado EPS can demonstrate how comprehensive climate policies can cut emissions while strengthening the economy and improving public health.

Ambitious decarbonization of the state’s electricity, transportation, industry, building, and land-use sectors can help limit warming to 1.5 degrees Celsius while adding more than 20,000 new jobs and $3.5 billion in economic activity per year by 2030 - and up to 36,000 jobs and $7.5 billion annually by 2050.

It really seems like the more this can be hammered home (whether in CO or anywhere else), the more we can hope to see clean energy policies win bipartisan support