Climate policy, such that it is, has been focused on surface temperature.

Climate is the average of weather over time and space so, surface temperature and emissions are superficial constructs neither of which encompass the big picture which include, ranked in order of their importance, are heat, nutrients, oxygen and carbon dioxide. Which in the latter case is minutia.

The big picture, the heat, is reflected in the following graphic which represents the 6 petawatts  that migrate from the equator to the poles annually, in red, the 409 terawatts the oceans gained on average between 1991 and 2016 due to global warming in orange, and the 31 terawatts that can be extracted from the ocean in the form of work that can be consumed on the land in brown. 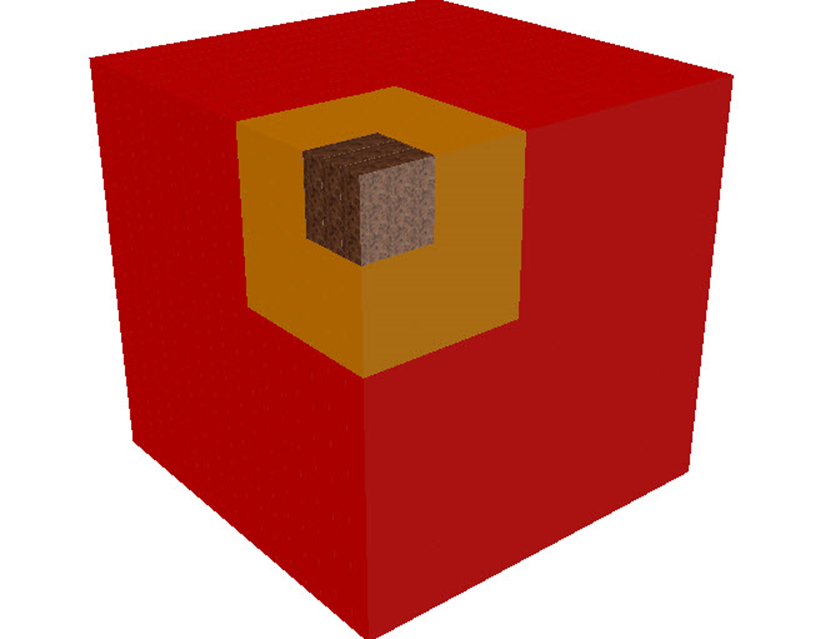 The minutia is the 416 parts per million (ppm) of carbon dioxide in the black box below, inside the one cubic meter grey box of atmosphere, and the 2-ppm red box representing the current annual accumulation of carbon dioxide. 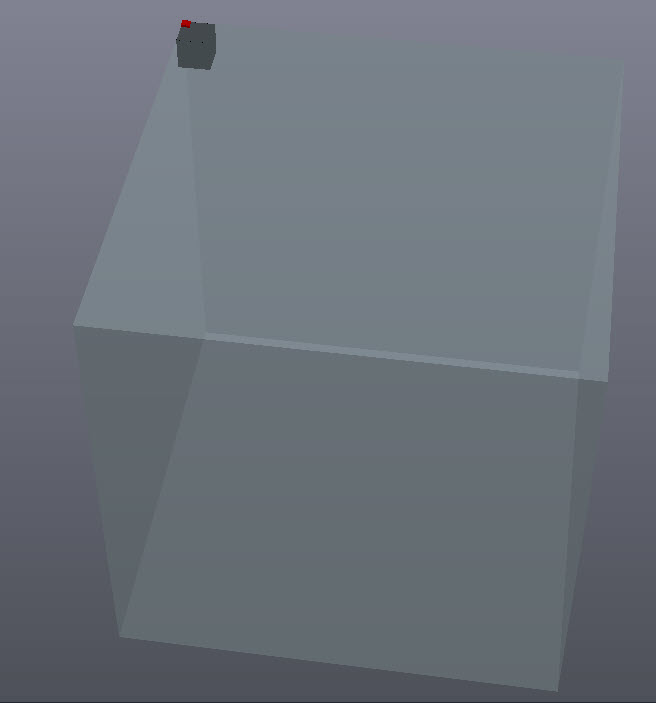 In between are the 209,460 ppm of oxygen in each cubic meter of the atmosphere and the 15 percent of the Earth's species that live in the ocean.

The October, 2014, RealClimate article, Ocean heat storage: a particularly lousy policy target + Update, claimed ocean heat content is extremely unresponsive to policy because it will continue to increase for at least a thousand years after we have reached zero emissions and that it is one of the most inert components of the climate system, second only to the huge ice sheets.

The heat has no direct relation to any climate impacts it was claimed, because it is highly concentrated at the surface. If this heat were evenly distributed over the entire global ocean, water temperatures would have warmed on average by less than 0.05 °C between 1970 and 2014 they point out. And such a “tiny” warming would have essentially zero impact.

It is better to measure surface temperatures rather than the whole ocean, they declared because of calibration issues. A 0.05 °C warming of the entire ocean between 1970 and 2014 is within the margin of error for the .7 °C surface warming that occurred between 1950 and 2014.

But two other physics facts germane to the problem of ocean heat were simply ignored and if we can’t get the physics right, climate will never be tamed. Let alone be turned to our advantage.

The third physics fact is that of the heat pipe. Which is a thermal transfer device capable of transferring heat and energy several hundred times faster than conventional methods by using the phase changes of a low-boiling-point working fluid.

And the fourth is the closed Brayton cycle whereby a gas is compressed, heat is input from a hot energy source like the ocean surface to turn a turbine to produce work, and the exhaust heat is output to a cold region like the tropical abyss at a depth of 1,000 meters.

With the aid of these two devices, the unmixed heat, nutrients, oxygen, and carbon dioxide of the tropical surface can be mixed, and the impact of global warming will become essentially zero. 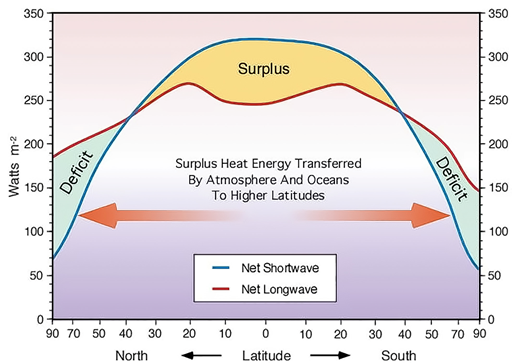 Ocean temperatures of at least 26.5 °C through a minimum depth of 50-meters are cyclone fuel so, a cubic meter of the tropical ocean surface contains at least 4900 watts of heat.

There are 7 seasonal, tropical cyclone basins per the following Wikipedia graphic.

About 20 of these become intense tropical cyclones, super typhoons, or major hurricanes that release around 600 terawatts of power compared to the 409 terawatts Resplandy et al estimated the oceans gained due to warming between 1991 and 2016.

It is wonder then that no less than Neil deGrasse Tyson: exerted scientists in a 2017 interview  to figure out how to turn hurricane energy into electricity. Which this “inventor” has done but is confronted by the same science and academia bias that was exhibited by Mr. deGrasse Tyson in the interview daily.

To be able to effectively harvest this resource, which covers most of the tropical ocean surface and mitigate warming in the process, a system must be mobile, which Thermodynamic Geoengineering platforms are.

The outcome of this mitigation is represented in the following graphic where 6 petawatts, less the 409 terawatts of warming, are shifted towards the pole where it is dissipated to space, 31 terawatts are removed from the ocean and are relocated to the land, and 409 minus 31 terawatts are shifted into deep water from where it diffuses back to the surface and can be recycled. 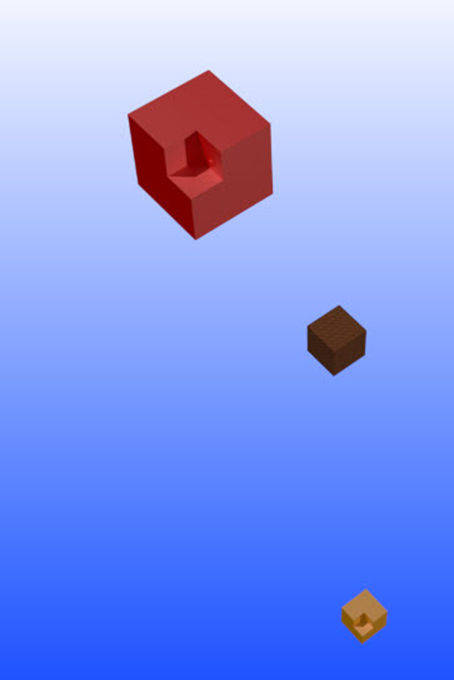 All of which are more than suitable policy targets that can be attained within policy-relevant time scales and are not only affordable, but they will also be profitable.

Whereas the following table from the paper A Superstructure Model for Integrated Deployment of Negative Emissions Technologies under Resource Constraints shows that the Negative Emission Technologies (NET), BioEnergy with Carbon Capture and Storage (BECCS), Afforestation and Reforestation  (AR),  Biochar,  Soil  Carbon  Sequestration  (SCS),  Direct  Air  Capture  (DAC),  and  Enhanced Weathering  (EW) are anything but.

It is clear also from the following picture of Climeworks, Orca, CO2 direct air capture plant, their land use is significantly greater than zero. 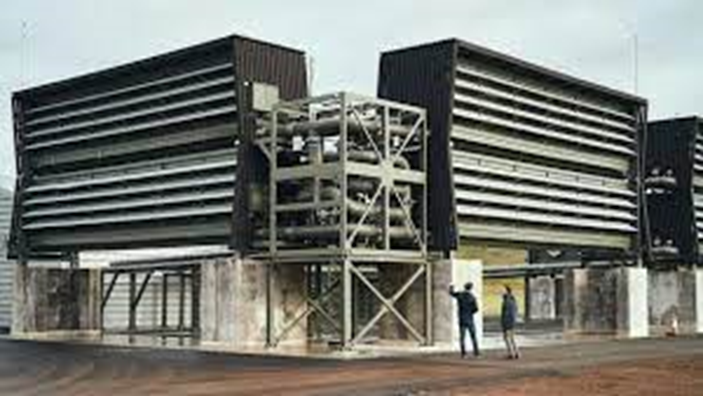 Thirty-one thousand Thermodynamic Geoengineering plants would utilize 21 billion tonnes of  carbon  dioxide to sequester 4.4 Gt CO2/y, cost USD $3.9 trillion/y, produce $8.4 in revenue for a net profit of $4.5 trillion a year, produce 978 EJ of energy/yr and use only .71 million hectares  of the ocean’s surface.

Climate policy focused on the minutiae of carbon and that punishes citizens with taxes is destined to fail.

A big picture climate policy that addresses ocean heat through the conversion of surface heat to work and moves the balance into work, provides jobs, livelihoods, taxes, profits, and global security.

It is a policymaker’s dream.

Until we get the physics right, sustainable energy, as well as effective climate policy, are an illusion.