WHAT IS CARBON NEUTRAL?

WHAT IS THE PROBLEM

The world’s biggest oil and gas firms are scrambling to rebrand themselves, and have created a whole new product to meet the reality of a more environmentally friendly market 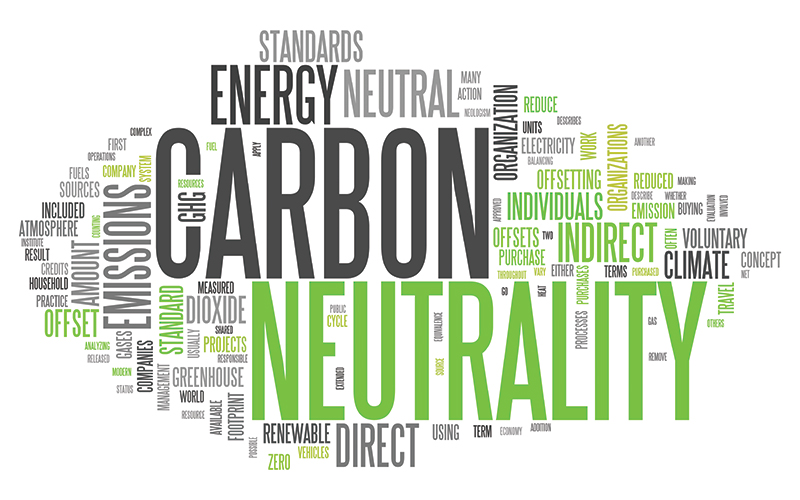 Carbon neutrality is a tough one. A lot of companies (not just oil & gas companies) are buying carbon credits, or are planning to buy credits, to offset their carbon footprint whether from hydrocarbon energy use or from their carbon input into a process or product. There are many products many would not suspect (anything made with carbon-based polymer) has a carbon footprint and therefore they can't avoid the use of carbon in making their product so they buy carbon credits to offset. Some call this greenwashing but isn't that what we want. A slow down in carbon emissions by all means possible. I guess green LNG is possible and shouldn't Shell be afforded the same opportunity to offset emissions as any other company.

Is carbon-neutral oil really possible? In a word, no.

"Carbon-neutral" (a.k.a. "net-zero", a.k.a. "not-zero") goals would be almost as effective as vacation offsets, where jet-setters are led to believe planting trees can reduce the net carbon emissions their international travel extravaganza will produce to less than the annual ones of a resident of Zimbabwe.

"Would be", because after the revelation Exxon-Mobil has been studiously denying climate change for 40 years, its industry's promises don't even pass muster among the liars at Sierra Club.

Carbon-neutral would be almost as effective as Carbon Capture and Sequestration (CCS), where oil companies pinky-promise they will collect, then tuck all of the CO2 their products emit thousands of feet underground in salt caverns (the Easter Bunny won't handle that responsibility, but the American Petroleum Institute had to draw the line somewhere).

They'll stay in those salt caverns until the end of time, so benign no one will even know they're there. That's the problem.

Given public recognition of the oil industry's lack of proficiency at anything but mendacity, the only thing we can expect to achieve net-zero status is the industry itself. To paraphrase political commentator Grover Norquist: "I don't want to abolish the oil industry. I just want to shrink it down to the size where we can drown it in a bathtub."

Investment in the global energy transition hit a new record and a major milestone in 2022. But there’s good news and bad news.
Why Grid Modernization is Essential to Decarbonization
Big Changes Afoot for Heat Pumps
News round-up, Monday, February 6, 2023