President Biden’s American Jobs Plan (AJP) echoes great past American ambition, like the New Deal and United States interstate highway system buildout, to supercharge the U.S. by investing in people and physical infrastructure. The AJP would position the U.S. for success in the 21st century by investing in inter-regional electric transmission and creating hundreds of thousands of jobs for the folks that build it, while providing cheaper, cleaner electricity and bolstering electricity system reliability.

High-voltage alternating current (AC) and direct current (DC) lines are used worldwide, but the U.S. is a laggard on installed miles and new technology relative to nations like China, except for a couple high-value underwater projects. Yet, the U.S. could generate economic benefits from investing in inter-regional transmission – especially DC lines. National Renewable Energy Laboratory (NREL) research estimates they could save customers billions in power costs.

A recent report from Americans for a Clean Energy Grid identified 22 shovel ready high-voltage transmission projects that could begin construction with the kind of policy support proposed by the AJP. They estimate this transmission investment would create around 600,000 jobs by itself, while the wind and solar deployment enabled by the lines would create an additional 640,000 jobs to total 1,240,000 jobs! These projects could also unlock around 60,000 megawatts (MWs) of new renewable capacity, increasing America’s wind and solar generation nearly 50% from current levels.

Learning from the past: Kennedy and the Pacific Interties

Reviewing the history of federal transmission co-investments with public and private partners backs up these extraordinary claims about the nation’s long-term economic health. The lesser-known California-Oregon Intertie (COI) and Pacific DC Intertie (PDCI) – massive AC and DC transmission lines connecting the Pacific Northwest with Southern California – stem from a federally driven partnership developed during the Kennedy administration (Congress authorized the Federal Aid Highway Act in 1956 and funded the interties in 1964).

According to President Kennedy, these projects would “plan for further national cooperative pooling of electric power, both public and private; and to enlarge such pooling as now exists.” Today these multi-hundred-mile transmission projects benefit the grid two main ways: First, they allow surplus clean energy from hydropower dams in the Northwest to flow to consumers in the South, reducing electricity costs for consumers on both ends. Second, these projects provide substantial reliability benefits by knitting together Western electric networks and allowing states to lean on each other in times of need. The Nevada-California section of the Pacific DC Intertie, c operated by the Los Angeles Department of Water and Power, provided 3 gigawatts (GWs) of assets during the August 2020 heat waves when local generation couldn’t run full tilt to meet all the extra electricity demand. 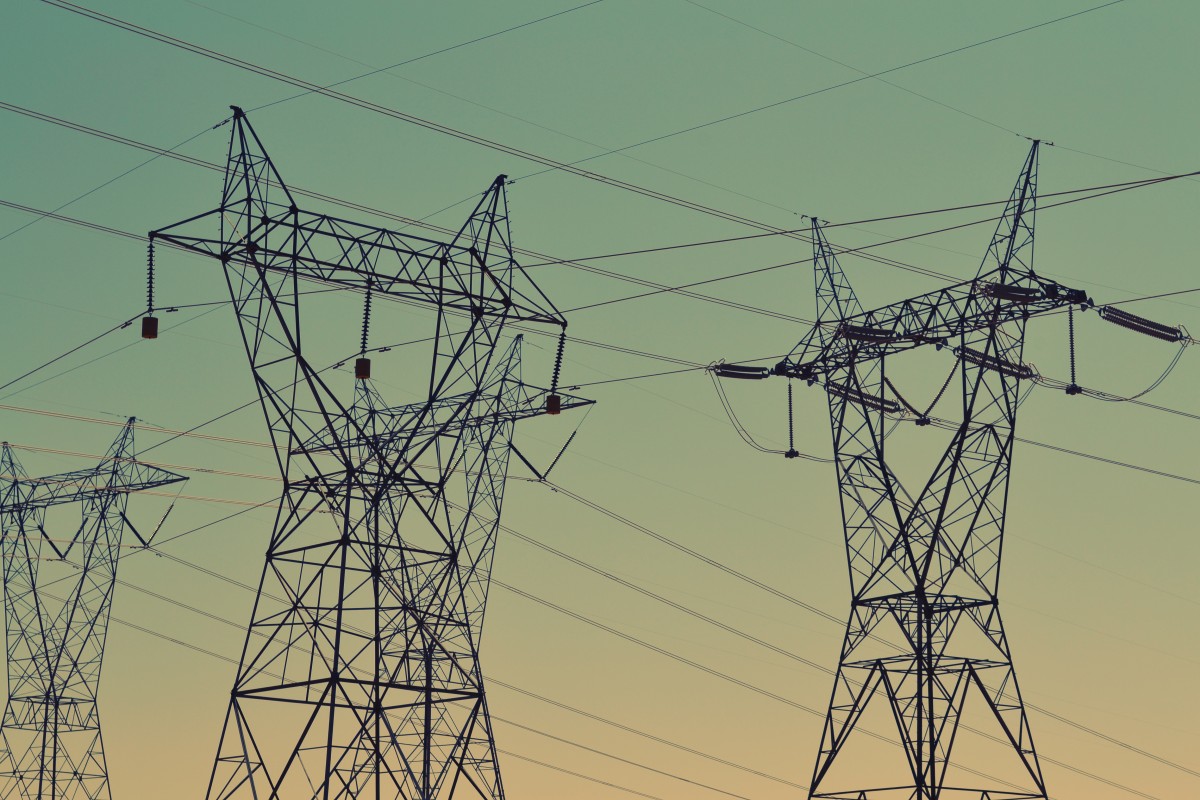 The 846-mile Pacific DC Intertie, stretching from near the Columbia river in Oregon to just north of Los Angeles, offers additional benefits by virtue of being a DC line. Over distances over 400-500 miles, these high voltage lines are more efficient and cost less than AC lines. The real advantage, however, is that power flow on the line is directly controllable, allowing imports from distant regions to support the grid even better than a local generator that could deliver the same MWs.

AC networks mostly manage flows throughout the whole system by turning generators up and down, which means operators cannot completely control exactly where and how power flows. Surplus electricity travels along every possible path to where it will be used, making the system very inefficient if it overloads some lines and disrupts the flow other generators, such as during the extreme heatwaves of August 2020. By contrast, DC lines like the PCDI offer an extremely valuable direct “backbone” for the continental scale electricity grid.

When President Kennedy authorized these infrastructure projects, high voltage DC lines were a new technology with a core U.S.-Sweden collaboration. The 1989 PDCI upgrade from 1 GW to 3 GW endorsed the value of this technological choice and involved further innovation in the field. The PDCI, however, was a starting point and inspirational example, and should not be a one-off. Federal support is essential to continuing this legacy, and we must make DC a full part of the national development strategy as proposed by President Biden’s AJP.

Dozens of immediate opportunities exist to promote DC network development across the country, but time is of the essence. And these are not just make-work projects to create millions of jobs, investing in inter-regional transmission is a no-regrets strategy creating positive cost benefit ratios under all conceivable scenarios.

The benefits of interregional transmission are also multiplied as we clean up the grid’s generation mix with clean energy. NREL’s October 2020 “Interconnections Seam Study,” looking at the cost and benefits of various design configurations of long high-voltage AC and DC lines, found they would create billions in savings.

These interregional overlay designs would allow the continental U.S. to share energy resources just like the PDCI currently helps states on the Pacific coast. With conservative assumptions about the future evolution of the grid, modelled designs provided billions in net benefits. With the kind of aggressive deployment of wind and solar required to meet U.S. climate goals in line with the Paris Agreement, these designs delivered tens of billions in net savings. This type of overlay would be the type of wise investment the AJP would stimulate, providing new jobs, lower energy costs, and healthier air.

New interregional lines can also maintain electricity reliability during extreme weather. In their May 2021 “The February Artic Event” report, the Midcontinent Independent System Operator (MISO) reported that weather was a “significant factor impacting supply, with approximately 40% of installed resources unavailable at one point.“ MISO had to request emergency load reductions of multiple instances in various regions for a few hours at a time.

Nevertheless, MISO could have used more transmission during this event, stating: “The MISO region had adequate supply during the Arctic Event, but transmission constraints, including overloaded lines and the Regional Dispatch Transfer Limits, hindered the ability to move energy to the specific areas where it was needed.” While the impact of Artic weather may have looked like a uniform purple blob, the precise timing of weather events and generation deficiency varies from place to place, super-charging the value of transmission.

These benefits would be magnified in a future with much more wind and solar. In a winter storm, instead of fossil plants offline for multiple hours or days, variable wind and solar generation challenge grid operators for shorter windows. These windows happen at different times in ERCOT, SPP, and MISO, so renewable resources available across these three regions can support each other during extreme weather through sufficient transmission.

With the AJP we can still invest in big things

Despite these benefits, inter-regional transmission has been hard to build. Regional transmission owners are all too happy investing more in their own systems, where they can capture the benefits with guaranteed returns, but calculating and allocating costs and benefits across regions is much more challenging. Any single jurisdiction opposing a project can easily sink years of coordination and planning work – even if the aggregate effect of this tunnel vision harms everyone.

Previous federal efforts aimed at stimulating interregional transmission investment like FERC Order 1000 have unfortunately not been up to the task. Meanwhile, clean energy benefits are slipping through states’ fingers. FERC should re-examine its positions on the matter, but any effort they undertake would be greatly improved with Congressional support – another highly valuable opportunity for the AJP to improve U.S. grid policy.

The AJP provides important support for grid investments to move cheaper, cleaner electricity from where it is generated to where it is needed most. It starts with the creation of a targeted investment tax credit that incentivizes the buildout of at least 20 gigawatts of high-voltage power lines and immediately mobilizes tens of billions in private capital. President Biden’s plan also establishes a new Grid Deployment Authority at the U.S. Department of Energy (DOE) allowing construction along existing rights-of-way along roads and railways and supporting creative financing tools to spur additional high priority, high-voltage transmission lines.

When DOE recently announced funding mechanisms to spur transmission projects, Secretary Granholm said “this is a down payment on our efforts to modernize our transmission nationwide—but we need the American Jobs Plan to complete them.”