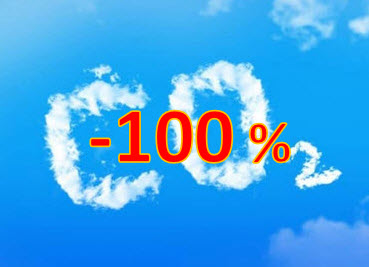 "Solving climate change would be "the most amazing thing humanity has ever done", Bill Gates said in a recent BBC interview.

"We've never made a transition like we're talking about doing in the next 30 years. There is no precedent for this," he says.

"Fifty-one billion is how many tonnes of greenhouse gases the world typically adds to the atmosphere each year" and "net zero is where we need to get to", he points out.

“Renewable sources like wind and solar can help us decarbonize electricity but, that's less than 30% of total emissions,” he acknowledges. But, “we are also going to have to decarbonize the other 70% of the world economy - steel, cement, transport systems, fertilizer production and much, much more,” he warns.

In a Fortune interview related to his new book, How to Avoid a Climate Disaster, Mr. Gates says, “There are only three ways to solve the electric grid problem: one is a miracle in storage, the second is nuclear fission, and the third is nuclear fusion. Those are the only possibilities.”

So, what would a miracle in storage look like?

The genius of Elon Musk is that he was able to, “think of clever ways to take materials and combine them into the shape of a battery cell, and you can have batteries that are much, much cheaper than anyone realizes.”

Per this spreadsheet, Thermodynamic Geoengineering (TG) is able to do the same with the largest battery on the planet, the stratified tropical ocean, to produce twice as much energy as is currently being derived fossil fuels at a cost of  $ 0.029577284/Kw/hr in a hydrogen configuration or $0.019204191/Kw/hr for straight electricity generation.

Which compares to the DOE's SunShot for 2030 of solar $0.03 per kWh for utility-scale power production and concentrating solar power of $0.05 per kWh. And to the average price for a residential customer in the United States for electricity, which is 13.31 cents per kWh.

As to fission and fusion, particularly in the quantities necessary to meet the UN’s sustainable energy goals,  as shown here, it takes only 18 years for the growth of the  waste heat of these technologies to double so, in 118 years at an energy growth rate of 4  percent we will be experiencing as much warming from waste heat as we are experiencing today as a consequence of global warming.

Per the following screenshot of the TG system, as a straight carbon free  electricity generator, these islands provide 35,352 sq meters of ocean surfaces on which to decarbonize 70 of the global economy by  smelting aluminum and steel, produce cement and fertilizer etc. with 116,000-250 MW plants. 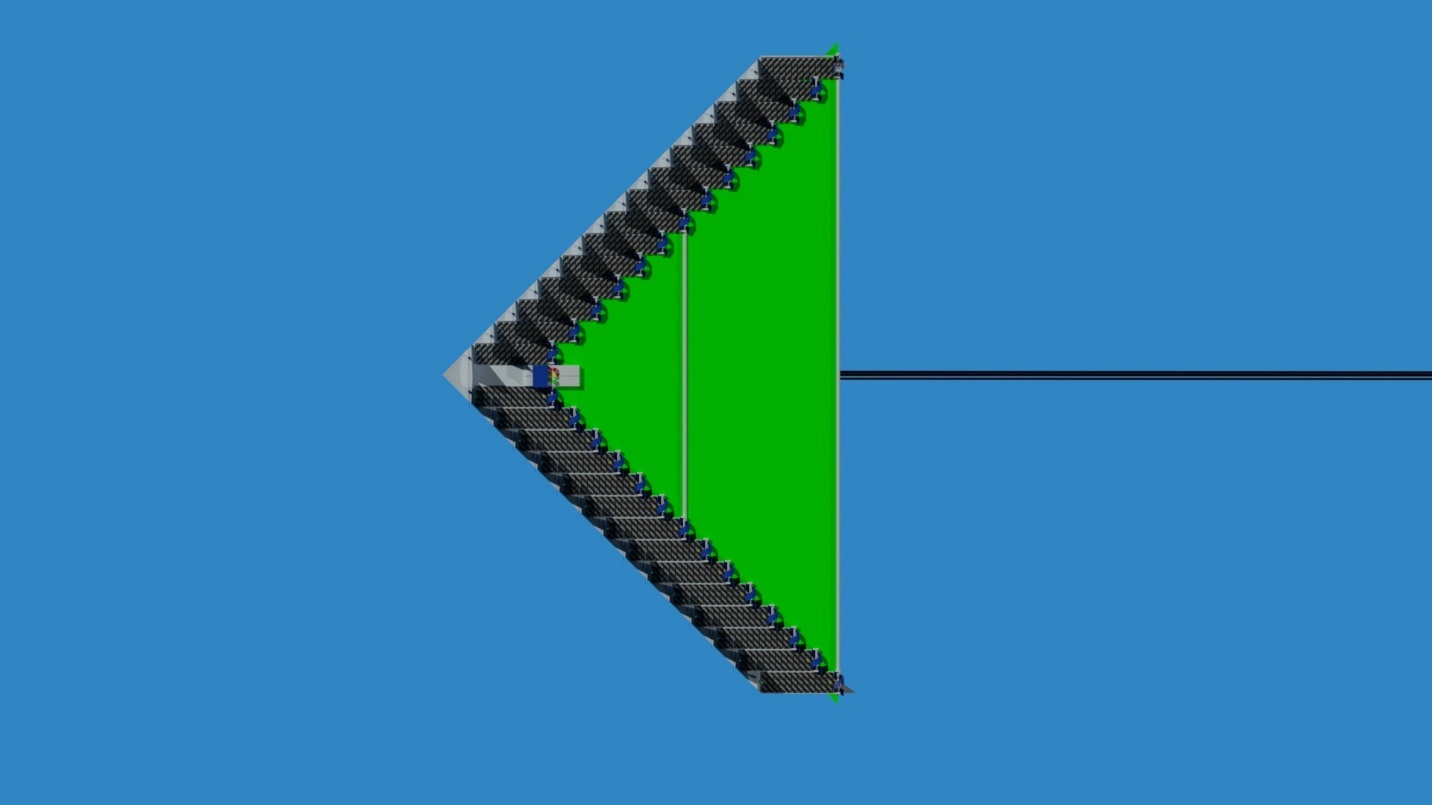 The impetus for the movement of water through the heat exchanges is a pair of impellers situated at the bottom apex of the island like the ABB Azipod Electric Thruster below and by spinnakers filled by the Trade Winds when the island is moving down wind. 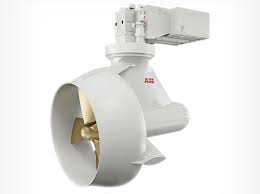 The electric power for the thrusters is derived from wave amplifiers, solar panels and by horizontal windmills when the island is moving upwind harvesting surface heat to produce OTEC power.

CarbonBrief and recent events in Texas, California and Puerto Rico demonstrate the vulnerability of the existing electric grids to the vagaries of nature and to escalating climate temperatures. All of which would be mitigated by a hydrogen grid and the reduced surface temperatures and other environmental benefits  afforded by TG. Which would be about 50 percent more expensive than the TG electricity grid.

This link is to a video that demonstrates the system in greater detail.

As Mr. Gates suggests in the BBC article, "Business just can't change all that physical infrastructure unless the market signals are constant and very clear." And in a Financial Post article of Feb 23 he extols a  Green Premiums, which is the differences in cost between a fossil-fuel-based way of doing something and the clean, non-emitting way of doing the same thing. Which he says is about 15 per cent over current retail rates of electricity. Whereas, shown here,  even for hydrogen, TG meets the DOE’s SunShot for 2030  solar goal of $0.03 per kWh.

As one of the four areas where companies can make a practical difference, Mr. Gates notes, “Investors, for instance, can lower the cost of capital for these technologies and make financing easier for them as they get to large-scale demonstration projects.”

Mr. Gates fantasizes that if Edison came back, he would look at our batteries and say, ‘Wow. These batteries are about four times better than my lead acid batteries. Good job.’

But Edison couldn’t have imagined, and he ignores the fact that the oceans are the greatest untapped batteries on the planet.

They are a perpetual motion machine driven by gravity as freezing, salty, water sinks into deep water at the poles and by the pull of that water being warmed at the equator where it rises and moves poleward.

Gates says, the world typically adds fifty-one billion tonnes of greenhouse gases to atmosphere every year. Whereas Elon Musk says, “The world's leading scientists estimate that we may need to remove as much as 6 gigatons of CO2 per year by 2030, and 10 gigatons per year by 2050 to avoid the worst effects of climate change.” And Mr. Musk is putting up $100 million of his money aimed at “tackling the biggest threat facing humanity — fighting climate change and rebalancing Earth’s carbon cycle.”

It is estimated we have emitted 1700 Gt CO2 into the global system over the course of the last 241 years. Or about 7.05 gigatons a year.

Gay-Lussac's and Charles’ Laws say that pressure and volume are directly proportional to absolute temperature. Instead of the closed container or pistons they used in their experiments, we have the atmosphere/ocean interface through which CO2 moves depending on the change of the temperature at the surface.

In the paper Negative-CO2-emissions ocean thermal energy conversion it is pointed out, for each gigawatt (GW) of continuous electric power generated over one year by the preceding negative-emissions OTEC (NEOTEC), roughly 13 GW of surface ocean heat would be directly removed to deep water.

Cooling the surface by .005 C a year for the next 241 years gets us back to 280 ppm and removes the 7 Gt of CO2 the XPrize calls for. With the bonus of producing twice the energy we are currently getting from fossil fuels. And this is accomplished at no additional cost for carbon removal.

In about 226 years, however, the heat and CO2 sequestered returns and both continue to rise unless we recycle both for another 226 years and produce another 7.6 percent tranche of much needed work until all of the heat of warming has been converted and dissipated to space and all of the excess CO2  has been dissipated over the course of about 3,000 years.

The Decarbonization XPrize, however, is nothing compared to the $170tn of private capital Mark Carney claims "is looking for disclosure”: being put to work addressing the dual global warming and sustainable energy problems?

Forget about a Green Premium, we are missing out on the trillions of dollars of pure profit to be made solving climate change and the most amazing opportunity humanity has ever seen.