"New York’s in-state electricity generation was 46 percent higher per unit of energy in its first full month after the closure of Indian Point Nuclear Plant, compared to before the shutdown began, according to a new Environmental Progress analysis. The state also emitted 37 percent more carbon dioxide from electricity generation on an absolute basis. 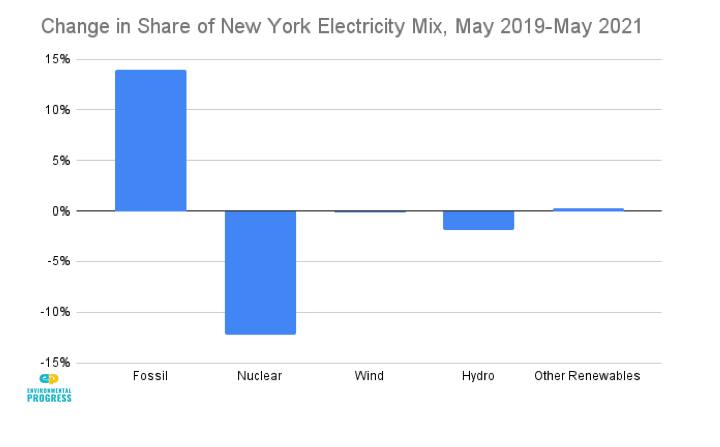 Enlightening though obvious if the state wasn't prepared with renewables when it shut down its nuclear plants. It seems that as nuclear has a renaissance in other parts of the the world, the U.S. continues to pull back its own resources. To me, these numbers show there is more pressure to shut down nuclear in the U.S. than there is to build renewables.

"To me, these numbers show there is more pressure to shut down nuclear in the U.S. than there is to build renewables. "

I agree, Christopher. There are tens of $millions in natural gas influence being spent in state governments to keep the pressure on.

New York will be following in California's footsteps: after promising it would be replaced with renewables in 2012, California's corrupt Public Utility Commission replaced San Onofre with imported coal and gas-fired electricity, hidden behind the label of "unspecified sources of power". Thereafter it was gradually replaced by in-state gas generation (up 34% in 2013).

This chart from Southern California Edison says it all: 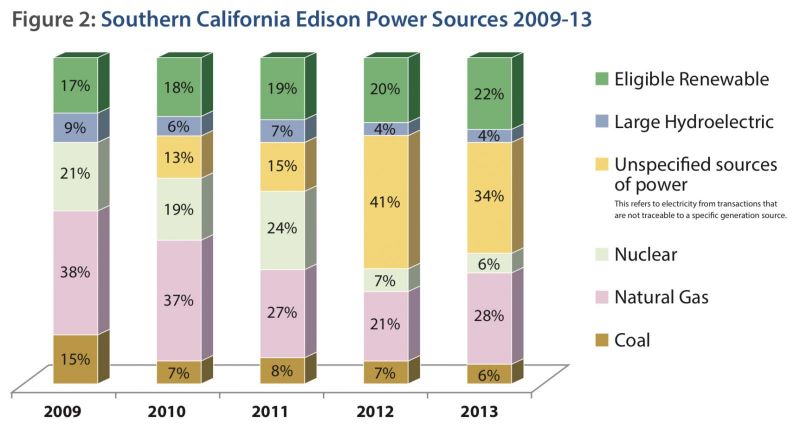 The direction of energy policy is not determined by public opinion or in state legislatures anyway, but in the boardrooms of Shell, Chevron, and BP - and for oil majors there was no doubt how to proceed. If nuclear has the potential to put them out of business and renewables will guarantee them an unlimited future, what's to decide?