Lili Francklyn has worked in renewable energy, utility and climate-related marketing communications positions for over ten years. She is currently Editor of the Microgrid News at HOMER Energy by...

Maui Brewing Company, Hawaii’s largest craft brewery, produces over 55,000 barrels of beer each year. Garrett Marrero, who co-founded the brewery with his wife Melanie Oxley in 2005, has always been an advocate for energy efficiency and renewable energy. He installed a solar lighting system in the parking lot himself and says that the company’s renewable energy goals are just “right for the environment.”  But they are also part of a strategy to reduce the high cost of electricity - particularly demand charges - that were often topping $50,000 per month.
In an effort to meet its ambitious environmental goals, Maui Brewing Company has commissioned a hybrid renewable system that makes it “grid independent,” meaning that the system can operate without any grid electricity for the vast majority of the time, and it will not feed power back to the main utility grid. The brewery is connected to the main electric grid in the event of the need for backup power, or during poor solar production days; however, it is also capable of “islanding,” or shutting itself off from the grid indefinitely.

The new microgrid, with its large solar+storage and generator investment, is also a hedge against future utility price increases. Marrero says that stable electricity costs will give the brewery a competitive advantage and help ensure profitability.

Because of the island’s unique geography, Hawaii energy consumers pay some of the highest electricity rates in the United States. Hawaii’s commercial electricity rates average 34.88¢/kWh, which ranks the state first in the nation for electricity costs. That’s 246% greater than the US national average commercial rate of 10.09¢/kWh. These rates reflect the cost of expensive imported fossil fuels (mainly petroleum).

In recent years, Hawaii has moved aggressively to replace fossil-fuel generated electricity with renewables, and as a result has emerged as a US leader in renewable technology and utility policy. Hawaii now gets 33 percent of its electricity from rooftop solar, and its electric utilities have developed over 60 utility-scale renewable energy projects that contribute power to the grid. The state has a goal of reaching 100% renewable energy by 2045. 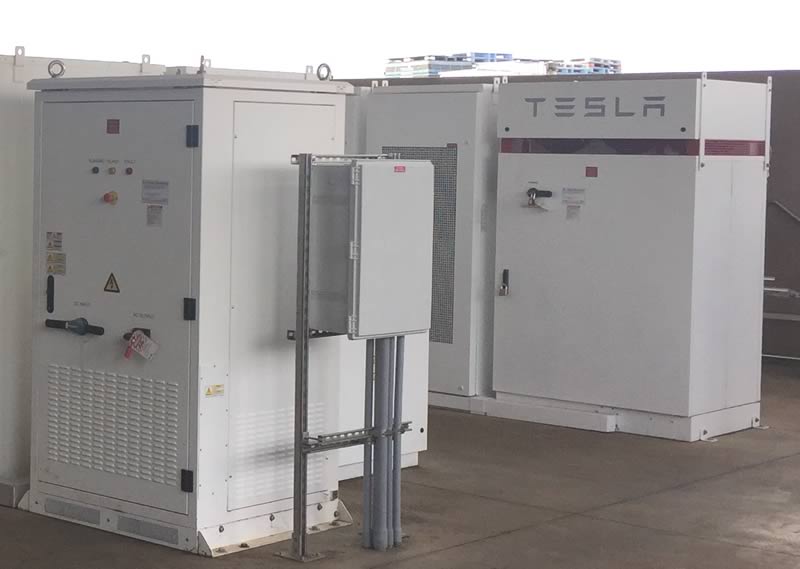 Maui Brewing Company has commissioned the third and final phase of its new $7 million hybrid renewable energy system. The company’s microgrid includes a massive rooftop PV array, slightly under a megawatt; three Tesla battery storage systems for a total of 3 MWh of storage; and two Cummins 275 kW Tier 4-compliant generators that run on biodiesel. “It is of paramount importance to the owner that the brewery be able to operate entirely on renewable energy,” says Steve Hogge, CEO of the California engineering company ZeroBase Energy, which designed and built the system. ZeroBase conducted multiple interconnection studies to evaluate the practicality of going off the grid completely, Hogge says, “But for reliability we decided that a grid-tied system with the ability to operate independently was the best option." The system will ultimately be 100 percent renewable.

ZeroBase Energy used the HOMER Pro microgrid design and optimization software in the pre-feasibility phase of the project to size the system and its individual components, determine the optimal battery configuration, and understand the role the generators would play in dispatching power at the necessary time. 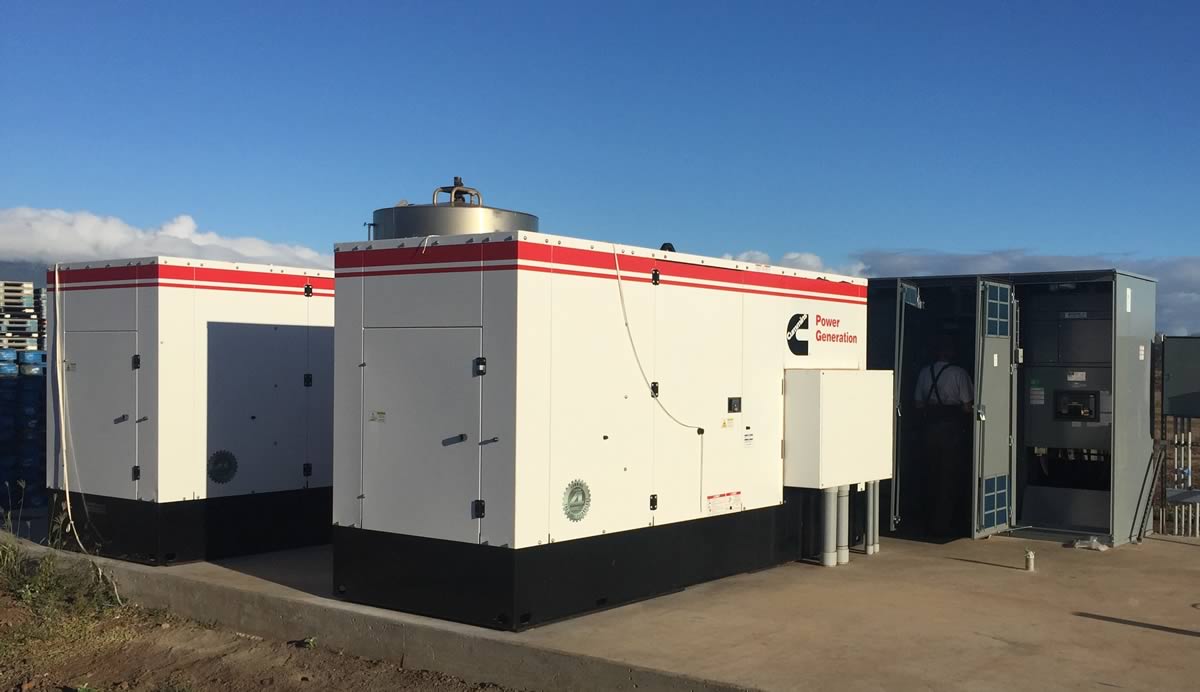 What’s somewhat unusual about the Maui Brewing Co. project is that the engineering company will also be using HOMER Pro to follow the operation of the plant, track its performance, and see how it measures up to scenarios that were modeled originally. Using HOMER Pro on an ongoing basis will allow Maui Brewing Company to identify new opportunities for efficiency and cost savings.

Maui Brewing Company is growing, steadily increasing its beer production and adding sodas, spirits, seltzers, and other craft beverages to its product line. That means the electric load is also growing; it is currently about 30 percent larger than the original system that was modeled by HOMER Pro in 2017. However, the new hybrid renewable microgrid system was designed to be scalable. 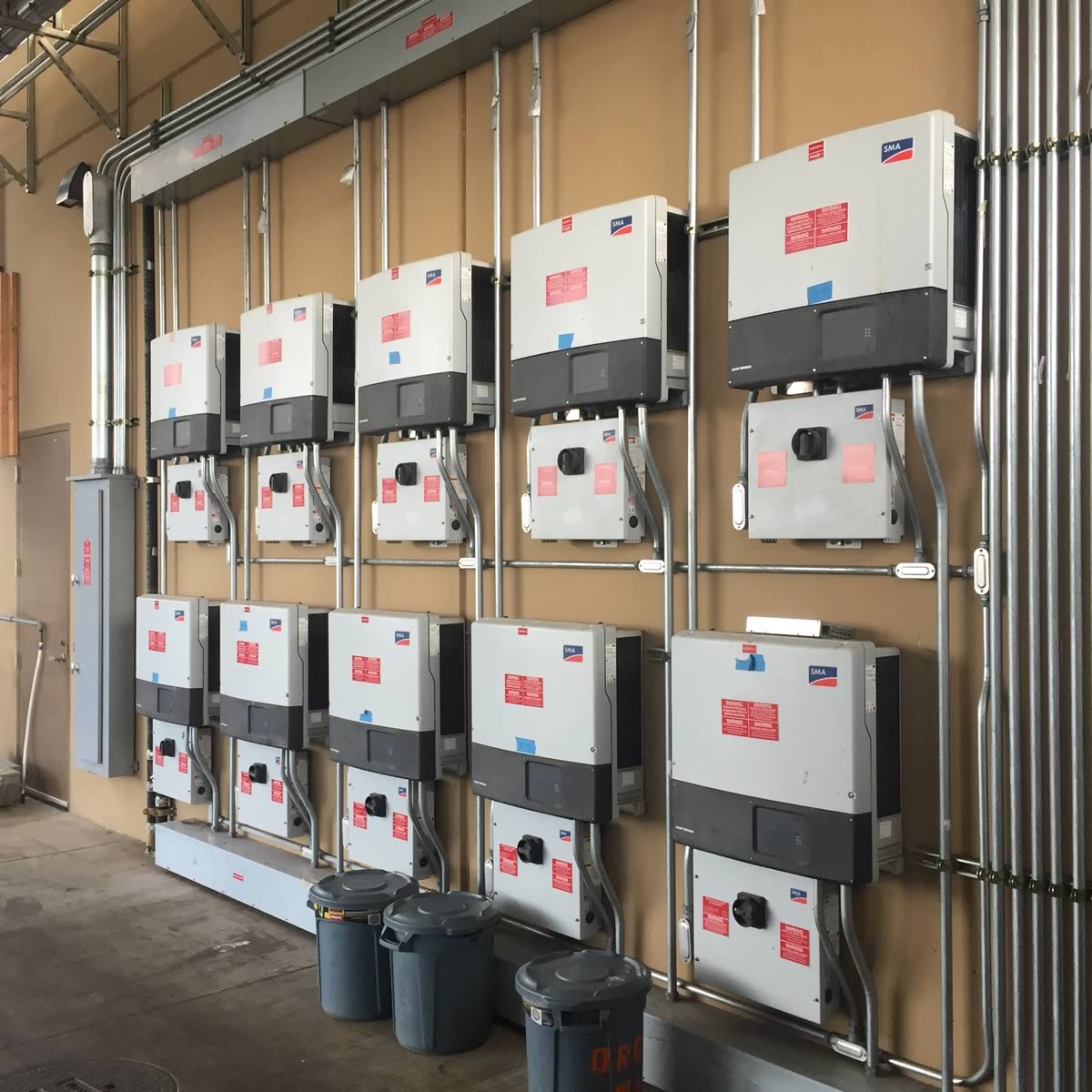 While there’s no more room for rooftop PV on the 80,000 square foot Maui Brewing Company building, there is room to expand the contribution from lithium-ion batteries and biodiesel-fueled generators. Dr. Jamie Trahan, ZeroBase Energy’s Director of Engineering, explains that there are certain “high-demand days” when most compressors and chillers are running, and that generally the load increases early in the morning, cycles normally during the day, and then peaks in the afternoon. “We are able to shave most of the peaks with the solar, but we need to discharge batteries in late afternoon,” she says. Trahan explains that the ultimate intent is to charge the batteries only from PV, or the generators if necessary, and never from the grid.

The way in which these resources are dispatched to meet the electric load of the plant is through the microgrid controller, which was developed by ELM Fieldsight, a Texas based microgrid controls company, and modeled by ZeroBase Energy in HOMER Pro, using Mat Lab. HOMER Pro’s MATLAB Module allows users to code their dispatch strategy and algorithm in MATLAB, which is integrated with HOMER Pro. In the case of Maui Brewing, the dispatch strategy relies on adjusting the controller’s demand management and peak shaving setpoints based on models of PV production, the Maui Brewing Company’s actual and predicted demand and the battery system’s State of Charge, and requires that the plant loads are powered from the solar system any time there is a solar resource.  Excess solar is then stored in the battery system, and the generators are then flexed to manage grid imports below specified levels.

Hogge explains that Maui Brewing Company has stringent requirements from the utility in terms of any excess energy exports to the grid. If the PV system is overproducing, it can only export electricity to the main grid “inadvertently” for a maximum of :30 seconds. That means that the microgrid control system must constantly monitor the electric load and PV production, and respond within seconds to curtail any excess production. It will also manage the other generation facility resources, the battery storage system and generators to keep grid imports below specified levels to minimize demand charges

Hogge predicts that – assuming the past electricity charges of $50,000 per month, and considering recent increases in electric load – the new microgrid should ultimately help Maui Brewing Company save about three hundred thousand dollars per year, or half of its energy costs.

It makes perfect sense that something like this would take hold in Hawaii first-- as you said, it's geography sets the state up for unique challenges in the sector.

Hogge predicts that – assuming the past electricity charges of $50,000 per month, and considering recent increases in electric load – the new microgrid should ultimately help Maui Brewing Company save about three hundred thousand dollars per year, or half of its energy costs.

This seems like a sound model that should make investing an easy decision. I have a question towards the stride to 100% renewable though-- obviously the brewery isn't operating completely off the grid all the time so there's still some level of grid-tied energy costs they're paying. Do you have an estimate for what portion of energy needs are coming from the solar installation and how that portion may grow as they expand?

Hi Matt,
Maui Brewing is aiming to be "grid independent" ultimately, and that means 100% renewable because the generators are fueled with biodiesel. They are grid-tied for backup primarily, at the advice of the engineering company that designed the system.

Makes sense-- it'd be an interesting case study to see over the course of a year how many times that backup gets tapped into.

How does Maui Brewing Company verify the diesel fuel they receive from an outside vendor doesn't come from a gas station?

Bob,
When you say that diesel made from fossil fuels is more "cost-effective" you (and the industry) are not counting the external costs - of climate change, wars in the Middle East, health-related pollution and so on. One could argue that given those external costs, diesel made from fossil fuels is far more expensive.
Also professional-grade biodisel is made from soybeans and other crops, not restaurant waste. It has fuel quality certifications just like gasonline and diesel, and is tested and certified.