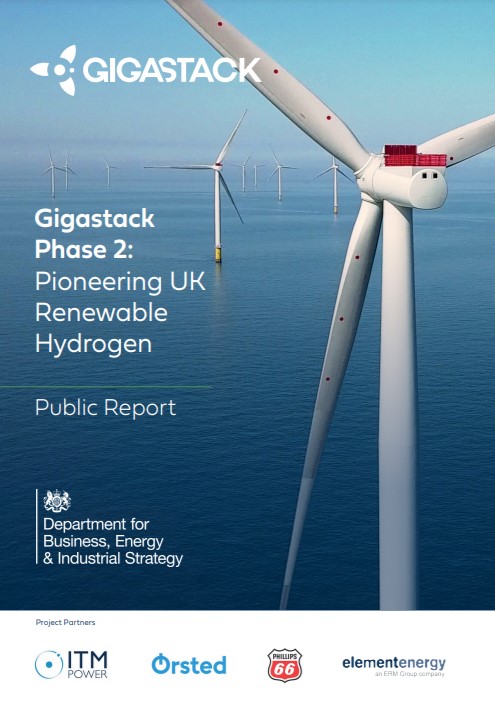 Through Gigastack Phase 2, BEIS has funded two tracks of work to accelerate the expansion of the UK’s renewable hydrogen sector by taking feasibility stage concepts through to a preliminary design for a 100MWe-scale electrolyser system which will use renewable power from Hornsea Two – the world’s largest offshore windfarm – and provide renewable hydrogen to Phillips 66 Limited’s Humber Refinery to replace refinery fuel gas within industrial-scale fired heaters: 1) Under Gigastack BEIS funding, ITM Power has progressed its next generation of electrolyser technology and production processes. Separately, ITM Power has also moved into its new Gigafactory in Bessemer Park, Sheffield, now the world’s largest electrolyser production facility.

These milestones represent a step-change in ambition and capacity which should enable a 40% reduction in costs for electrolyser stacks over the next three years. 2) Ørsted and Phillips 66 Limited have (i) developed the technical design for an industryscale renewable hydrogen facility in Immingham, (ii) explored the current policy and regulatory landscape, (iii) identified barriers to developing industrial-scale renewable hydrogen production facilities, with potential solutions identified and (iv) developed a business case to map a pathway to an investable proposition.

The levelised cost of hydrogen (LCOH) was calculated at £7.93/kgH2 in the base case and between £5.11- 5.44/kgH2 in the low-cost case for this first-of-a-kind project. Gigastack will help to realise further cost reductions over the coming decade, with costs estimated to fall by around 47% to £2.80/kgH2 by 2030 for Nth-of-a-kind deployments. As a result of this funding, the Gigastack consortium has identified a pathway to a final investment decision by Q2 2023 and a commercial operating date by the end of 2025, subject to a supportive policy environment.

Gigastack will support the decarbonisation 1 BEIS, Low Carbon Hydrogen Supply Competition, 2020 3 Executive Summary Gigastack | Phase 2 Public Report of the Humber region for sectors in which emissions cannot be reduced through direct electrification. Specifically, renewable hydrogen from the Gigastack facility will directly replace hydrocarbon-based fuels currently used in the Phillips 66 Limited Humber Refinery’s industrial scale fired heaters. Renewable hydrogen is a key part of the industrial decarbonisation steps identified by Phillips 66 Limited at the Humber Refinery, under its “Refinery of the Future2 ” strategy. Subsequent expansion phases could then decarbonise other areas of the Humber Refinery, such as production of speciality graphite coke for electric vehicle batteries, as well as other sectors in the Humber region.

The Gigastack programme will send a strong signal to the UK manufacturing supply chain, stimulate UK-based jobs and act as a catalyst to the UK Government’s ambition to deliver jobs and growth in order to ‘build back better’ in the recovery from the COVID-19 pandemic. Gigastack has already helped create more than 100 jobs at ITM Power’s Gigafactory and this initial 100MWe is projected to create an additional 180 jobs, predominantly focussed on equipment maintenance. An expansion to 1GWe by 2030 could contribute up to £2.5bn GVA and 1,700 permanent jobs to Immingham’s local economy through kickstarting a local hydrogen supply chain, including one of the UK’s first Gigafactories.

This ambition aligns with the UK Government’s (i) hydrogen production targets of 1GWth by 2025 and 5GWth by 2030 in the “Ten Point Plan for a Green Industrial Revolution3”, (ii) electrolyser specific support of up to 500MWe by 2024 in the “Net Zero Strategy: Build Back Greener4 ” report and (iii) “Levelling Up” agenda with investment in the Humber region. It is vital that the UK Government sends a strong signal of support to the renewable hydrogen sector to bring forward the opportunities to create jobs and supply chain benefits to the UK, enable system integration and decarbonise the Humber. The Gigastack consortium looks forward to continuing work with the UK Government from the end of Phase 2 to (i) secure support, both operational and development, and (ii) agree binding industry specific deployment targets for renewable hydrogen. 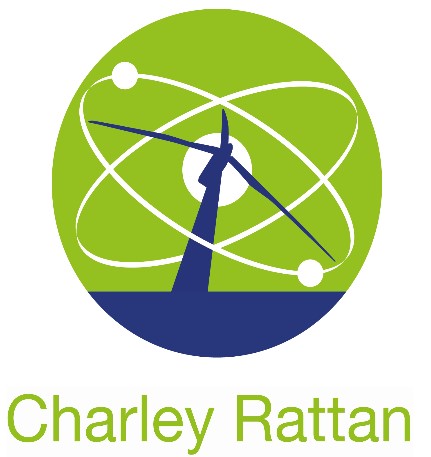 Matt commented on ...
Wind and solar generated more electricity than gas or coal in the EU in 2022
The pivot point is upon us, that seems clear
Energy Central Jobs
Featured Jobs
More Jobs