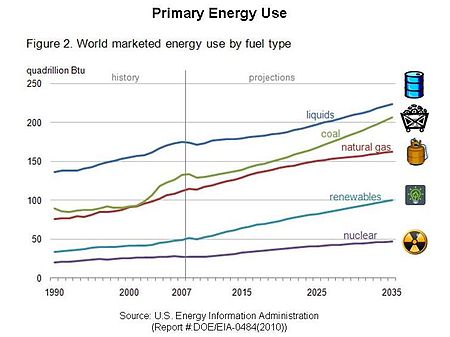 The New York Times drew attention to the decarbonizing challenge:  “Even with the impressive recent gains for renewable energy, the world is still far from solving global warming……One reason: carbon-free sources like wind, solar and nuclear power aren’t yet growing fast enough to keep up with rising global energy demand…….global coal consumption could stay flat for decades……the average coal plant in Asia is less than 15 years old (compared to about 41 years in the United States)”.

The 1980 USDOE report (DOE/PE-0020), “Low Energy Futures for the United States” painted a cheery picture, where “efficiency improvements provide primary fuel savings that more than offset the growth in the demand for energy services”.  To move toward this system-balanced future, efficiency programs were established across the US in the 1980’s.  Despite significant funding, these programs have never produced enough efficiency to offset demand growth.

Renewable energy is the most visible option for decarbonizing the energy system, as it claims a steadily increasing percentage of new electricity generating capacity.  Solar and wind farms are becoming larger and more common.  Rooftop solar is growing sharply as global competition drives cost down.  Despite this popularity, solar and wind supply less than 4% of the world’s energy.  Drawn to the photogenic success, many are not aware of the 2017 reminder from Solar Daily: “expansion of renewable energy cannot by itself stave off catastrophic climate change”.

The need to go beyond renewable energy points to the less glamorous task of decarbonizing the energy used for maintaining comfort in homes. 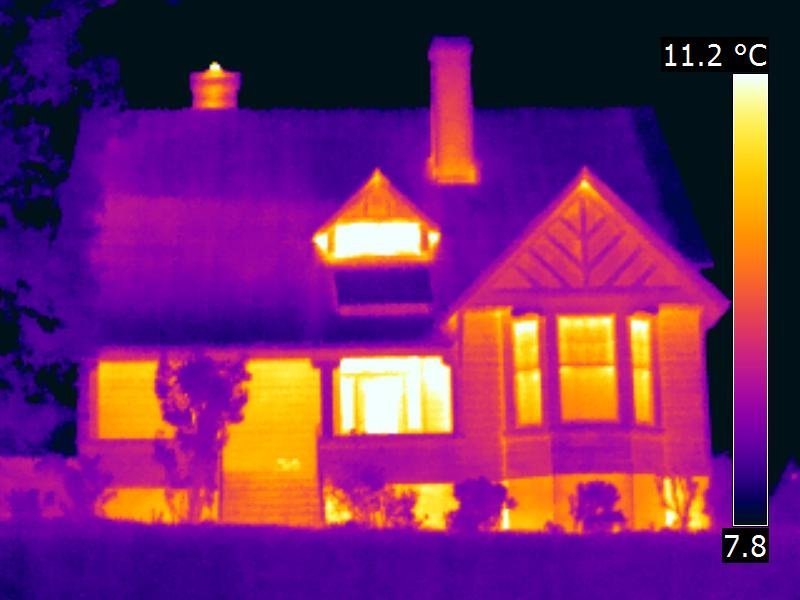 Most interior space is surrounded by thermal defects such as lumber, pipes, electrical boxes, ducts, doors and windows.  This is like wearing a flannel shirt when you need a parka.  Thermal leakage has become an accepted feature in the residential sector.  Once the thermostat is set, few think about the effectiveness of their home’s thermal shell.

A continuous thermal seal permanently reduces a home’s propensity to consume space conditioning energy.  Unlike other types of efficiency, the effectiveness of thermal efficiency can be measured with performance scoring systems.

One such system is the RESNET HERS index, which has been used for post-construction evaluation on more than 2 million homes.  With HERS, demand reduction can be monetized over the life of the home.  At the right price, energy suppliers can find enough value to invest in thermal retrofits.

Despite hundreds of US efficiency programs, every type of residential demand is projected to rise.  The ability to measure the impact of a thermal retrofit creates a mechanism to change the trend of heat/cool consumption.

With unemployment soaring and the public sector over-stretched, utilities should consider an option to buy demand reduction from local contractors rather than more energy.  By rethinking this pattern of waste, communities can help themselves by creating unsubsidized jobs.

Factor in the expected rise in temperatures and prevalence of heat waves, and it becomes an even more important factor in the residential energy use space.

A continuous thermal seal permanently reduces a home’s propensity to consume space conditioning energy.  Unlike other types of efficiency, the effectiveness of thermal efficiency can be measured with performance scoring systems.

What exactly is the continuous seal, and is it actually providing a permanent solution? Or will it be the type of thing that might need to be 'redone' every so often (even if that's every 10 years, for example).

A continuous thermal seal can be created with commercially available products such as rigid insulation and spray foam.  A thermal system is installed with full protection from outside, and should perform without any deterioration for the life of the home.

You have to ve very careful when you just focus on 1 parameter like decarbonization. Many that want Nuclear put a big empahases on the no carbon but doesn't mention the mining, processing ,trandportation of the uranium fuel. They miss the high cist.

With Natural Gas they miss that the US hit peak NG in 2004 and most comes from Fracking now. It also is not clean or low cost.

Only Renewables like Solar PV, Wind and Hydro are carbon free, renewable and low cost. They are also fast to install and get on line with no fuel or water required. They can be located right where they are needed.

My article doesn't promote nuclear or natural gas: it responds to the real-world limitations or solar PV, wind and hydro.  i'm suggesting that decarbonization via demand reduction is available through existing technology without personal sacrafice or expense.