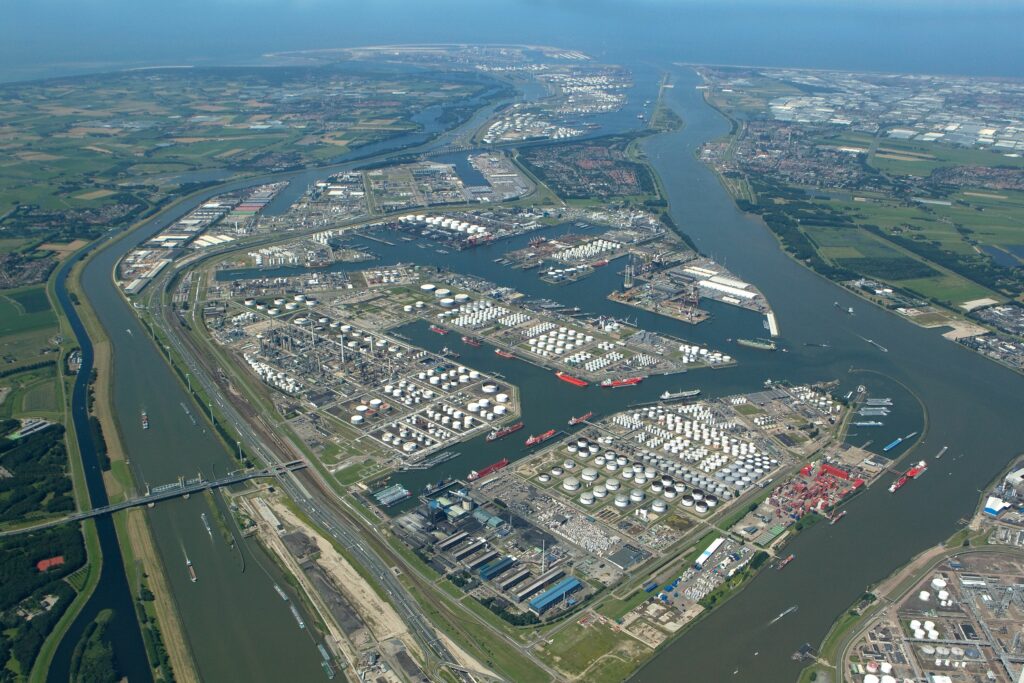 Gateway to Northwest Europe
The Gunvor site in Europoort Rotterdam is one of several European locations envisaged by Air Products for the development of a green hydrogen import terminal. It offers strategic access for receiving green ammonia from large-scale green hydrogen production locations operated by Air Products and its partners from projects around the world. The green ammonia will be converted to hydrogen and distributed to markets within Europe, including the Netherlands, Germany, and Belgium. Air Products and Gunvor both have a proven track record for reliability and safety and are committed to delivering world-class performance in personal and process safety.

Benefits to the Dutch Economy
Independent analysis from CE Delft has shown the project will ultimately deliver EUR 260-425 million of indirect economic benefits, culminating in thousands of new jobs over the coming years. The savings in carbon dioxide (CO₂) emissions to the transport sector, combined with the benefit of reduction in other harmful emissions, would create an overall environmental benefit valued at over EUR 100 million by 2030.

Ivo Bols, President Europe and Africa, said, “Air Products is pleased to take a next step towards a green hydrogen import terminal in Rotterdam, together with our partner Gunvor. Hydrogen import is essential to diversify our energy resources and meet climate objectives. Air Products, the largest hydrogen producer in the world, is committed to contribute to both ambitions by accelerating the development of the European green hydrogen economy via first-mover projects like these. We are looking forward to further cooperation with Gunvor to make Rotterdam ready for green hydrogen imports.”