Innergex holds a 66.7% interest in the facility; its partner Ledcor Power Group holds the remaining one-third. March 30 is the effective commissioning date listed on its COD certificate.

Upper Lillooet River’s should achieve an average annual production of 334,000 MWh, and in turn revenues of approximately $33 million. All of the produced electricity is earmarked by a 40-year fixed-price power purchase agreement with BC Hydro.

The facility as a whole has been a long time coming; the project’s environmental assessment certificate was initially issued in January 2013, and by May of the same year it had received its provincial and federal permits. Initial work, including site clearing, took place in the fall and winter of 2013 ahead of the start of civil construction the following year. That phase took three years and just wrapped this spring. Transmission lines were completed last year in preparation for completion.

Project partner Ledcor Power Group Ltd is privailtey held arm of the Ledcor Group. The company also has an ownership stake in another BC facility, the 7.9 MW Fitzsimmons Creek Hydroelectric Project in Whistler. 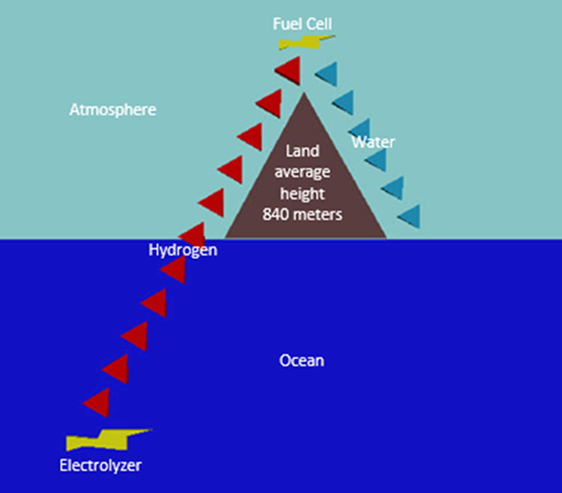 For the most abundant of these, a hydrogen grid is better suited to conveying power from the producer to consumer than an electrical grid that can also be more hazardous.

If I change things without worrying about conformity with designed systems, can I improve the output?

I climbed out of the box many years ago. My first contact with the electrical industry was when I worked with my father in law, a full time electrician in the Buffalo Ford Stamping plant. But he worked as a local residential electrician for many..

The obstacles towards 100% renewable energy future

In this article, I present why the LCOE cannot be used alone for selection of energy sources, and which parameters also have to be evaluated before we head towards 100% renewable energy future.

Funding for solar inspection by drone, long-duration energy storage, and software for utilities

A new startup is proposing an alternative form of energy storage to batteries and traditional pumped hydro - pumping pressurized-water under ground at dry oil and gas wells to deliver "on-tap" power generation.

If I change things without worrying about conformity with designed systems, can I improve the output?

The obstacles towards 100% renewable energy future

Funding for solar inspection by drone, long-duration energy storage, and software for utilities

You could have these bound and in a university library at this point, John! We're so grateful you continue to share your insights and...