SECC is a nonprofit organization that works to learn the wants and needs of energy consumers, encourage the sharing of best practices in consumer engagement among industry stakeholders, and educate the public about the benefits of smart energy

What Do Consumers Think About Their Electric Bills?

Nathan Shannon is the President and CEO of the Smart Energy Consumer Collaborative, whose mission is to advance consumer-friendly, consumer-safe smart energy through research, education and...

To dig deeper into this area, the Smart Energy Consumer Collaborative (SECC) recently conducted a 20-minute online survey of 2,013 Americans who are responsible for making energy-related decisions at home. The survey sample was representative of the U.S. population in terms of age, gender, income and geography.

The resulting report details consumers’ attitudes about their monthly electric bills, their thoughts on bills as a starting place for saving energy, their awareness of the factors that impact their bills, their understanding of the various terms on their bills and more. (The report also investigated electric rate plans, which will be covered in a future blog.)

Here are three major findings from report that demonstrate what today’s consumers think about their electric bills:

1. Most consumers have difficulty understanding their bills.

In the online survey, consumers were asked to state whether they agree or disagree (moderately or strongly) with several different statements about their electric bills. The results of this exercise demonstrate that most consumers have difficulty fully understand their bills.

Fifty-six percent of all consumers agreed that they wished their electric bills were easier to understand, and 59 percent agreed that it sometimes seems like parts of their bills are written in another language.

However, there is notable variation between SECC’s five consumer segments. The Connected Pragmatists – a younger segment that is tech-savvy but isn’t active in energy management yet – seems to struggle more with their bills: 74 percent stated that parts of their bills seem to be written in another language.

Two-thirds of Connected Pragmatists also feel that “most of what is included in an electricity bill is just there to confuse you” and distract from the amount due, while this percentage is closer to one-third for the other four segments.

2. Consumers acknowledge that their bills can help them start saving energy.

Seventy-two percent of all consumers stated they like checking their bills to see if they’ve been able to save energy that month, ranging from 82 percent of Green Pioneers to just 37 percent of Comfort Seekers agreeing with this statement. The Comfort Seekers – the smallest segment at just 12 percent of the U.S. population – are generally not concerned with saving energy at home and prefer to focus on their personal comfort and convenience.

Further, two-thirds (66 percent) of respondents agreed their electric bills provide them insights on how they can reduce their home energy consumption. While less than half of Comfort Seekers (45 percent) agreed, the majority of the other four segments agreed, including 77 percent of the Connected Pragmatists and 73 percent of the Green Pioneers.

3. Some consumers only look at how much they owe and by when.

Finally, the survey findings also revealed that while many consumers read their bills and look for ways to save energy, significant proportions of consumers in each segment only look at the amount due and the due date, which has important implications for using bills to educate and inform customers.

Seventy percent of the Connected Pragmatists approach their bills in this manner. As we found in the “Consumer Pulse and Market Segmentation – Wave 8” report, these consumers have the potential to be highly engaged customers, especially for tech-driven programs; however, providers will likely need to find another manner to engage them rather than information on the bill or bill inserts.

However, significant numbers of Green Pioneers (40 percent) and Simply Sustainable consumers (49 percent) also report they only focus on the amount due and due date, which can significantly hamper education efforts via bills. Any information being provided on the bill will likely be missed by a significant portion of the customer base.

With bills holding such a unique place in the utility-customer relationship, it’s important that electricity providers understand what consumers’ interests and concerns regarding their bills and optimize the information accordingly.

Smart Energy Consumer Collaborative (SECC)
SECC is a nonprofit organization that works to learn the wants and needs of energy consumers, encourage the sharing of best practices in consumer engagement among industry stakeholders, and educate the public about the benefits of smart energy
Follow Go to Org's Profile page
RECENT POSTS FROM THIS COMPANY

Some consumers only look at how much they owe and by when.

This isn't surprising, and it presents really a great challenge but also opportunity for utilities. If education campaigns or outreaches can be used to tap into the utility role as 'trusted energy advisor' then they have a shot at shaking customers out of thinking of their utilities as a black box but rather as a map or a way for them to start more engagement with their energy use.

I fully admit to being the type of customer who checks the amount and deadline, and not just on my utility bills.  I may do a quick scan of my credit card statements and other bills to be sure they match my rough estimate of the expected amount or contain any odd charges, then set them up for payment online.  It's probably a bad habit, but a habit none the less.

When bills do surprise me with an unusual amount, though, they have my full attention, and create a terrific customer loyalty event. I may resolve my question with information on the statement or a call to the customer service team, but I'm at a heightened expectation to get a financial question answered with haste.

Utilities have the same opportunity with on-bill education or references to material on their website to deliver answers, or make an easy transition to a customer service team member to deliver some useful education.  Those surprise high bills generate a great opportunity to create energy efficiency and loyalty moments in the customer journey if we handle them properly.

Perfect time for this post. I subscribe to a neighborhood community site called Next Door, and there was a post last week that was funny but not. The beginning of the post read "Holy Electric Bill Batman" - then the post proceeds to ask why her bill has almost tripled.

So, the first thing that came to my mind is, how can you not know why your bill has tripled? Xcel Energy sent out a notification that they were moving to TOU rates, which I am sure is part of her issue. On top of that, there has been news about rates increasing, etc.

Then, I remembered most people do not really pay attention to notifications or news related to power until they get their bills or their power goes out. For those of us who work in the industry, we pay more attention to this information.

Challenge for the industry - how do we make customers care enough to pay attention to announcements? 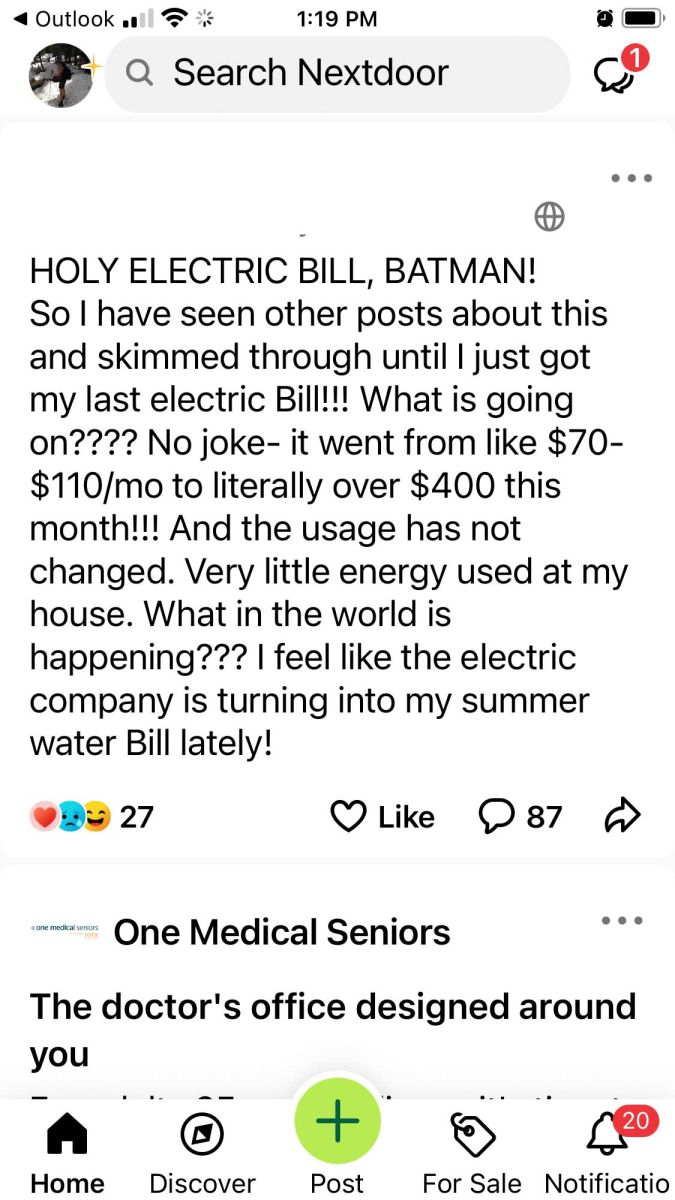