Laura Scheele is a senior media and engagement strategist with Idaho National Laboratory. She has worked in the nuclear community for more than twenty years.

Private-public partnership will use nuclear energy for clean hydrogen production

More than $10 million in federal funding will help a Minnesota nuclear power plant make hydrogen in a way that could transform the nuclear energy industry.

Minneapolis-based Xcel Energy will work with Idaho National Laboratory to demonstrate a system that uses a nuclear plant’s steam and electricity to split water. The resulting hydrogen will initially be used at the power plant, but it could eventually be sold to other industries.

Many industrial sectors, including steel and ammonia production, use hydrogen to make their products. Hydrogen also is a form of clean energy that can power vehicles. The goal of these projects is to traverse technical barriers, so commercial nuclear power plants can make and sell commodities such as hydrogen in addition to electricity.

The U.S. Department of Energy announced the funding award on Oct. 8. The new project is the first of its kind in pairing a commercial electricity generator with high-temperature steam electrolysis (HTSE) technology. It builds on a project launched last year to demonstrate how hydrogen production facilities could be installed at operating nuclear power plants. The project showcases collaboration between DOE’s Nuclear Energy and Energy Efficiency and Renewable Energy offices.

“This is a game-changer for both nuclear energy and carbon-free hydrogen production for numerous industries,” said Richard Boardman, national technical lead for the DOE Light Water Reactor Sustainability Program’s Flexible Plant Operations and Generation Pathway. “It offers a view of the energy structures of the future, which will integrate systems to maximize energy use, generator profitability and grid reliability all while minimizing carbon emissions.”

Today, industrial-grade hydrogen is produced by stripping it from natural gas molecules, emitting carbon monoxide in the process. Since nuclear power plants do not emit carbon or other air pollutants, hydrogen made by splitting water at nuclear plants can help lower the carbon footprint of industrial hydrogen customers.

“Xcel Energy was the first major American utility to pursue a vision of 100% carbon-free electricity, and now we’ll be the first company to produce carbon-free hydrogen at a nuclear plant using this technology,” said Tim O’Connor, Xcel Energy chief generation officer. “This new process continues to demonstrate how our nuclear team has innovated to make our fleet more productive and valuable for our customers.”

The project will demonstrate HTSE using heat and electricity from one of Xcel Energy’s nuclear plants, likely the Prairie Island Nuclear Generating Station. Steam electrolysis can be a very efficient process in specific applications, and it relies on high temperature to split water and produce hydrogen.

HTSE technology is a natural fit at nuclear power plants, where high-quality steam and electricity are both accessible. Xcel Energy also has a large amount of wind in its energy generation portfolio, which offers an opportunity to demonstrate how a nuclear plant’s electricity could be used to make hydrogen when wind energy satisfies grid demand.

A recent analysis under DOE’s H2@Scale initiative, led by the Hydrogen and Fuel Cell Technologies Office, estimated that hydrogen produced by HTSE at a nuclear plant could be cost competitive in today’s market. The report was published by the National Renewable Energy Laboratory.

“Today, a number of nuclear power plants could produce cost-competitive hydrogen – and, with additional electrolyzer R&D and more installations, many more nuclear plants could in the future,” said Mark Ruth, a group manager with NREL’s Strategic Energy Analysis Center who is lead author of the report.

“Hydrogen is a versatile energy carrier that can help the decarbonization of major energy sectors,” said Amgad Elgowainy, a senior scientist and group leader with Argonne National Laboratory's Energy Systems Division, and a report author.

Commercial hydrogen production via low-temperature electrolysis will be demonstrated by a previously awarded project, which launched in September 2019. Led by Energy Harbor’s Davis-Besse Nuclear Plant near Toledo, Ohio, the two-year project will demonstrate a 1- to 3-MWe low-temperature electrolysis unit to produce commercial quantities of hydrogen. The third utility participating in the project, Arizona Public Service (APS), which operates the Palo Verde Generating Station, is also evaluating the integration of nuclear energy with hydrogen production.

“Holistic integration of the energy system will involve contributions from electrical, thermal and chemical networks, as well as greater utilization of energy storage at various scales,” said Boardman. “That’s how the commercial nuclear power industry can provide reliable, sustainable, low-emission and affordable energy and energy products to its customers.”

Nathan commented on ...
Private-public partnership will use nuclear energy for clean hydrogen production

Much of the buzz around hydrogen strikes me as unconvincing, but there is some really interesting and convincing stuff here.  The underlying... 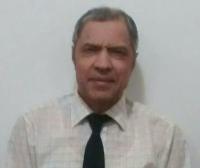 Harry commented on ...
The Future of Nuclear Energy is Here 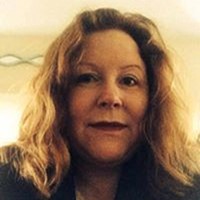 Laura commented on ...
Private-public partnership will use nuclear energy for clean hydrogen production

@Michael Keller, Apologies for the delay in responding. I needed to check with Richard Boardman before proceeding. Here is his response:

Michael commented on ...
Private-public partnership will use nuclear energy for clean hydrogen production

As I pointed out, hydrogen is used routinely with large generators but the amount needed is quite small. Easy to just use few hydrogen gas cylinders.